A fake account and a blue tick .. Was Emilia Clarke upset because of Amr Mostafa's audience?

Did the English actress Emilia Clarke ask her followers to stop sending the picture of the Egyptian composer Amr Mostafa to her or share it through her official account on Facebook before her Egyptian audience exhausted her by repeating it? 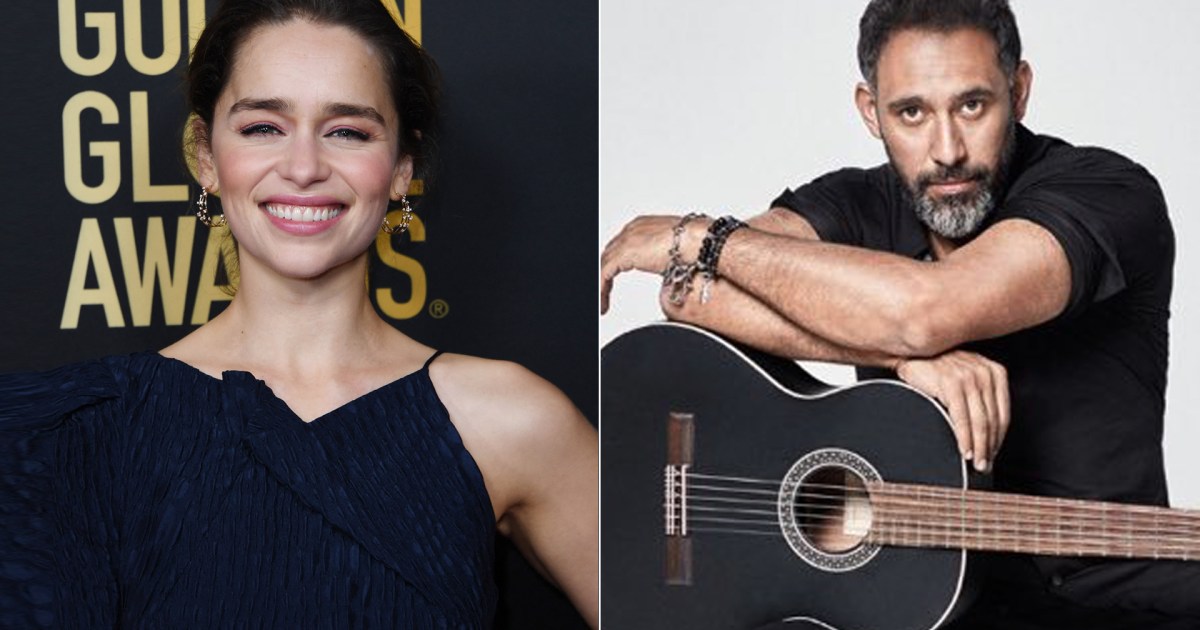 Did the English actress Emilia Clarke ask her followers to stop sending her a picture of the Egyptian composer Amr Mostafa or share it through her official account on Facebook before her Egyptian audience - especially - exhausted her by repeating the event;

So the account picture changed to that of Amr Mostafa himself?

This question has preoccupied many over the past few days, and if it has returned to become the "most interactive" on Facebook and Twitter today again, what is the reason?

"Mother of Dragons" brings Amr Mostafa to the world

The story dates back to the early days of Ramadan, after an old video of the composer Amr Mostafa published the publications of the communication platforms, during which he appeared criticizing a sexual suggestion in one of the Ramadan drama series, denouncing its presentation in the holy month, shouting in the face of the late media Wael Al-Ibrashi, “In Ramadan? in Ramadan?"

And soon this clip turned into a “comic” used by the pioneers of social media platforms as a humorous and interactive response to many publications, including a personal picture published through an account that appeared officially to Emilia Clarke on Facebook, and in front of the Egyptians repeatedly using Amr Mostafa’s image as a response to her image. circulated, everyone was surprised by her angry comment, "Stop using this picture", especially since she does not know what it means.

Here, the comments poured down on her, trying to explain the matter to her lightly, so it was not from the same account that he re-published a picture of the star’s gathering with the Egyptian international football player Mohamed Salah, and then in a light-hearted gesture she replaced the image of Amr Mostafa with Salah through the Photoshop program, which increased the audience’s enthusiasm. Attracting new followers to the account.

When someone wants to watch game of thrones

From Amr Mostafa to Hamu Beka

The issue did not end there, but the dose of comedy increased even more when the publication decided to point out the great similarity between one of Emilia Clarke's dresses and a "suit" previously worn by the Egyptian popular singer Hamu Beka;

Then the audience waited for the star's reaction, wondering whether she would raise Hama Beca's status and bring him to the world, as she did with Amr Mostafa or not!

So, those in charge of the account replay the ball and comment on Becca's picture: "Stop using this picture."

Died 😭 British actress Emilia Clarke, star of Game Of Thrones, changed her picture on Facebook and downloaded Amr Mostafa's picture from the clip #In_Ramadan and a comment about #Hamo_Beca is installed 😭 @AmrMostafa pic.twitter.com/bRAWA6Suhp

All of the above delighted Emilia Clarke's Arab followers, and it was happily circulating among them until a few hours ago, as they were able to attract the attention of a star the size of Emilia Clarke, and influence the itinerary of her publications on her official page, until some Facebook pioneers revealed the truth of the account in circulation.

Although the account attributed to the American actress has the blue mark that suggests that the account is already documented and official, and the number of its followers exceeded 1.6 million, it turned out that it is a normal account run by Egyptians from inside Egypt and has nothing to do with Clark.

Indeed, the page had previously been called “Katy Perry”, and then changed a few months ago to become “Emilia Clarke”, and what is currently happening is nothing but propaganda to attract more followers, and then sell the page for a huge amount of money.

As for how to confirm the account and get the blue tick as long as it is not official?

Some interpreted this as a common matter, unfortunately, and it often happens, but in illegal ways.

It is reported that Emilia Clarke is an English actress who has been nominated for an Emmy Award 4 times. She presented her in the famous epic series "Game of Thrones", during which she played the role of "Mother of Dragons".