Presidential 2022: Eric Zemmour supporters want to "look to the future"

At Éric Zemmour's HQ, at the Maison de la Mutualité in the 5th arrondissement of Paris, the atmosphere was not festive. The candidate called for Marine Le Pen to vote in the second round. 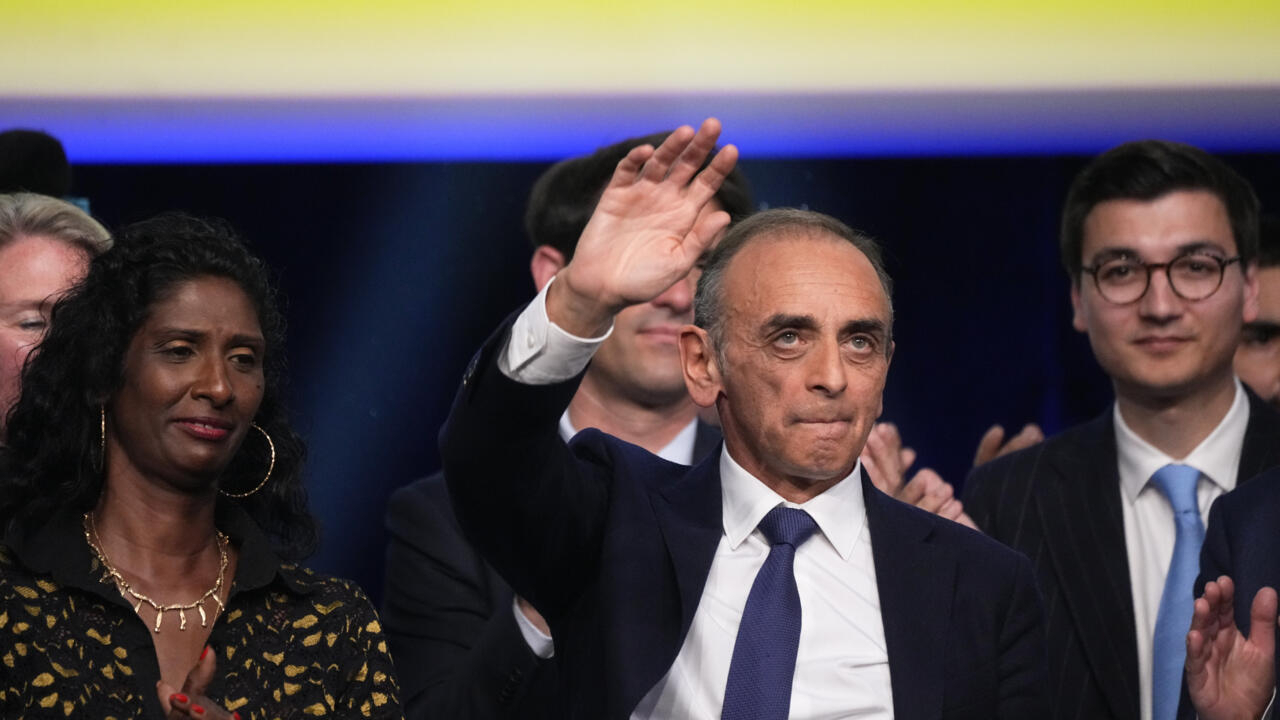 Presidential 2022: Eric Zemmour supporters want to "look to the future"

Éric Zemmour addresses his supporters at his campaign HQ on April 10, 2022 in Paris.

At Éric Zemmour's HQ, at the Maison de la Mutualité in the 5th arrondissement of Paris, the atmosphere was not festive.

The candidate called for Marine Le Pen to vote in the second round.

With our special correspondents at the Maison de la Mutualité,

Huge disappointment among Eric Zemmour's activists to see their candidate so low in the results.

Some burst into tears.

I don't think I have yet realized that he was not in the second round, of course there is disappointment

We really believed in it, we really gave all our strength for our candidate and inevitably, there are the emotions that go with it

With tears in his eyes, Éric Zemmour speaks out against his 1,500 activists and accepts his defeat.

Of course I made mistakes, I mean I take them all.

I owe a lot of my successes to my team, I owe them none of my failures

The Reconquest candidate calls for a vote for Marine le Pen in the second round.

Among the few tenors of the party who agree to respond to journalists, Nicolas Bay, defector from the National Rally who joined Éric Zemmour during his campaign.

The main thing is to look to the future, the future is the second round, it's the duel between Marine Le Pen and Emmanuel Macron, so we call without ambiguity to vote for Marine Le Penn

Some Reconquest executives see even further.

Éric Zemmour is ahead of Valérie Pécresse, and it's already a victory in itself for Gilbert Collard.

Let's wait for the legislative elections, it's the third round that counts

Many want to believe that the legislative elections will give new impetus to the party of Éric Zemmour, who dreams of establishing itself as the figure of the opposition on the right.

►Also read: Towards a Macron-Le Pen duel: relive the first round of the French presidential election