A veteran Hong Kong journalist was arrested by national security police on Monday for "conspiring to commit a seditious publication". That's what a sour said... 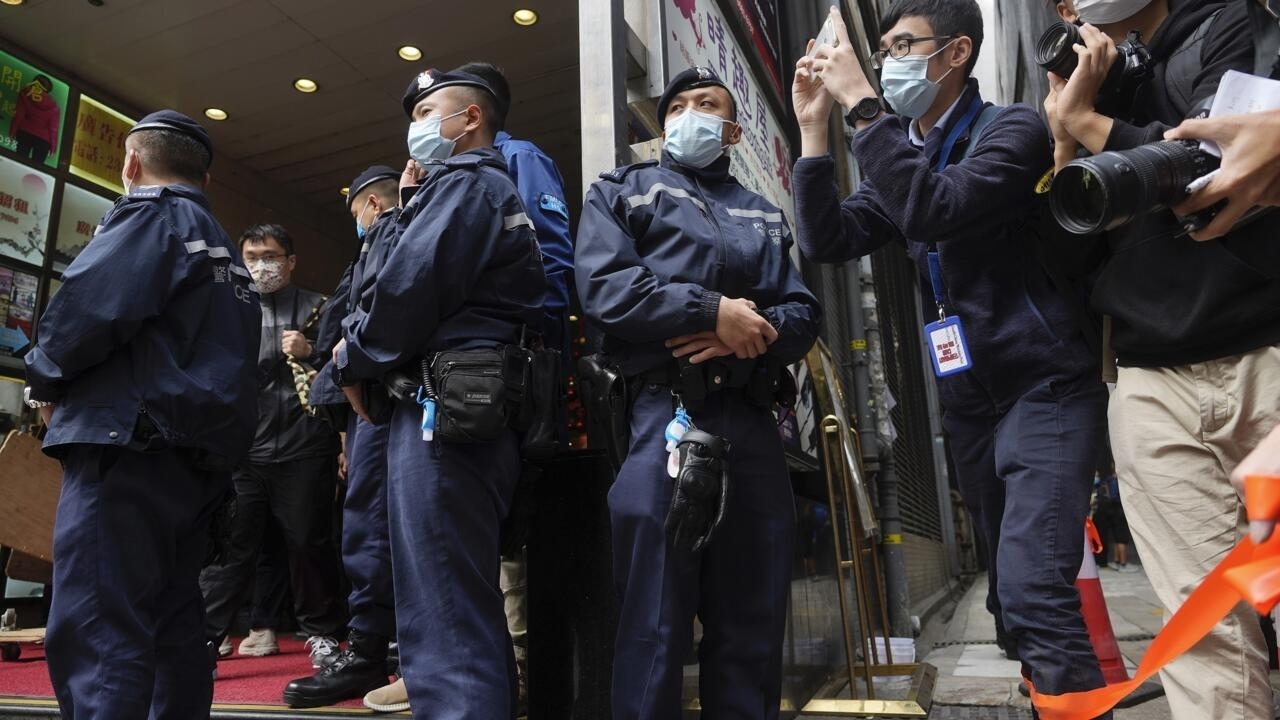 Police officers stand guard outside the building that houses the Stand News office in Hong Kong, where Allan Au worked, during a search on December 29, 2021. AP - Vincent Yu

A veteran Hong Kong journalist was arrested by national security police on Monday for "conspiring to commit a seditious publication".

This was reported by a police source and local media.

This arrest is the latest blow against the local press in Hong Kong, whose freedom has been considerably eroded since Beijing regained control of the territory.

Allan Au, a 54-year-old journalist and journalism professor, was arrested at dawn on Monday by police officers in charge of national security in

A high-ranking police source confirmed to

conspiracy for a seditious publication

Allan Au is a former columnist for the pro-democracy news site Stand News, forced to close at the end of December after being subjected to a series of searches and the arrest of seven people for “

have already been charged with “

National security charges have also been filed against

Jimmy Lai and six former executives of his pro-democracy newspaper Apple Daily, which was also forced to shut down last year.

The offense of sedition, long fallen into disuse

” every morning on Facebook to make sure he was safe.

This columnist notably published in 2017 a book on censorship in Hong Kong.

For more than ten years, he was responsible for a current affairs program on the Hong Kong public broadcaster RTHK.

Allan Au was fired by the channel last year after authorities overhauled its programs and wanted the previously editorially independent media to toe the official line.

" is punishable by two years in prison under a law dating from 1938. Initially promulgated by the British colonial power to repress supporters of Communist China, this text had fallen into disuse.

In 1997, when Hong Kong returned to China, it had not been used for decades.

But he was exhumed recently by city authorities as part of a crackdown on the pro-democracy movement, in addition to a draconian new national security law imposed in 2020 by Beijing.

To read: Hong Kong: one of the last independent media announces its closure