Dutronc father and son ready to serve their general tour

The father, the son and the caustic Holy Spirit: Jacques and Thomas Dutronc are launching their first joint tour this week, with, among the hits, "L'opportuniste", still relevant between two… 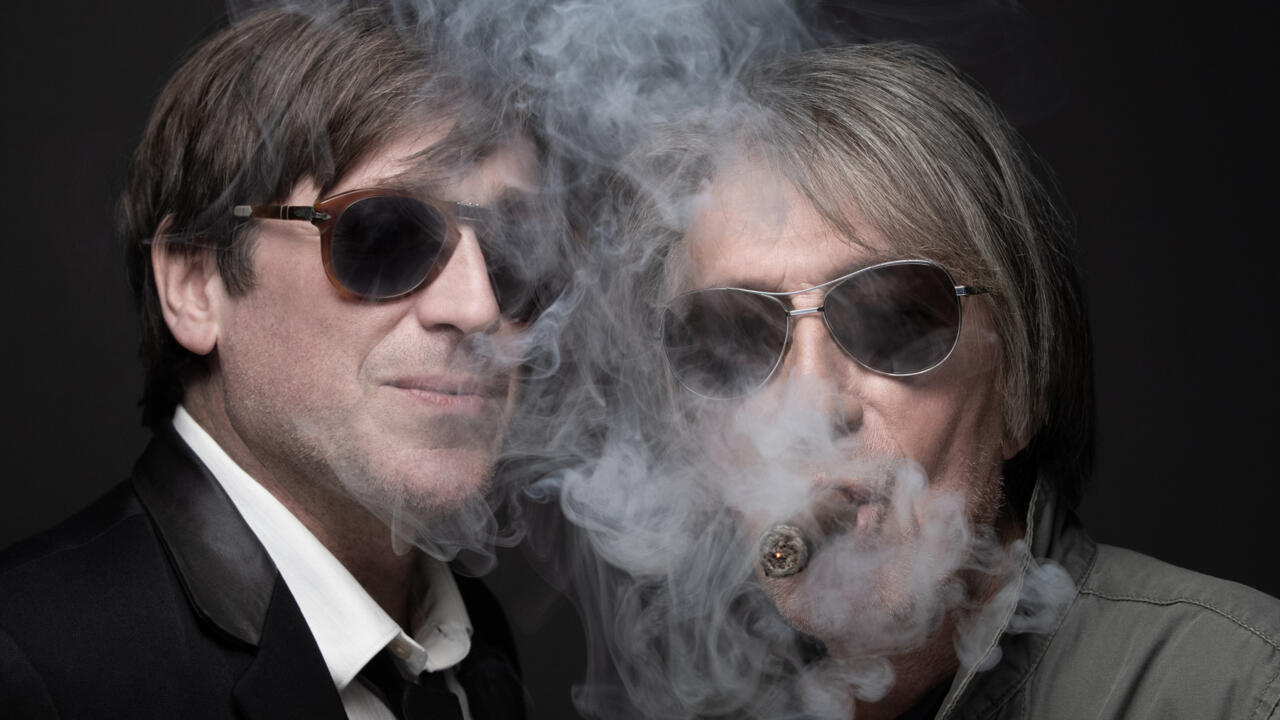 The pair are also not asked to play on this political timetable for their press conference in Courbevoie on Monday, the eve of their first date in this city in the Paris region on Tuesday.

Small flags "Vote Dutronc & Dutronc" are distributed to journalists at the entrance to the room where they perform and the slogan "for the increase of the taste of life" appears on a screen behind them while they interpret " L'opportuniste", one of the two titles as an aperitif before a little game of questions and answers.

Jacques Dutronc, 78, enters the scene wearing cowboy boots in slippers, Ray-Ban on his nose and eternal cigar in hand.

He is in great shape, his voice well in place for a tonic rereading of his titles.

His repertoire is re-orchestrated rock (which gives new life to "Et moi, et moi, et moi", the other title played) under the direction of Thomas, on guitar, surrounded by five musicians.

Thomas Dutronc and his father Jacques during the 37th Victoires de la Musique, at the Seine Musicale in Boulogne-Billancourt in the Hauts-de-Seine on February 11, 2022 BERTRAND GUAY AFP / Archives

Once the two tracks have been played, they respond to the press in their half-bar, half-recording studio setting from the stage, overlooking the journalists seated in front of them.

It's a brand and a family tradition, the interview will be disjointed and schoolboy.

Like when Thomas slips that he met earlier "a somewhat drunken guy" who said to him "hey, I'm going to do + The opportunist + and ask you for a small piece".

Asked about the qualities they recognize in the other, Jacques replies: "I have seen so many friends who had poisons for children, I was lucky".

Before developing: "Thomas is a great worker, which is a quality, except perhaps in Corsica, with me, that's an average".

The interpreter of "Cactus" delights in the role of the laziness expert recluse in his lair in Corsica, surrounded by his cats and his friends, until his son comes to pick him up for this XXL tour.

The series of shows soberly baptized "Dutronc & Dutronc" passes, after Courbevoie, through two evenings at the Casino de Paris, then through festivals and finally large halls in France, Belgium and Switzerland until the end of the year.

Jacques Dutronc during the 37th Victoires de la Musique, at the Seine Musicale in Boulogne-Billancourt in the Hauts-de-Seinele February 11, 2022 BERTRAND GUAY AFP / Archives

"I took a photo after a rehearsal and I caught you in the act, you smile and you are happy to be there", affectionately slips his son, "so happy" with this tour.

One of the rare other times when the two men will be serious, it is by evoking the one who is missing in the painting in Courbevoie, but who is so present, Françoise Hardy (treated for cancer of the pharynx, she no longer appears in public) , mother of Thomas.

"It's a bit for her that I'm here, she tells me that it makes Thomas so happy," says Jacques.

"My mother is worried, she tells me + but it's going to be very jazz like on your last tour? +, + But no mom, it explodes, what does it send +, I answer her", unfolds Thomas.

His parent will still put the right words in parentheses when explaining why he does not play guitar on this tour: one of his cats made him fall in Corsica and he kept a hollow mark at the height of his cheekbone and a difficulty in regain maneuverability with one hand.

But hunt the natural, it comes back at a gallop.

Like when we ask them if this tour will lead to a record by Dutronc father and son.

There, it's Thomas who replies, mischievous: "we have lots of projects in progress but, shhh, my father may not be aware of everything (laughs)".