Electric scooters will start operating in 10 Dubai districts on Wednesday

The Roads and Transport Authority and the Dubai Police General Command announced the start of the actual operation of the first phase of the electric scooter in 10 areas in Dubai and on the bike paths designated for it, starting next Wednesday.This step comes in line with the issuance of His Highness Sheikh Hamdan 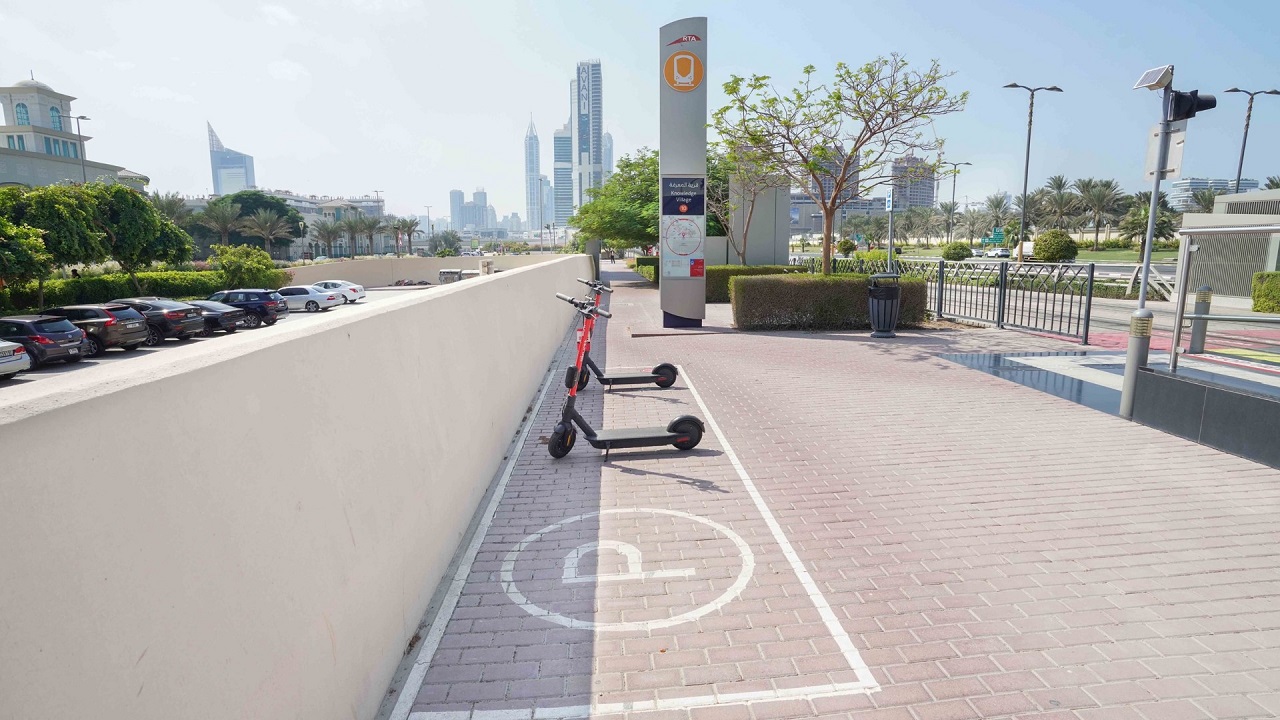 Electric scooters will start operating in 10 Dubai districts on Wednesday

The Roads and Transport Authority and the General Command of Dubai Police announced the start of the actual operation of the first phase of the electric scooter in 10 areas in Dubai and on the bike paths designated for it, as of next Wednesday.

This step comes in line with the issuance of His Highness Sheikh Hamdan bin Mohammed bin Rashid Al Maktoum, Crown Prince of Dubai and Chairman of the Executive Council, Council Resolution No. 13 of 2022 regulating the use of bicycles in the Emirate of Dubai, which aims to support efforts to transform Dubai into a bike-friendly city and encourage Residents and visitors are encouraged to use alternative modes of transportation and culminate in the great success of the trial run of the electric scooter that began in October 2020.

Mattar Al Tayer, Director-General and Chairman of the Board of Executive Directors of the Roads and Transport Authority, said: "The first phase covers the areas of Sheikh Mohammed bin Rashid Boulevard, Jumeirah Lakes Towers, Dubai Internet City, Al Rigga, 2nd December Street, Palm Jumeirah and City Walk, in addition to safe roads in the Al Qusais, Al Mankhool and Al Karama areas, within A specific track and range, in addition to 167 kilometers of tracks designated for bicycles and electric scooters in various regions of the Emirate of Dubai, except for bike paths in Seih Al Salam, Al Qudra and Maidan,” noting that the selection of these areas and tracks came in accordance with specific criteria such as areas with high population density, special development areas and areas. It is served by metro stations and mass transit means, and provides integrated infrastructure and areas with a high level of traffic safety.

He added: "The operation of shared electric scooters in areas where driving is permitted is limited to four companies, including two international companies, Terre and Lime, and two local companies, Rabbit and Skirt, with no less than 2,000 electric scooters for the next phase. The selection of the four companies came after their success in the trial operation phase and their achievement of high rates. Customer satisfaction reached 82%. The results of the trial run also showed the suitability of the electric scooter as a suitable means for individual transportation for short trips and first and last mile trips. The number of trips executed until the end of 2021 reached about 500,000 trips.” On its website: www.rta.ae, those wishing to apply free of charge to obtain a permit to drive an electric scooter on safe roads in the areas specified by the authority, after obtaining training courses and passing the test via the website.

For his part, Lieutenant-General Abdullah Khalifa Al Marri, Commander-in-Chief of Dubai Police, valued the issuance of His Highness Sheikh Hamdan bin Mohammed bin Rashid Al Maktoum, Crown Prince of Dubai and Chairman of the Executive Council, Council Resolution No. 13 of 2022 regarding the regulation of bicycles in the Emirate of Dubai, because of its impact on encouraging bicycle use. And electric scooters in mobility operations, and the contribution of this decision to achieving the government's orientation to transform the emirate into a bike-friendly city as a safe and environmentally friendly alternative for short-distance transportation.

He stressed that work is underway, in cooperation with the Roads and Transport Authority and strategic partners, to implement the directions of the Dubai government, pointing to the efforts made by the relevant public departments in Dubai Police to ensure the implementation of safety and security requirements and compliance with relevant laws and legislation.

He added: "Dubai Police is keen to ensure that road users abide by laws and legislation in order to enhance the trends aimed at making Dubai a preferred place to live and work, a preferred destination for visitors, the safest and the city with the lowest carbon footprint in the world, in addition to contributing to the achievement of the Emirates Energy Strategy 2050, and our duty in Dubai Police to control The road, and ensuring that cyclists, electric scooters and all other means of transportation comply with safety requirements to protect them and others from road hazards.

Executive Council Resolution No. 13 of 2022 specified the technical specifications that must be available on the bicycle and electric scooter, including a main white lamp in the front, a red lamp and a red reflector in the rear, an audio alert device installed on the steering wheel, and brakes on the front and rear tires, in addition to a proportionality between the sizes of the tires. The size of the bike, and that the tires are suitable for running on the road or path specified by the authority, and that the size of the bike is commensurate with the size of its driver.

The authority called on the public to choose high-quality electric scooters to avoid accidents of burning batteries or frequent technical malfunctions.