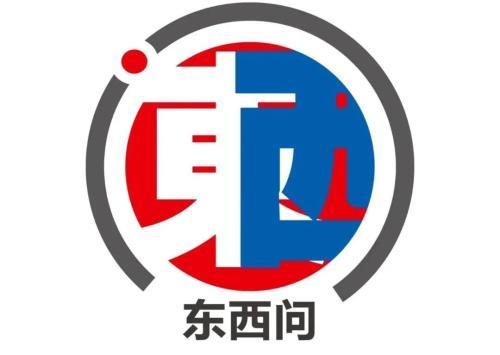 How to make Chinese opera cross the cultural gap and let overseas audiences move from cultural curiosity to appreciation and recognition, so as to promote exchanges and enhance understanding?

Zeng Xiaomin, a famous Cantonese opera performing artist, winner of the Chinese drama "Plum Blossom Award" and "Wenhua Performance Award", and director of the Guangdong Cantonese Opera House, said in an exclusive interview with China News Agency "Dongxi Wen" recently that by promoting the integration of Chinese opera and film and other media, strengthening the Repertory creation with international vision and international expression, building a new media platform for opera, realizing cross-cultural dissemination of Chinese opera, and letting the world know and understand the real and lovely China from the small incision of art.

to the nation is what belongs to the world.

Chinese opera is rooted in life, and its expression is higher than life.

Its lyrics and music are beautiful, and its resonance ability is strong. It is one of the communication carriers that can best represent Chinese-style aesthetics and cultural temperament.

Chinese opera can break through the limitations of time, space and language and move people with emotion.

Because of its Chinese characteristics and oriental aesthetics, it is easy to attract foreign people, and then be accepted, liked, and respected, telling the story of exporting China in a unique way.

History also proves that Chinese opera is an effective carrier for cross-cultural communication and dissemination.

As an important type of Chinese opera, Cantonese opera has a history of more than 400 years, and it has also been spread across the ocean to other regions for more than 100 years.

In 1852, Cantonese Opera went abroad to perform in San Francisco, USA, which opened a window for the world to understand Chinese traditional culture, and became one of the typical representatives of Chinese opera overseas.

In 1930, Mr. Mei Lanfang, a master of Peking Opera, visited the United States to perform, which once again attracted the world's attention to Chinese opera.

In particular, Kunqu Opera, Cantonese Opera and Peking Opera have been successively selected into the "Representative List of Intangible Cultural Heritage of Humanity", which further reflects the world value of Chinese culture and art with distinctive national characteristics represented by opera.

China News Service reporter: With the changes of the times, Chinese opera faces the dilemma of shrinking market and other aspects.

Where is the direction for Cantonese opera to overcome the development difficulties and expand its influence at home and abroad?

The future of Chinese opera lies in keeping upright and innovating.

In recent years, traditional Chinese opera has frequently cross-border integration "out of the circle", attracting more attention and support from young people both domestically and internationally.

The reason is that when "The Legend of the White Snake: Love" was made into a film, it used many of the latest Western film techniques and styles, such as photography, art, props, music, special effects, etc., to present the most authentic traditional oriental aesthetics. In the delicate balance of protecting the tradition of Cantonese opera and showing the style of the times, a useful exploration has been made.

While "The Legend of the White Snake: Love" has been widely recognized in China, it has also explored overseas communication channels along the way.

At the 2019 China (Guangdong) Film European Exhibition, the main creative team took their works to Venice and Milan, Italy, Athens, Greece, and Madrid, Spain to meet the audience. They also redesigned posters and translated English subtitles according to the aesthetic habits of American audiences.

Cantonese Opera Movie "The Legend of the White Snake • Love"

In addition, a Cantonese opera "Red Turban" launched by Guangdong Cantonese Opera House in recent years, its performance not only combines traditional Cantonese opera's traditional singing and posture, but also incorporates different artistic elements such as modern dance and rock rap, allowing audiences at home and abroad to enjoy Cantonese opera. While performing traditional arts, there is a more modern and diverse sensory experience.

The Singapore government established a museum for them, issued stamps and included them in textbooks, paying tribute and recognition to them at all levels of national heights.

Therefore, the Cantonese opera "Red Turban" created by this group not only shows the regional groups of Lingnan women struggling overseas, not only the representatives of the cultural groups that Chinese people develop overseas, but also the Chinese nation in poverty, weakness and suffering. The typical event of the humiliating era, which is internationally respected for its national virtue, is a rare attempt to show the Chinese image, Chinese voice, and Chinese spirit in the historical reality and the world's vision.

This is a repertoire that not only represents the spirit of the Chinese nation, but also can be integrated into the world stage.

China News Service reporter: To promote Chinese opera to better tell the story of "real China", what aspects can we start from now?

At present, in the context of growing economic strength and complex international public opinion and cultural environment, we should further support excellent Chinese opera to go abroad and go global, tell Chinese stories well, build cultural self-confidence in the new era, and establish an overseas image of "cultural China". .

Moreover, in the context of economic integration and the global epidemic, people around the world are more eager to understand each other's lives and look forward to eliminating misunderstandings.

In my opinion, efforts can be made in three areas:

First of all, promote the establishment of a digital library of Chinese drama creation, encourage more screenwriters to extract themes and themes from the needs of the times, the changes in China, and the call of the people, and establish a play script library that can be created and rehearsed by key academies; Experts and scholars with creative ability, stage creativity realization ability, and international vision transformation ability provide stable cooperation for professional troupes; make use of digital media and digital technology to form the compilation and summary of contemporary opera dramas.

Secondly, set up a special fund for the creation and dissemination of Chinese opera works, carry out a one-stop support policy of "creation, performance, and promotion" for key opera themed works, set up an expert group to follow up and guide, and formulate operational plans for packaging, publicity, and domestic and foreign promotion according to local conditions. , especially to promote the continuous promotion and dissemination of Chinese opera overseas; according to the development path of movies, there have been precedents in various countries, that is, movies with certain themes were initially unknown at home, but they were widely released internationally. Brilliant.

In addition, jointly build a new media opera channel to promote the seamless link between traditional mainstream media opera channels and new media resources; promote new media communication platforms to increase cooperation with the opera industry, accelerate the progress of cooperation, and focus on key opera projects. The flow of traffic is drained, and the attention of domestic and foreign audiences is increased.

Won the title of "Famous Cultural Master and "Four Batch" Talents in 2019 by the Central Propaganda Department, and "Model Worker of Guangdong Province" in 2020.