Serbia's links with Russia have made Belgrade an attractive destination for Russians who have had enough of the Putin regime and are seeking refuge abroad. But the country is divided over Russia's actions. 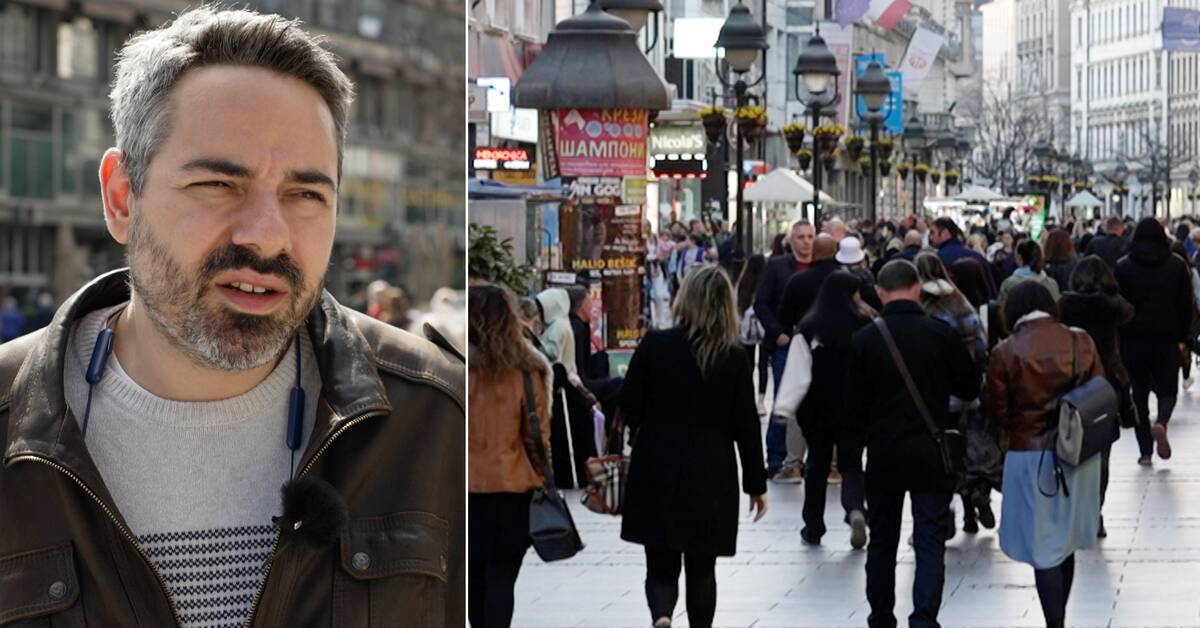 In front of the statue of a riding prince Mihailo in the Republic Square in Belgrade, Peter Nikitin stands and prepares for today's demonstration against the war in Ukraine.

He presents different flags on the stand, next to each other are a Ukrainian, a Serbian and a Russian flag.

He himself is originally from Russia but has lived in Belgrade for six years.

- There is a large, growing group of Russians here in Belgrade and of those I know, there is not a single one who is not 100 percent for Ukraine and 200 percent against this war.

We have all the families and friends there, our whole civilization comes from Kyiv and therefore we can not be silent.

We must show our support for Ukraine, says Peter Nikitin.

Among Serbs, according to security expert Stefan Vladisaljev, it is about as much for Russia's war in Ukraine as against war, while a recent poll showed that about 95 percent of Serbs polled see Russia as an ally or important partner.

- There is a commonality in culture, religion and important collaborations on energy issues and loyalty from Russia in the Kosovo issue, which affects the Serbs' image of Russia, says Stefan Vladisaljev, security expert focusing on Eastern Europe and China.

But there is also a large group of pro-Russian ultranationalists in Serbia who have staged demonstrations in support of Putin and his war in Ukraine, among them Putin's rhetoric about resistance to, what they call, Ukrainian Nazism and the oppression of Russians.

Peter Nikitin says that they almost always meet Serbian Putin supporters when they demonstrate against the war in Ukraine and expect them to show up on this day as well.

- They shout or throw things at us, says Peter Nikitin.

That support for the Putin regime and his war in Ukraine is strong among some of the pro-Russian Serbs is clear and creates uncertainty among the newly arrived Russians who have come to Serbia in recent months to escape the Putin regime.

Something that made them seek support from each other in how to deal with the unwelcome support from the Serbs who support Putin's Russia.