The European Union expressed its deep concern over Tunisian President Kais Saied's decision to dissolve parliament and prosecute some of its members, and called for a quick return to normal work for institutions, while the Public Prosecution is investigating today with members of the dissolved parliament. 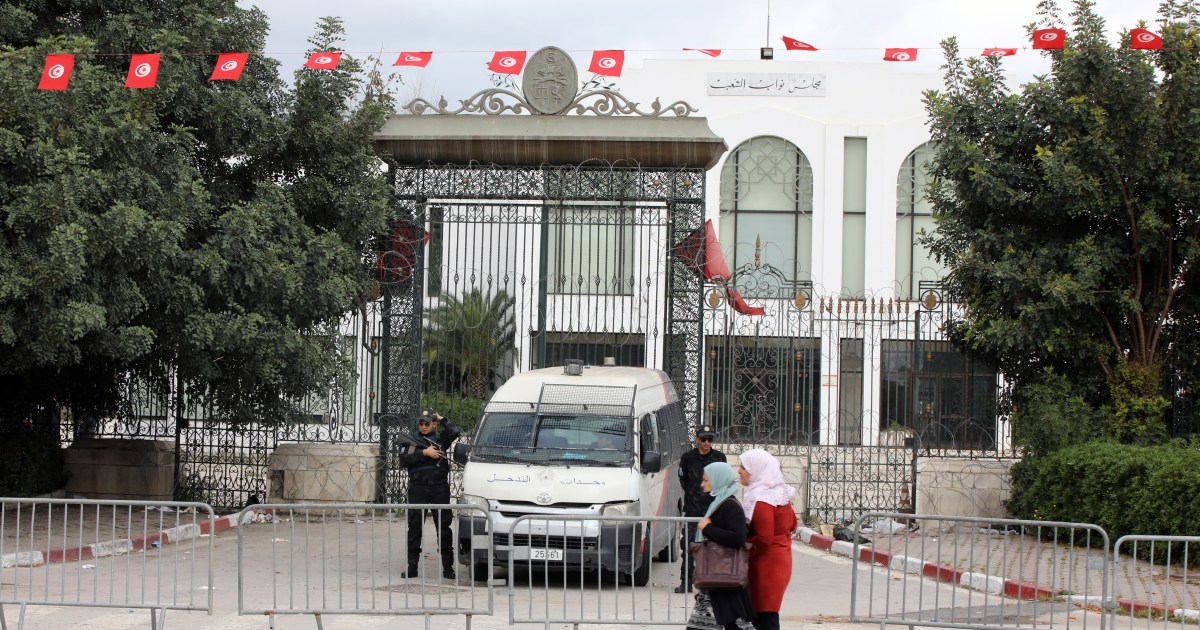 The European Union expressed its deep concern over Tunisian President Kais Saied's decision to dissolve parliament and prosecute some of its members, and called for a speedy return to the normal work of institutions, while the Tunisian Public Prosecution is expected to investigate members of the dissolved parliament today, Friday.

In a statement published late on Thursday evening, Nabila Masrali, spokeswoman for the European Union's Foreign and Security Policy Coordinator, Josep Borrell, said, "We call for a return as soon as possible to the normal work of the institutions and we continue to follow closely the various stages of implementation of the political timetable approved in December." December 2021.

She added that the reform process in Tunisia must be based on a comprehensive dialogue for all political and social parties.

The spokeswoman for the European Union's Foreign and Security Policy Coordinator urged the authorities to respect the democratic gains made in the country in recent years, the separation of powers, the rule of law, and the guarantee of fundamental rights and freedoms, in order to ensure the country's stability and prosperity.

Members of the European Parliament’s Foreign Affairs Committee are scheduled to visit Tunisia next week, and the European Union delegation in Tunisia said that this delegation would reaffirm the need for an inclusive political dialogue and respect for the rule of law, civil liberties and human rights, as well as the need for a political system based on democratic principles. .

The US State Department responded to the decision to dissolve Parliament by calling on the Tunisian authorities to quickly return to constitutional rule, and to involve various political and social parties in any political reform process.

Subsequently, the US embassy in Tunisia said that Ambassador Donald Bloom met Tunisian President Kais Saied on the occasion of the end of his duties as ambassador to Tunisia, and urged him to return quickly to democratic constitutional rule, including the return of the elected parliament.

However, Tunisian President Kais Saied announced a few days ago that he is proceeding with the implementation of his agenda that he previously set, which includes reformulating the constitution to change the presidential system towards the establishment of a presidential system, while changing the rules for electing members of Parliament by adopting the method of voting on individuals instead of voting on party lists, as well. It was until the 2019 elections.

Said said that the results of the "national consultation" that took place online between January and March, and in which only 500,000 Tunisians participated, according to official figures, and should be a starting point for any reforms, and the authorities published the results of the consultation and said that the majority expressed its support To adopt the presidential system instead of the current semi-parliamentary system.

Meanwhile, the Public Prosecution Office in Tunisia is expected to investigate 10 lawyers from the parliament dissolved by President Said, on charges of "conspiring against the state".

The investigation with these representatives comes a week after others, including the speaker of the dissolved parliament, Rashid Ghannouchi, appeared before the National Anti-Terrorism Unit on the same accusation.

For her part, the lawyer and representative of the Ennahda movement, Latifa Al-Habashi, told Anadolu Agency that the Tunis Lawyers Branch has been informed that 10 lawyers from the Assembly of the Representatives of the People will be investigated on charges of conspiring against the state, noting that there are special procedures that concern lawyers when they are called to investigate them as they are lawyers .

Despite the prosecution of the deputies at the behest of President Saeed, the Speaker and other deputies announced that the activity of the legislative institution would continue.

Ghannouchi condemned the decision to dissolve parliament, describing it as false and dangerous, and denouncing the referral of deputies to investigation on charges including conspiracy against the state.