"Hand of God" and "goal of the century": the sale of Maradona's jersey is debated

Sotheby's announced on Wednesday the auction of the tunic that the Argentine idol wore when crucifying England in the quarter-finals of the 1986 World Cup. But while the May… 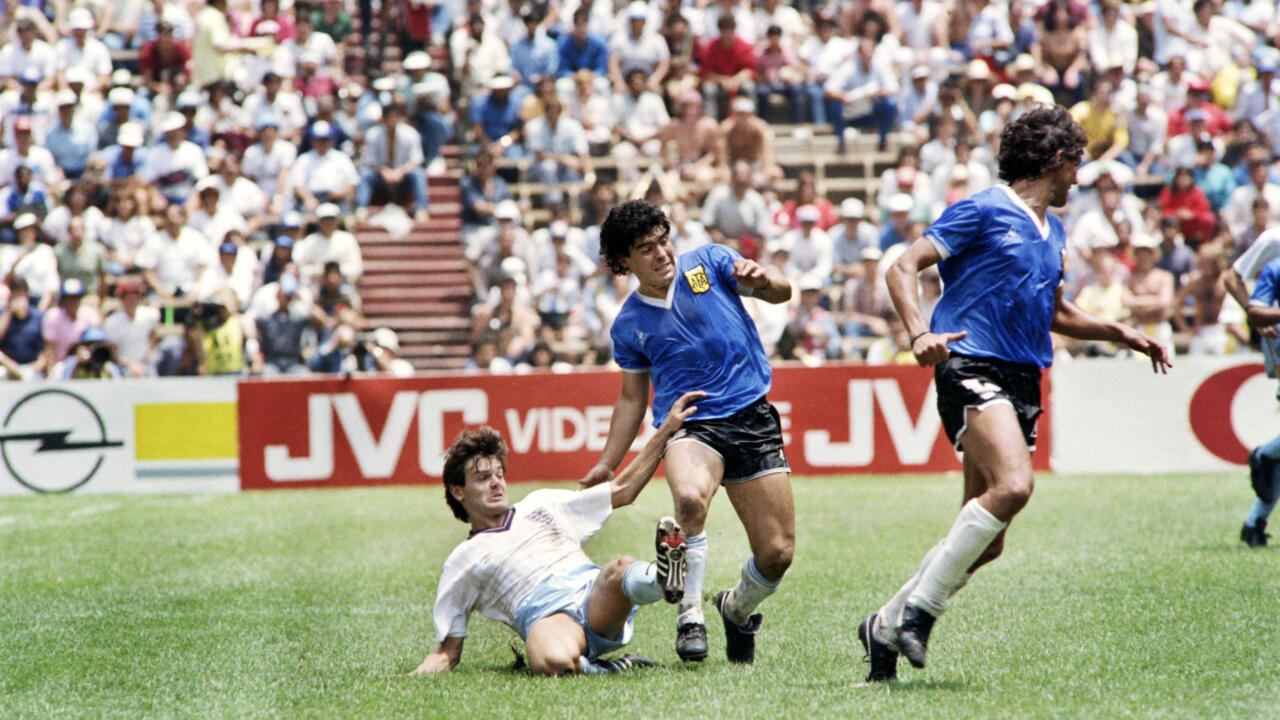 "Hand of God" and "goal of the century": the sale of Maradona's jersey is debated

Sotheby's announced on Wednesday the auction of the tunic that the Argentine idol wore when crucifying England in the quarter-finals of the 1986 World Cup. But while the shirt could sell for more than 5 million dollars, the daughter of Diego Maradona has sown doubt by questioning its authenticity.

From our correspondent in Buenos Aires,

The man with the Maradona jersey.

This is the title of the autobiography of English footballer Steve Hodge.

For more than 35 years, the former international midfielder claims to be the owner of the tunic that the "Pibe de Oro" wore during the quarter-final of the World Cup against England in 1986, and with which he scored the two most famous goals of his career, the first from the hand and the second after a fantastic ride.

►To re-read: Diego Maradona, death of a universal legend

But as the relic is about to be auctioned by Sotheby's, one of Diego Maradona's daughters, Dalma, has questioned the authenticity of the tunic.

He [Hodge] doesn't have the two-goal jersey, but obviously he can't say that, because the other one, the one he has, is worth a lot less!

[…] I'm not saying that because this man is trying to make money from it, which he shouldn't do, but because it's the truth, and the people who are going to participate in the sale must know

it”, she launched in the program

on Radio Metro, where she is a columnist.

First or second half?

According to Dalma Maradona, the shirt that Steve Hodge received from the hands of the Argentine idol, and which will be auctioned on April 20, is actually the one worn by Maradona in the first half, before he scored the past goals to posterity as "the hand of God" and "the goal of the century".

🇦🇷⚽️🔟 35 years to the day after Maradona's goal of the century to the English, the Argentinians are invited at 4:09 p.m. to relive together, volume at full volume, the legendary commentary by Víctor Hugo Morales to pay tribute to Diego.

The second half jersey is said to be in the possession of another person, whose identity she refuses to reveal.

Information that the daughter of the former captain of Albiceleste claims to have from her father himself: “

We had discussions on this subject, he told me: “

Why would I have given the jersey the most? important in my

A version confirmed by his mother, Claudia Villafañe, for whom "

it will be his version [of Hodge] against ours

The stakes are high, when you know that the tunic could sell for between 5 and 8 million dollars, a record for a football jersey.

Sotheby's, which is organizing the sale, was quick to counterattack, pointing out that the authenticity of the jersey, which was exhibited for 18 years at the National Football Museum in London, had never been questioned.

The auction company has refuted the version of Diego Maradona's daughter and ex-wife, also highlighting the expertise provided by the company Resolution Photomatching, which specializes in the authentication of sports jerseys thanks to the 'picture.

In the center, the jersey of discord, that of Diego Maradona in the quarter-final against England in 1986, on display at the National Football Museum in Manchester, in November 2020. AP - Jon Super

A version accredited by the unusual story of the tunics worn by the Argentines during this quarter-final against England.

Unhappy with his team's away shirts, which had no holes to wick away perspiration, Argentina coach Carlos Bilardo sent a member of his staff to buy new ones 48 hours before the match.

It was only the day before the match that Rubén Moschella returned with tunics that had found favor with the coach.

But these were blank, so they had to be hastily flocked and sewn on.

According to Sotheby's, it was these imperfections due to this emergency that made it possible to authenticate the jersey that will be put on sale, by comparing it to photos of the match.