The Times: Washington imposed sanctions on Putin's two daughters... who are they?

After revealing the "terrible killings" that the Ukrainian town of Bucha witnessed, Washington decided to impose new sanctions on Moscow, in which the two daughters of Russian President Vladimir Putin were singled out. Who are they? Why target them with sanctions? 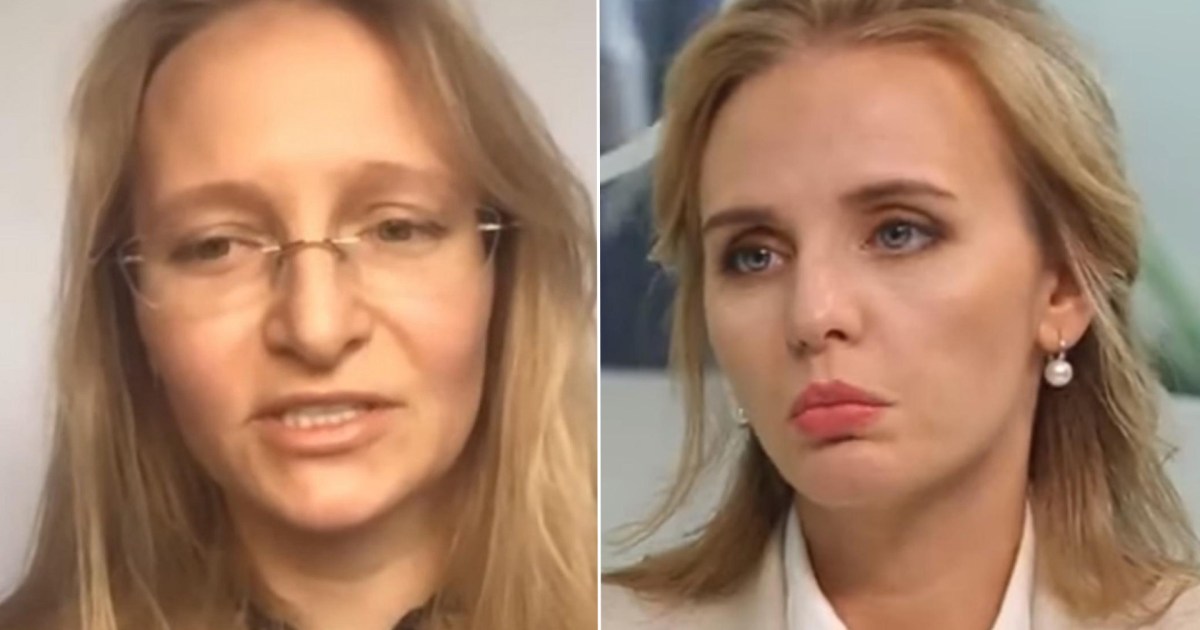 After the "terrible killings" in the Ukrainian town of Bucha were revealed, Washington decided to impose new sanctions on Moscow, in which the two daughters of Russian President Vladimir Putin were singled out. Who are they?

Why target them with sanctions?

This is what writer Michael O'Dell tried in the British newspaper "The Times" to answer, saying at the beginning of his report on the subject that the eldest daughter, Maria Vorontsova, 36, is a shy scientist working in the field of medical research in Moscow, while her sister Katerina Tikhonova (35) She is a rock and roll dancer.

Maria and Katerina are Putin's daughters from his ex-wife Lyudmila, a former flight attendant whom he married in 1983 and remained together until their divorce in 2014. The two daughters attended university in Russia under pseudonyms, so Maria specialized in medicine, while Katrina took a degree in Asian studies.

Currently, Maria is an endocrinologist with experience in dwarfism, and Katerina, who later studied physics and mathematics, is the director of a center affiliated with Moscow State University.

The writer mentioned that Katrina, at first glance, does not differ - according to what she publishes about herself on YouTube - from any American, as she appears generally Western and peaceful to a large extent.

But the writer adds that that is the initial impression, but it can quickly dissipate when one tours the new 24 million pounds (more than 31 million dollars) center specializing in dance and rock and roll, which is funded From the municipality of Moscow, it was built on the site of the dance school where Katerina learned her first moves.

The center covers an area of ​​1.3 hectares, and contains a swimming pool, helipad and gymnasium, although the number of dancers in all of Russia does not exceed 9,000 only in a country of 145 million people.

Was Putin behind it?

This is what Kremlin spokesman Dmitry Peskov refuted to Reuters, saying that the project "has nothing to do with us".

Sanctions experts are likely to be more interested in knowing how Katerina also managed to own a four-story 1950s house in the French resort of Biarritz, as well as a share of the $2 billion petrochemical fortune amassed by her ex-husband Kirill Shamalov. Kirill's father is a close friend of Putin and is known for partially financing the $1 billion palace he unearthed on the Black Sea, better known as "Putin's Palace".

As for the shy and deflated Maria, she - according to the author - also lives a lifestyle that surpasses most medical researchers in Russia, and until 2014 she lived in a luxurious apartment near The Hague with her Dutch husband Jurit Wassen, a businessman, and when separatists overthrew Ukraine loyalists to Russia, the Malaysian plane, and this resulted in the killing of 298 passengers and crew, most of whom were Dutch, in 2014;

The two were expelled from the country and settled in Moscow, where Vasin worked for the Russian energy company Gazprom.