Presidential: a missed appointment for the ecologist Yannick Jadot?

The environmental candidate, who is holding his last campaign meeting Thursday evening in Nantes, is struggling in the polls, which place him very far from the second round. If the time is not yet in the balance... 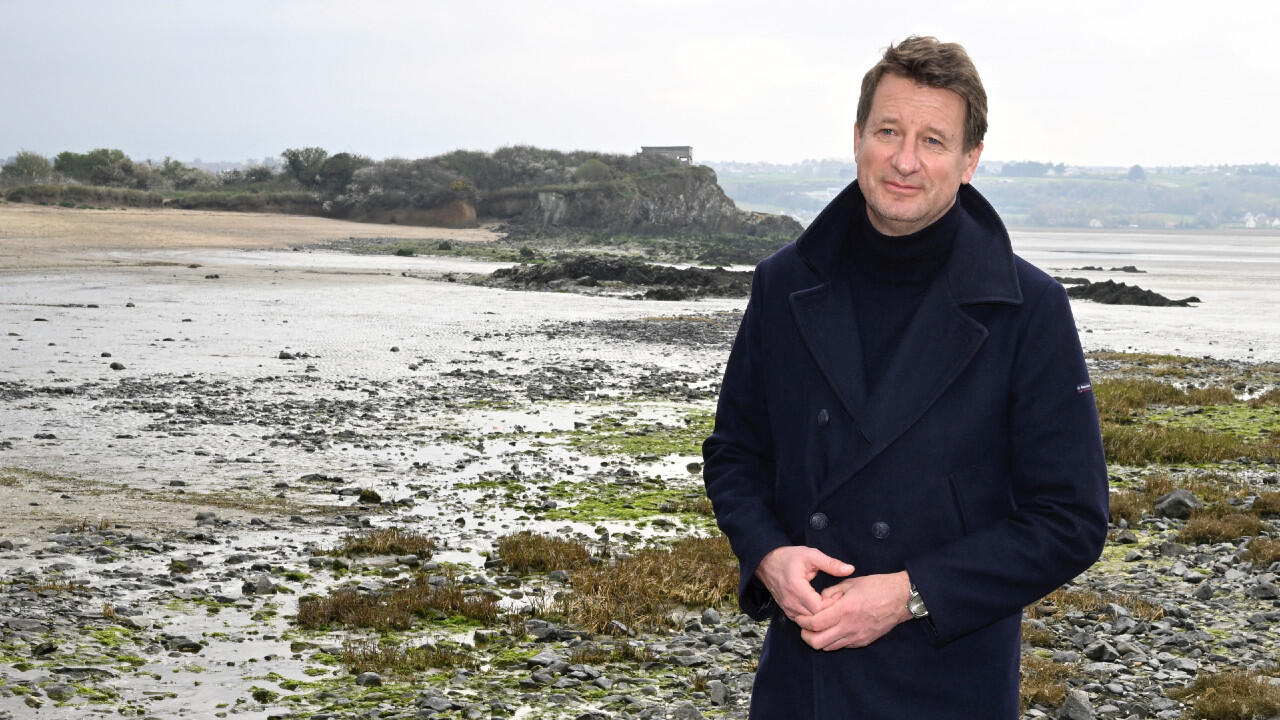 No question for him to record the defeat before the results of the first round of the presidential election fall, Sunday April 10 at 8 p.m.

For his last campaign meeting, Thursday April 7 in Nantes, he will project himself again as the future President of the Republic.

He will list in front of his audience the measures he will take to fight against global warming or to improve the purchasing power of the French.

There is also no doubt that he will recall the polls of the last Europeans, in 2019, which granted him less than 10% of voting intentions when the list he carried had finally obtained 13.47% of the votes.

We must not prejudge anything in this uncertain campaign.

But within Europe Écologie-Les Verts (EELV) and the campaign team of the environmental candidate, the morale is not really the same as in January, when Yannick Jadot took the light by currying Emmanuel Macron in Parliament European.

"You will go down in history as the president of climate inaction", he then launched, on January 19, to the President of the Republic seated in front of him.

>> To read also: "Presidential: when the useful vote becomes the major issue to access the second round"

Yet the planets seemed aligned.

After the good score in the Europeans and the massive marches for the climate of 2019, environmentalists won several major cities – Lyon, Bordeaux, Strasbourg in particular – during the municipal elections of 2020. Yannick Jadot then felt he was growing wings and took the initiative of an attempt to rally the left in the spring of 2021. His candidacy confirmed by a victory – narrowly – in the environmental primary in September 2021, in which more than 120,000 people took part, there was only beat the campaign.

“The problem is that the idea of ​​a green president does not pass with the French”, analyzes Daniel Boy, director of research emeritus at Cevipof and specialist in political ecology, contacted by France 24. “A mayor , yes, but for the presidential election, environmentalists are still considered aliens. Almost all the other candidates have always been in the parties, while environmentalists come from other backgrounds. Yannick Jadot, for example, comes from Greenpeace. It's obviously still a handicap."

Yannick Jadot's candidacy was also not helped by the context of a presidential election relegated to the background by the war in Ukraine and in which environmental issues were ignored.

“With only 3% of media space granted to the climate and other candidates who prefer to talk about related subjects such as the great replacement, it is difficult to exist and to impose our themes”, regrets Mélissa Camara, spokesperson. by Yannick Jadot, contacted by France 24, based on measurements from L'Affaire du siècle.

In fact, the media hardly questioned the candidates for the presidential election on this subject.

The climate emergency is however a planetary issue which was again recalled by the latest IPCC report, published on Tuesday 5 April, which warns that humanity has less than three years to reverse the curve of greenhouse gas emissions. greenhouse if it wants to preserve a "liveable" world.

The climate has occupied 3% of the public debate in recent weeks, one can wonder about our collective responsibility.

As a result, Yannick Jadot was forced to attempt media stunts by clinging to the news in order to exist.

He was thus at all the demonstrations: Tuesday April 5, alongside the accompanying persons for students with disabilities (AESH) in Paris, or even Saturday April 2 with the AVA France association demonstrating against hunting with hounds in Compiègne.

But the MEP for Europe Ecology-The Greens has above all sought to stand out on the left, in particular from Jean-Luc Mélenchon, by seizing the war in Ukraine, even if it means moving away from the pacifist tradition of the ecologist party.

He did not hesitate to adopt a firm position and to put on the clothes of a warlord by calling Vladimir Putin a "dictator", by calling for the sending of French arms to the Ukrainians and by qualifying the French multinational TotalEnergies of "complicity in war crimes" because it is guilty, according to him, of continuing its activities in Russia.

"We saw a Yannick Jadot who did everything he could to get people talking about him, analyzes Daniel Boy. He was led to add to everything that could go in the direction of people's indignation. The problem , is that he often gave the impression of forcing himself, of miming indignation."

The choice to target Jean-Luc Mélenchon

Even if he sometimes harshly attacked Emmanuel Macron during the campaign, like Tuesday evening during the program "Élysée 2022" on France 2, Yannick Jadot took the side of firing red balls at Jean-Luc Mélenchon, accusing him of "complacency" vis-à-vis Vladimir Putin and of being "ready to sacrifice the Ukrainians".

The environmentalist candidate had good reason to target his competitor from the radical left: his program for the environment is considered equal, or even better than his, by environmental NGOs, and part of the EELV electorate hesitates between the Jadot bulletins and Melenchon.

But this strategy does not seem to have borne fruit since, according to the polls, voting intentions, since the start of the Russian invasion of Ukraine on February 24,

>> To read also: "Presidential: how Hidalgo and Jadot use the Ukrainian crisis to attack Mélenchon"

First there were the accusations of sexual assault against Nicolas Hulot, which forced the environmental candidate to dismiss MP Matthieu Orphelin from the campaign team, a close friend of the former Minister for Ecological Transition who had been named Yannick Jadot's spokesperson in the fall.

And then there is the Sandrine Rousseau case.

Appointed in the fall as president of Yannick Jadot's "political council", the finalist in the environmental primary has never really been integrated into the campaign of the candidate EELV and has regularly allowed herself, in return, to criticize the strategy of her old rival.

A freedom of speech that ended up pushing Yannick Jadot to exclude him from his campaign on March 4.

🗣 Evaluation of candidates on climate issues ➡️ "The program that ticks the most boxes is that of rebellious France", says Jean-Marc Jancovici. "We have not gauged the compatibility of economic measures with what is proposed" about the environment, he says pic.twitter.com/dhkX7l3xXe

"I don't think these problems really had an impact," sweeps Mélissa Camara, who prefers to focus on positive signals.

“We remain a political force on the rise, we are not like other parties which are collapsing, she underlines. The Europeans and the municipal elections have shown it and whatever happens on Sunday , we will continue to fight to place political ecology as high as possible."

“It is at the end of the fair that we count the dung, we will see Sunday evening at 8 p.m. what the French have decided for the first round”, repeated Yannick Jadot to the press on April 2. , during the anti-hunting demonstration.

Among the demonstrators that day, few knew that he had to come.

The candidate, who took the floor, was warmly applauded.

But some attendees, AFP reported, admitted: "I don't know who it is."