Oils, flours, pasta: tension in stores but do not panic, assure professionals

The oil, flour or pasta shelves in stores have been subject to more supply tensions for the past few weeks, in particular due to precautionary purchases by consumers. 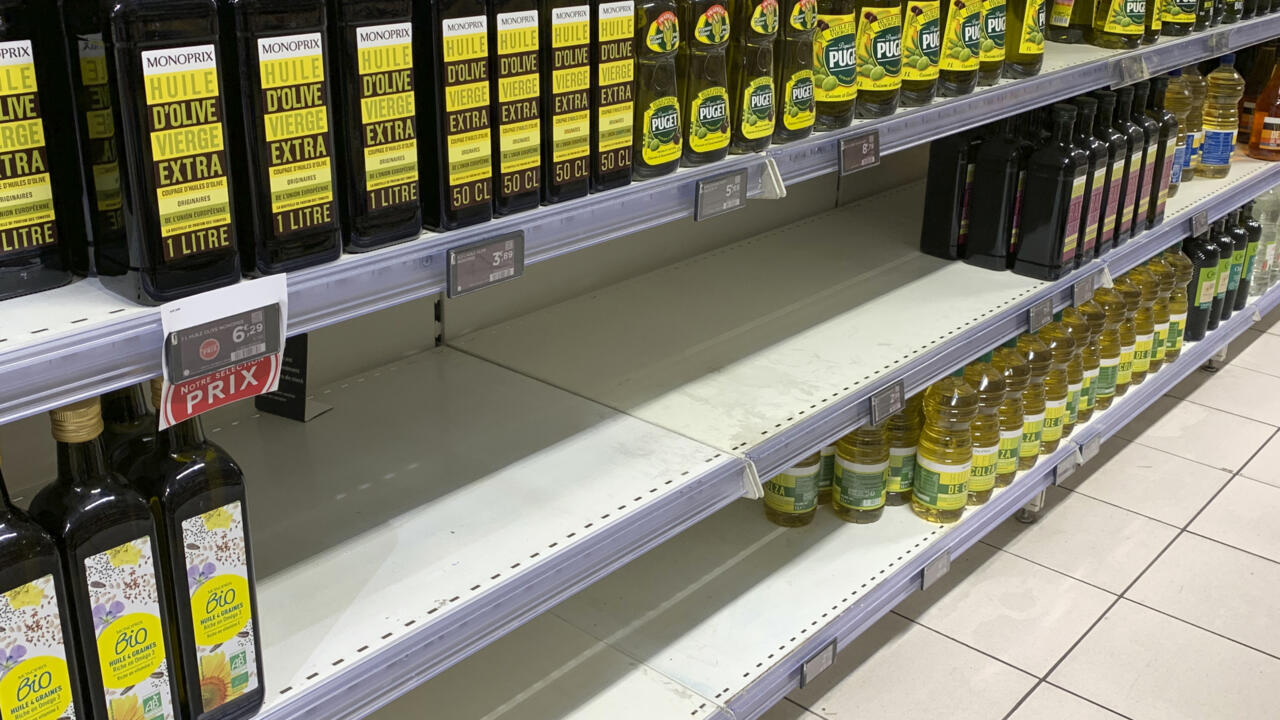 The reference panelist on sales in supermarkets, NielsenIQ, explains to AFP that he has observed an increase in the availability problems of certain products on the shelves.

From February 21 to March 27, oils, flour and pasta saw "their numbers of rupture incidents in mass distribution", excluding discounters Lidl or Aldi, "increase more or less significantly", respectively from 37 % for oils, 26% for flour and 21% for pasta, Nicolas Léger, analytical director at NielsenIQ, told AFP.

Several representatives of the retail sector have hammered in recent days that there was no risk of shortage on all the products marketed.

"In France, today, there is no shortage for everyday consumption and there will not be until the summer", declared Sunday on BFMTV the president of the strategic committee E.Leclerc, Michel-Edouard Leclerc.

"Pasta, there is. For sunflower oil, our stocks go until June".

“On sunflower oil, there are a few precautionary purchases but we are not in complete shortage of supply”, also declared Tuesday the boss of System U, Dominique Schelcher, at the microphone of Radio Classic.

The empty shelves are explained by the tension on the supply created by these precautionary purchases and a storage phenomenon "larger than usual", according to Nicolas Léger of NielsenIQ.

A phenomenon also observed during the first months of the Covid-19 epidemic.

"We say over and over again not to worry, that there is no shortage, but talking about it attracts the attention of some consumers, who instead of buying a liter of oil go buy three", continues Thierry Desouches, spokesperson for System U, to AFP. "However, the supply chain is sized for a certain volume, and if the latter is multiplied, there can be this kind of rupture" when there is no stock problem.

"The current context is creating uncertainty within French households", which have successively suffered "unprecedented period of coronavirus, unprecedented global recovery, tensions over raw materials, inflation and conflict in the heart of Europe", summarizes NielsenIQ.

"We thus read a transcript of these tensions on in-store purchases".

Conversely, the increase in the number of ruptures is more moderate "on certain so-called sensitive or exposed families, such as sugar (+8%) or rice (+5%)", specifies Nicolas Léger.

Regarding sunflower oil, used in many processed products, the problem of shortage could arise after the summer, insofar as Ukraine is the world's largest exporter.

At the end of March, the Ukrainian Minister of Agriculture estimated that the Russian invasion risked halving the next grain harvest.

The Ukrainians "will sow wherever possible" but only "50% to 75% of the territories" will be able to be exploited, underlined Mykola Solsky, who also indicated that many farmers had "joined the army or the defense territory", creating a labor shortage.

Sowing has started well in Ukraine, but if sunflower volumes are not there, "this will be a problem for sunflower oil and for the food industry", admits Thierry Desouches.

Even if they sow, it will also be necessary to get the goods out of a country today cut off from trade routes.

An uncertainty that could further increase the temptation of precautionary purchases.