Sasha, the boy who disappeared when he fled with his grandmother, is found dead: "The Russians shot him"

Sasha was 4 years old. He was in love with her cat and was a happy boy. He had been missing for days. After searching for him throughout the kyiv region, they found him dead. The... 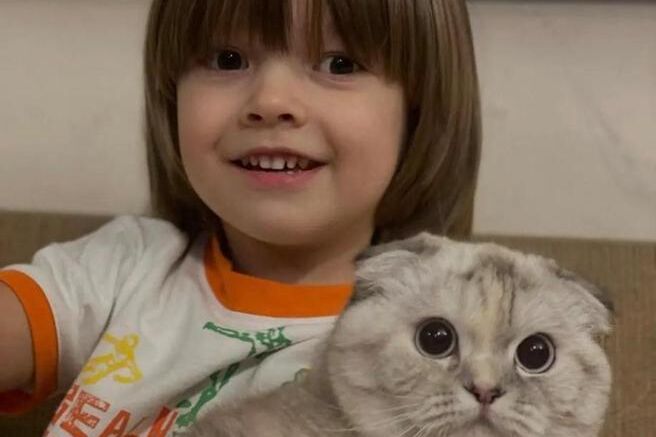 He was in love with her cat and was a happy boy.

He had been missing for days.

After searching for him throughout the

region , they found him dead.

The Russians fired on the boat in which he and his grandmother were trying to get away from the capital in search of peace and safety.

Those who found his body claim that he was killed by Russian gunfire.

, Minister of Education in the Ukrainian parliament, has confirmed the news.

Then came the announcement on

's body today. Thank you to those who have helped in the investigation, I appreciate your prayers and your faith, thank you for your support.

, our little angel is already in heaven. Today his soul has found peace," he said. written.

For several weeks there was a real mobilization to search for the little one, Ukrainian celebrities also joined the search.

The boy lived with his family in

Upon the arrival of the Russian military, the grandmother and eight other inhabitants of the neighborhood decided to flee in a hurry, taking advantage of a small boat.

, had not given up hope and for almost a month she launched appeals on social networks.

"We believe in a miracle", she wrote her a few days ago.

was the only one wearing a life jacket.

Therefore, it was hoped that he had not drowned, but had been taken away by other refugees and was somewhere safe;

so much so that a European wanted alert had been launched, and the little boy was on the list of missing children.