Russian expert Gevorg Mirzayan says that this alliance is a source of pride for the United States, while Europeans consider it a disgrace and a source of threat. 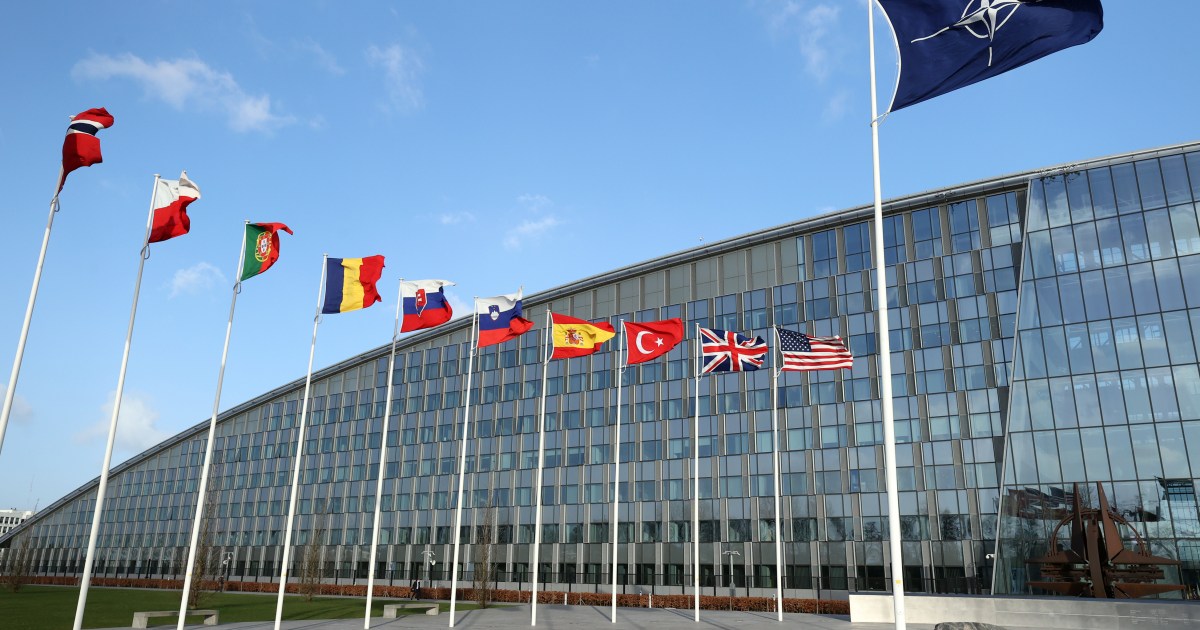 On the fourth of April, the United States commemorated the 53rd anniversary of the founding of the North Atlantic Treaty Organization (European-American Alliance), known as the most powerful military-political bloc in history.

In his report published by the Russian newspaper Vzglyad, the Russian expert Gevorg Mirzayan says that this alliance is a source of pride for the United States, while the Europeans consider it a disgrace and a source of threat. The writer chose as the title of his report the following question: "How does NATO destroy Europe?"

When NATO was founded in 1949 under the circumstances and geopolitical tensions that existed at the time that led to the collapse of Western Europe after World War II, joining it, according to Mirzayan, seemed a completely logical step.

France, England and 8 other Western European countries have agreed to invite the Americans to protect their lands, not objecting to the amount of political restrictions imposed on them in exchange for military protection, but despite the absence of the need for military protection at the present time, these political restrictions are still in effect, according to the expert.

The newspaper quotes the director of the Center for European Studies, Dmitry Soslov, as saying that NATO guarantees the United States a presence in Europe and control over its security.

In response to the question “Why was the alliance that limited Europe’s political sovereignty not dissolved after the end of the Cold War?” Soslov says: “In fact, American leaders of all directions could not abandon the mechanism through which Washington controls Europe and its resources from in order to maintain the title of global leadership.

Regarding the fact that NATO members in the 1990s did not raise the issue of the need for the alliance, Soslov explains that this is due to two reasons. The first is the fear that Germany will consolidate its more classical hegemony in the event of the demise of American hegemony in Europe.

Therefore, Europeans considered American hegemony more acceptable compared to German hegemony. The second reason was the inability of Europe to take responsibility for its security during the Cold War due to the emergence of an entire generation of elites dependent on the United States.

Whereas the inability to assume responsibility for European security in the late 1990s was due to Europe’s lack of political experience, Suslov explains the current impotence of European states 30 years after the end of the Cold War by fearing European elites assume the consequences of positions of sovereignty, and in doing so, sacrificed sovereignty and life Its children in exchange for the presence of NATO, according to the Russian expert.

After the end of the Cold War, says Fezgliad, the alliance took on new tasks such as filling the vacuum created by Russia's exit from the world stage, and at that time, the United States needed to impose "liberal democracy" on all other countries.

According to Soslov, "NATO was initially a defensive alliance and did not conduct offensive operations during the Cold War. But after the end of the Cold War, NATO carried out a whole series of tasks outside its mandate, including direct aggression against Yugoslavia and Libya and its participation in the implementation of operations in Afghanistan." .

There is no Europe without Russia

These operations, according to the newspaper, did not produce the desired results in both Libya and Afghanistan, and led to a real catastrophe due to the inability of the United States to fight such wars at the time and the Europeans realizing the losses resulting from participating in American adventures, and to prevent the strengthening of European power, the United States decided The United States directs all European efforts towards carrying out the old and familiar task of containing Russia, always according to Fezgliad.

In order to coexist with Russia, the newspaper says, two proposals were formulated, one of which guarantees cooperation within the framework of the common European security system and the inclusion of Russia in the program of cooperation for peace.

But this attempt was unsuccessful as the Alliance considered itself the sole and exclusive pillar of the European security system and marginalized all other institutions, including the Organization for Security and Cooperation in Europe.

The second proposal was to integrate Russia into the political hierarchy of NATO.

Soslov adds that "Russia raised the issue of joining NATO or at least obtaining the status of an unofficial member of the alliance through the NATO-Russia Council, and its accession to it would radically change the balance of power within it and strip the United States of the title of hegemon, which does not serve As a result, it is difficult for Russia, which pursues a more independent policy, to join NATO without submitting to American hegemony, knowing that NATO considers Turkey's pursuit of an independent policy a problem that threatens it."

Soslov believes that "NATO cannot stop considering Russia as an enemy, and its existence as a security institution that dominates Europe and the Euro-Atlantic region excludes the creation of a comprehensive European security system with Russia's participation, and this means either a joint security system with Russia or NATO. And given NATO's inclusion in Europe The West and the United States, Russia cannot join the alliance even in theory."

Suslov believes that if Russia succeeds in creating a common security system with Western Europe, it will be either without NATO or in the wake of the United States relinquishing its hegemony in Europe.

The expert points out that the political goals of NATO, which were formulated by the first Secretary General of the Alliance, Lord Ismay, represented a real burden and threat to Europe, as the American presence in Europe threatens not only European sovereignty, but also its security (in light of the American-Russian conflict on the Ukrainian lands and its planning to spread short and medium range missiles in Europe).

Attempts to contain Russia have led to the collapse of all norms and standards of coexistence on the European continent, prompted Moscow to launch a military operation in Ukraine and caused a serious political and economic crisis within the European Union.