Franco-Palestinian lawyer Salah Hamouri, currently detained by Israel, filed a complaint in France on Tuesday April 6 against the Israeli cybersecurity company NSO for having “illegally… 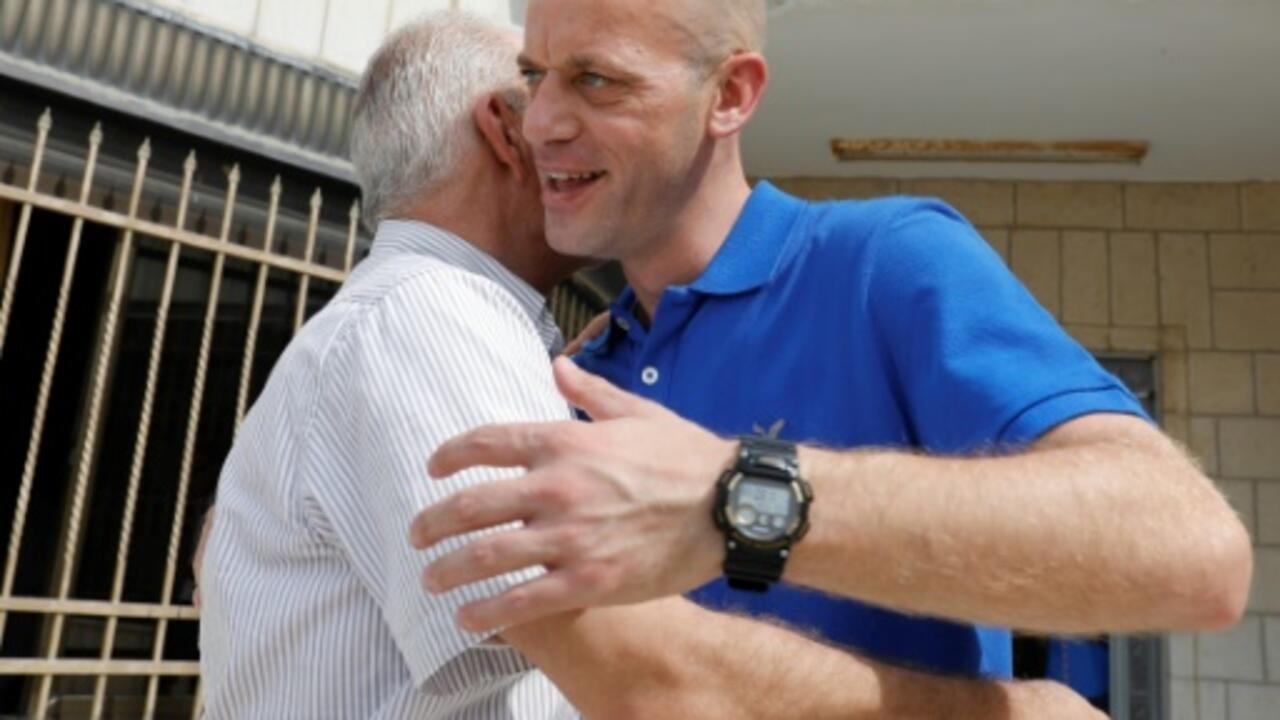 French-Palestinian lawyer Salah Hamouri embraces his father Hassan after being released from an Israeli prison on September 30, 2018 AFP

Franco-Palestinian lawyer Salah Hamouri, currently detained by Israel, filed a complaint in France on Tuesday April 6 against the Israeli cybersecurity company NSO for having "

" his mobile phone with the spyware Pegasus.

The complaint, filed on Tuesday at the Paris prosecutor's office by the International Federation for Human Rights (FIDH) and the League for Human Rights (LDH), follows revelations about Israeli spyware and its house NSO mother.

's name appears alongside five other Palestinian human rights defenders, as their phones are spied on by the notorious Pegasus spyware.

association , in collaboration with Amnesty International and Citizen Lab, the lawyer's phone has been hacked since April 2021.

A surveillance that begins in the occupied Palestinian territories, but which continues when Salah Hamouri is in France, which constitutes, under French law, a violation of the right to respect for private life, reports our correspondent in Ramallah,

"Pegasus" scandal: "This software is used to monitor the population at large"

Salah Hamouri in the sights of the Israeli authorities

For more than twenty years, the 36-year-old Franco-Palestinian lawyer, human rights defender and currently in administrative detention in Israel, has been the victim of persecution and is waging a battle with various Israeli institutions.

He spent more than 10 years in Israeli prisons, suffered several travel bans, had to pay bail and exorbitant fines before being placed under house arrest.

His permanent residence in Jerusalem was also revoked.

The Jewish state accuses him of being a member of the Popular Front for the Liberation of Palestine (PFLP), an organization considered "

" by the Jewish state, which he denies.

In a press release, the FIDH specifies that these attacks against Salah Hamouri are part of "

a broader campaign led by the Israeli government to delegitimize Palestinian groups and defenders working for the defense of human rights by associating them with terrorists, and putting pressure on the people who give them a platform and actively acting to block their sources of funding

Human rights organizations are hoping for the opening of a judicial investigation, because, according to his lawyer, this cyber-espionage is "

political, given the harassment to which Salah Hamouri has been subjected for years and given the attacks made to human rights defenders in Israel

dozens of others filed

for its illegal use of technology in violation of human rights and principles, including two filed by digital giants Meta - formerly Facebook - and Apple.

Pegasus: the spyware used against six Palestinians, officials and activists