The very last test of NASA's giant rocket for the Moon, SLS, has been suspended to allow the launch this weekend of a rocket from SpaceX, announced the American space agency... 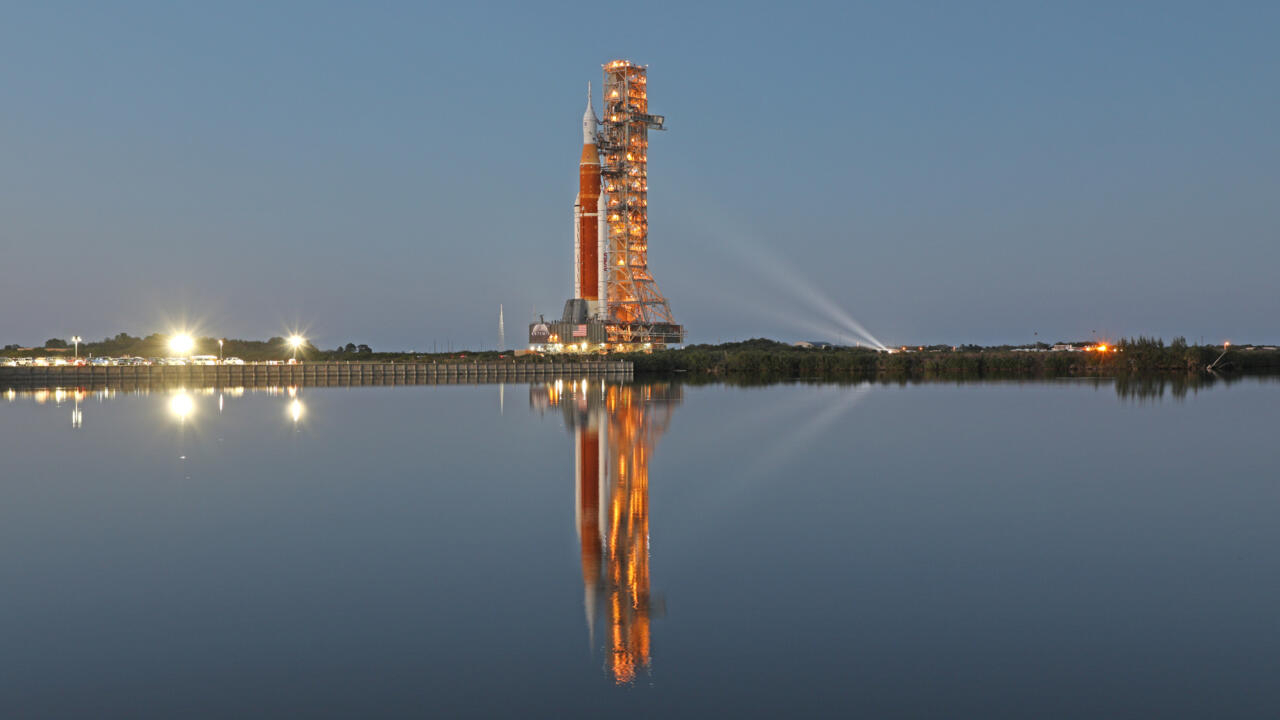 The dress rehearsal for SLS, and SpaceX's liftoff scheduled for Friday, are both taking place at Cape Canaveral, Florida, at Kennedy Space Center launch pads 39B and 39A, respectively.

The test of the lunar rocket should thus resume shortly after the takeoff of SpaceX – which must transport three businessmen and a former astronaut to the International Space Station.

The 98-meter-high SLS rocket will remain on its launch pad while waiting.

For this final test before its liftoff for the Moon later this year, all the steps leading up to a launch must be repeated, from filling the tanks to the final countdown -- stopped just before the engines fire.

Started late Friday afternoon, it was originally scheduled to end Sunday evening, but NASA teams encountered "a myriad of technical challenges" as well as uncooperative weather on Saturday, said Tuesday Mike Sarafin, head of NASA within the Artemis program back on the Moon.

Among the problems encountered: four lightning bolts having struck the launch pad during a thunderstorm (it was finally determined that the protection system had worked as hoped).

A valve also refused to open when filling the liquid hydrogen tanks (it had been mistakenly held in the closed position).

But these are not "major problems", reassured Mr. Sarafin.

"We did not encounter any fundamental flaws."

"We are proud to learn from these tests", he added, even qualifying the one carried out in recent days as "partially successful".

Artemis 1 will mark the first flight of SLS, whose development took years behind schedule.

The Orion capsule at its top will be propelled to the Moon, where it will be placed in orbit before returning to Earth.

This first mission will not yet have astronauts on board.

The take-off date must be announced after the dress rehearsal.

A launch window is possible in early June, and Mike Sarafin said on Tuesday that he was "not ready to give it up yet".

Another launch window is possible in early July.