The Director-General and Chairman of the Board of Executive Directors of the Roads and Transport Authority, Mattar Al Tayer, announced that the number of beneficiaries of RTA services during the period of the Expo 2020 Dubai reached 37 million and 300 thousand users, representing 67% of the total mobility services in the exhibition. 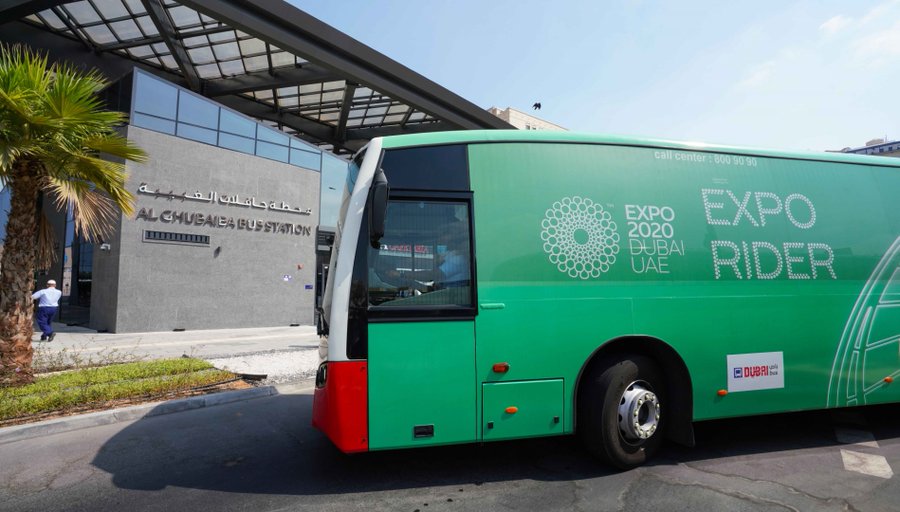 The Director-General and Chairman of the Board of Executive Directors of the Roads and Transport Authority, Mattar Al Tayer, announced that the number of beneficiaries of the RTA's services during the period of the Expo 2020 Dubai reached 37 million and 300 thousand users, representing 67% of the total transport services in the exhibition.

"Thanks to the great support and care of His Highness Sheikh Mohammed bin Rashid Al Maktoum, Vice President and Prime Minister of the UAE and Ruler of Dubai, and the diligent follow-up of His Highness Sheikh Hamdan bin Mohammed bin Rashid Al Maktoum, Crown Prince of Dubai and Chairman of the Executive Council, we succeeded in providing a unique, easy and fast transportation service," said Mattar Al Tayer. For participants and visitors to Expo 2020, where the integrated infrastructure of road networks and various transportation systems, as well as the comprehensive mobility plan developed by the authority in cooperation with strategic partners, facilitated the movement of residents and visitors from different regions of the Emirate of Dubai and the rest of the country to Expo 2020.

He pointed out that the authority managed more than 29,000 parking spaces at the Expo site, distributed over a number of areas: (opportunities, mobility, sustainability, the world, and Nissan parking). The smooth flow of vehicle movement and the process of safely entering and exiting the parking lots included the use of smart traffic signs and parking management through a smart system connected to the Traffic Control Center to infer the available parking spaces within the event site. The number of calls received by the call center was more than 30,000 calls, and the customer satisfaction rate was more than 92%.

It is worth noting that the Roads and Transport Authority has provided an integrated infrastructure to serve Expo 2020 Dubai, worth more than 15 billion dirhams, the most important of which is the 15-kilometre long route of the Dubai Metro, which includes seven stations, the purchase of 50 trains, the implementation of a wide network of roads with a length of 138 km, the implementation of nine bridge intersections, and the provision of More than 200 public transport buses according to the latest international standards, the allocation of 18 stations and bus stops distributed in vital areas in Dubai and the main cities in the various emirates of the country, in addition to providing more than 15,000 taxis and limousines, as well as managing more than 29,000 parking spaces for vehicles at the Expo site and hiring Smart technologies, applications and artificial intelligence to facilitate the movement of Expo visitors via metro, buses and taxis.