The Infanta Elena, without complexes ten years after the worst prank of Froilán

Before separating in 2007, the then Dukes of Lugo attended one of their last receptions on October 12 at the Royal Palace, being very close with the... 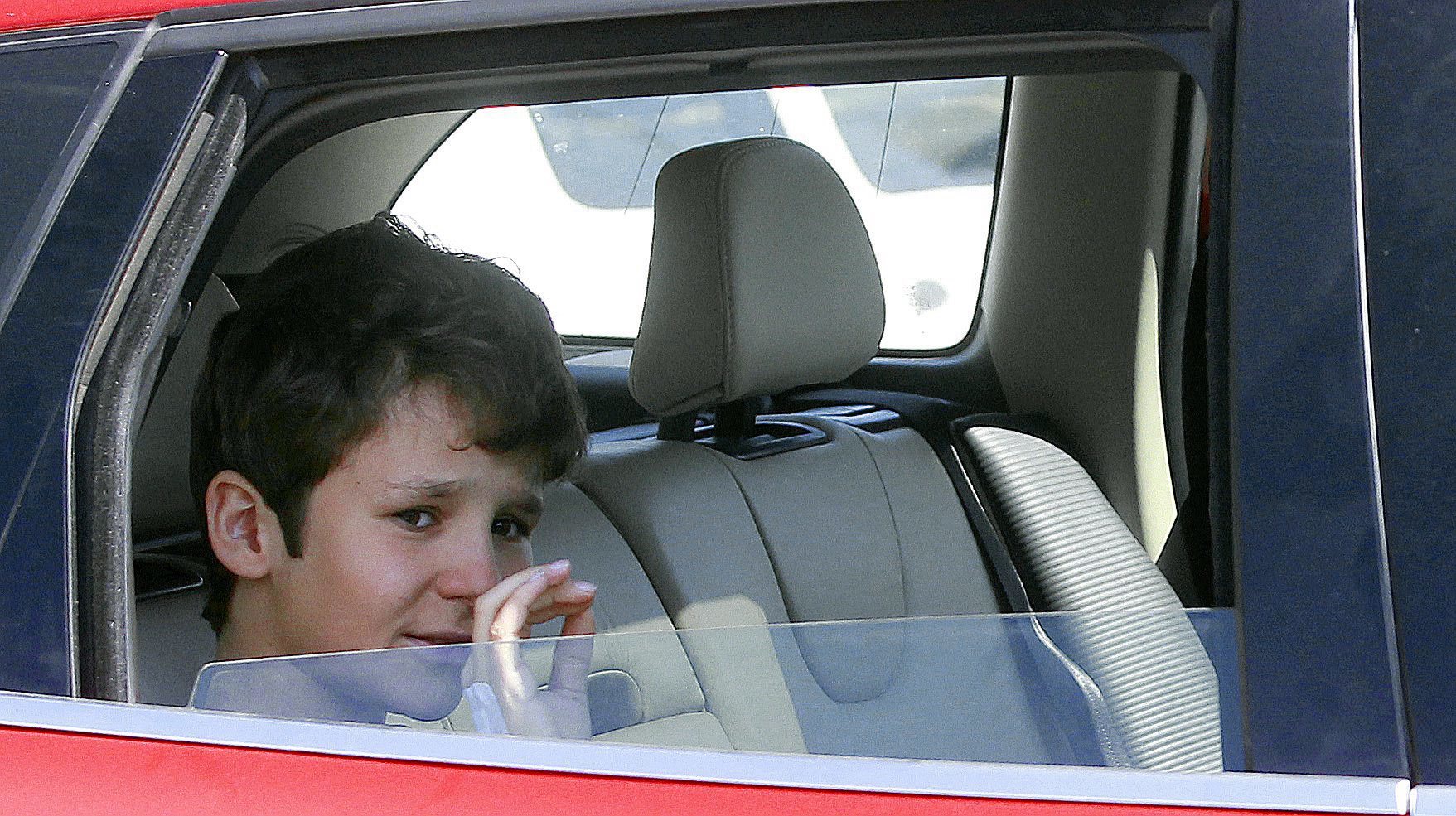 Before separating in 2007, the then Dukes of Lugo attended one of their last receptions on October 12 at the Royal Palace, being very close to the journalists who formed a circle around them.

because everyone was struck by the elegant dress-coat that Infanta Elena wore.

Jaime, happy for the compliments to his wife's outfit, of which he was the architect, played guessing games with the press: "Can't you guess who she is?"

The anecdote shows how devoted Marichalar was to the image of Infanta Elena, a role she enjoyed so much that she became her "pygmalion", lifting her

to the world's elegant lists.

But this condition of "

icon " was fleeting, declining after her divorce in 2009, since the Infanta, almost disappeared today from the public eye and from the Zarzuela agenda, recovered her

and much less glamorous

Perhaps to free herself from that "aesthetic slavery" to which her ex-husband subjected her, with whom since her divorce the relationship is practically null and they only speak for issues related to her children.

Jaime will celebrate this Wednesday, April 7, his 59th birthday, and precisely two days later a decade has passed since an event that could have ended in tragedy:

, his eldest son, accidentally shot himself in the foot when he was handling a hunting shotgun , while spending a few days with his father at his family estate in Soria.

This mishap increased to infinity the tension that already existed between the Infanta and her ex-husband to the point that, according to what was published, Froilán repeated in anguish to the doctor who treated him that

his father was not to blame,

perhaps sensing what was coming .

At that time, Marichalar was a fallen tree: after his divorce, he lost the dukedom of Lugo, ceased in many of his honorary positions, such as the presidency of Winterthur, and was emotionally devastated because he missed his children, Froilán and Victoria Federica, whom he no longer saw so often.

Even under the aftermath of his stroke, the gossip press had made him a priority target, capturing him on a scooter along the Golden Mile, or making fun of his scarves and fans.

Today, however, the disastrous trajectory of Urdangarin, after his prison sentence and his humiliation of the Infanta Cristina by exposing himself publicly with another woman,

No one questions his successful career in the world of fashion in the LVMH group, where he is a director of Fendi and Loewe, in addition to setting up a custom tailoring company, B-Corner, which brings him a more than healthy economy. .

An excellent father and very discreet, he is still remembered as the architect of the aesthetic change of the Infanta.

Before meeting him, Elena was a big young woman who was not very successful in her outfits, and who also had hair that was difficult to model.

Her "aesthetic guru" was

After meeting Marichalar in Paris, investment advisor at Credit Suisse, who changed banking for fashion after her stay in New York as a result of her stroke, the Infanta transformed her look.

First her body, shocking when on her honeymoon in Australia, photos of her were published showing off a toned body in a bikini and

that would be her distinctive mark.

From then on, she incorporated her signature brands such as Chanel, Lacroix, Valentino or Oscar de la Renta into her wardrobe, which made her a style icon.

From the cover of

They were the Lacroix with a raffia pamela that he wore at the Infanta Cristina's wedding, the Chanel tailor with a feathered hat at his cousin

's wedding in London, the "Goyesco" pink Lacroix that he wore at Don Felipe's wedding, and even the red Oscar de la Renta party model that she wore in Luxembourg at an act of the Grand Dukes.

But after her divorce, the Infanta broke with her past, also passing her haute-couture wardrobe to a better life.

Recently, in the few public appearances of her,

she has been seen more abandoned

and even with the root of her hair gray.

At her last royal wedding, that of her cousin Philippos in October in Athens, her dark model in her paillette jacket looked more like her aunt Irene.

Her hair, tied up in a ponytail, had also regained her wildness.

Marichalar, who resisted the separation, lost his wife and

But even that nostalgia seems overcome today, because he has found in his daughter Victoria Federica (21), now a listed

her new inspiration to act as a Pygmalion.

She accompanied him at the beginning of March in Paris to the front row of the Dior show, with a look of unequivocal paternal stamp: Dior black Bar jacket, Blahnik stilettos and her hair tied up in a stylish braid.

Froilán's shot in his own foot

On April 9, 2012, the alarms went off at the news that Felipe Juan Froilán Marichalar, 13, the eldest son of Infanta Elena, had been injured in the foot when a gun was fired when, according to Zarzuela, he was performing "target practice" with a small caliber shotgun.

He happened in Garrejo, the Marichalar estate in Soria, while he was spending the Easter holidays with his father.

Something that sparked controversy, since the law prohibits the use of weapons by those under 14 years of age.

In addition to the Infanta Elena, Queen Sofía was one of the first to visit him, although she was surprised by the absence of Don Juan Carlos,

because Froilán was his favorite grandson.

The reason is that he was in Botswana, where days later he fractured his hip, and from where he was flown to Madrid.

MonarchyThe decision of Juan Carlos I: a pact between father and son

GovernmentPedro Sánchez continues to request a clarification from the King Emeritus for some "disappointing" events: "He owes an explanation to the Spanish"