vA super Kylian Mbappé, author of a double and three assists, launched Paris Saint-Germain on the road to redemption against Lorient (5-1), Sunday for the 30th day of Ligue 1, in a P… 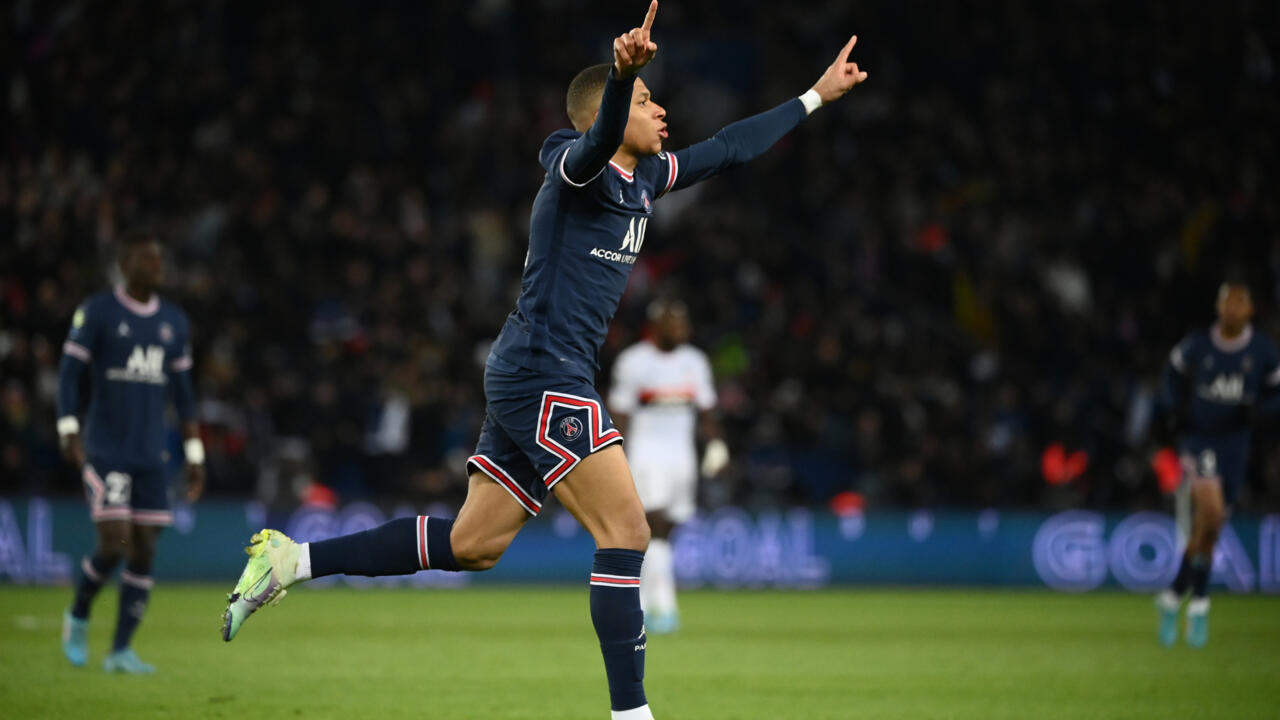 The voices of children from the Junior Club, the only supporters not to go on strike, were the first to acclaim the hero of the evening, before dragging the whole stadium along, in the wake of a new stratospheric performance from the world champion.

To his two goals (28th, 67th), the Parisian star added three offerings, two for Neymar (12th, 90th), a magnificent one for Lionel Messi (73rd) on an action where he did absolutely everything.

Crush Lorient will not be enough to buy back the season of PSG, which still conceded a cap goal (56th), but the crisis will not worsen.

And the MNM Messi Neymar Mbappé finally shone and played together.

The supporters, still bruised by the elimination at Real Madrid (3-1, 1-0 in the first leg), went on strike for encouragement but did not whistle this time Messi and Neymar, as against Bordeaux, on the return from Madrid.

Kylian Mbappé, congratulated by his teammates, was the great architect of PSG's success (5-1) against Lorient at the Parc des Princes, April 3, 2022 FRANCK FIFE AFP

They kept their boos for Sergio Ramos, yet only in his sixth game of a season with injuries, as soon as he came into play in place of Marquinhos (72nd).

The Spaniard probably crystallizes in his defending body the distrust of the supporters for their direction and his way of building a team with names.

Another downside to the evening, PSG still found a way to hurt themselves by offering a goal.

An ill-adjusted back pass from Achraf Hakimi and badly judged by Marquinhos benefited Terem Moffi, for the reduction of the score and the amount of oxygen for the Parisians.

The Nigerian had already scored the winning goal in added time last season at Moustoir (3-2).

After this goal, PSG fell back into their doubts, before Mbappé took over the bull by the horns.

He first scored the 3-1 goal alone, taking advantage of a ball scraped by Hakimi: a hook on Julien Laporte and a shot close to the post.

But his masterpiece remains that of the 4-1, offered to Messi after a fantastic dribbling on his left side, a ball saved just before the line and a perfect service for the "Pulga".

On the last goal, Neymar starts with a big bridge before a one-two with Mbappé to sign his double.

He cleverly launched Ney on the opener, after a relay from Messi.

Then the idol of the Porte d'Auteuil signed the 2-0 of one of his "specials", the closed foot strike from a closed angle, rather than the coiled shot.

The tenth title of champion of France, which could be "threatened" according to Marquinhos if the PSG continued to play without will, is hot, with 12 points ahead of Marseille (2nd) eight days from the end - and a " classic" on April 17.

Neymar thanks his passer Kylian Mbappé for PSG's 5-1 goal against Lorient at the Parc des Princes, April 3, 2022 FRANCK FIFE AFP

Fifteen days after the shameful 3-0 suffered in Monaco, Paris has set the record straight for summer time.

"Marqui", criticized for his failed match in Madrid and at fault on the "Merlus" goal, also offered himself a bit of redemption with a great comeback on Enzo Le Fée (71st), just after two saves from Gianluigi Donnarumma, he too in search of forgiveness, on the same action.

After three defeats in four matches, including Real, PSG ended to the cheers of the Park, minus the Auteuil bend, whose central portion of the bottom ring was even deserted.

Lorient could not do anything against this Mbappé, his maintenance will be played out in his four matches against direct competitors, Saint-Étienne next week, then Metz, Bordeaux and Troyes.