During her last big meeting in Paris this Sunday, April 3, the candidate Les Républicains urged her supporters to make the polls lie, which place her under 10%, by presenting herself as the se… 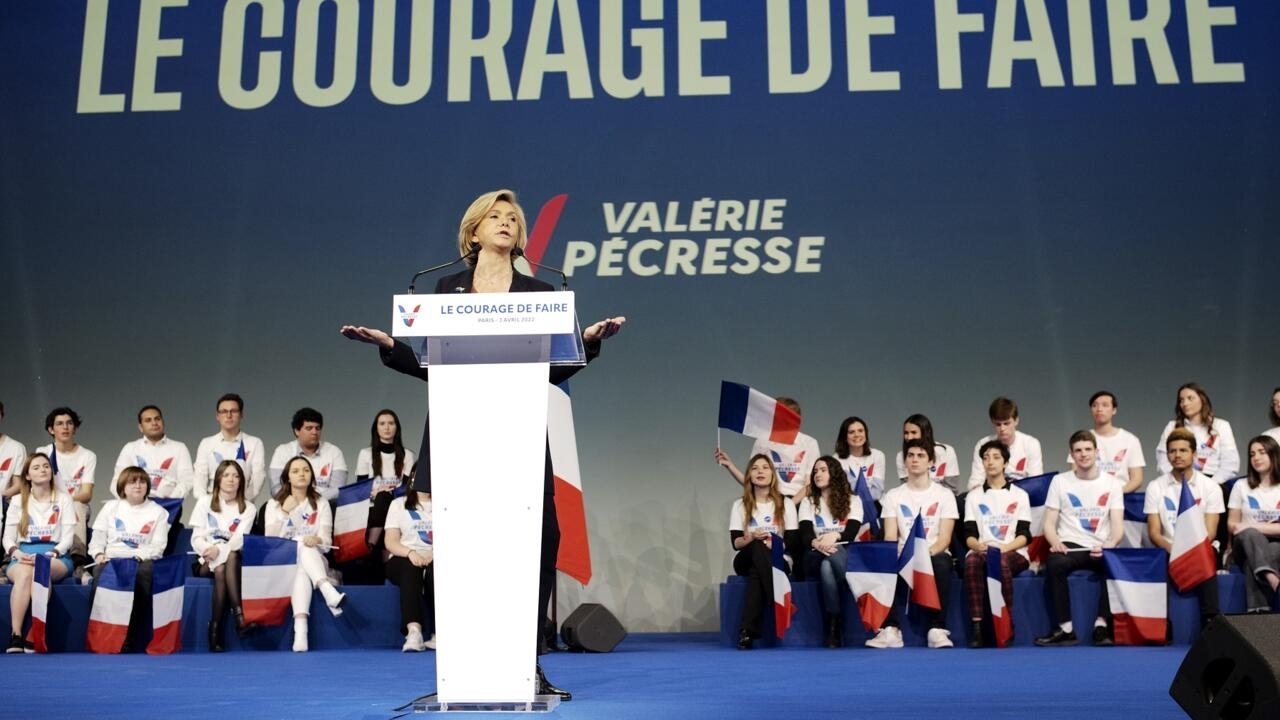 The right-wing candidate, Valérie Pécresse, during her meeting at the Paris Exhibition Center on April 3.

During her last big meeting in Paris this Sunday, April 3, the candidate Les Républicains urged her supporters to make the polls lie, which place her under 10%, by presenting herself as the only right-wing candidate.

Next Sunday, we are going to lie to all those who explain that the election is over

," said Valérie Pécresse at the Parc des expositions in Paris.

The Les Républicains candidate, who started around 17-18% in January, has since accelerated her decline to drop below 10% in several polls, far behind Emmanuel Macron and Marine Le Pen.

But in the room, where the organizers claimed 5,000 people, the spectators still wanted to believe it.

The candidate's speech of about forty minutes was punctuated with enthusiastic slogans: "

We are going to win

For this last major Parisian meeting, another is scheduled for Lyon on Thursday, Valérie Pécresse resumed her classic angles of attack against Emmanuel Macron who "

" or against the extremists who "

would lead the country to disorder, impotence and bankruptcy

I call on all French people to whom Emmanuel Macron has inflicted his contempt to join us.

On the social side, the one who wants to be "

the real candidate for purchasing power

" has even launched a final proposal to reduce VAT on public transport to 10%.

Presenting herself as the only legatee of the right against "

", she also mentioned her very firm program on order and immigration, but without going into the catalog of measures which may have plagued previous speeches.

Because the tone was intended to be more political, and more personal, for this meeting designed to

, on February 13, where Valérie Pécresse had missed her entry into the campaign.

You have seen me stumble, get up, you have discovered my resistance.

This courage, I want to put it at your service

, ”she said, in this speech with a much more fluid tone than at the Zenith.

Before her, her supporters had succeeded each other at the microphone to praise her "

", and to call, too, for mobilization.

The right is not soluble in macronism

”, launched Éric Ciotti, very applauded at the desk, just like Xavier Bertrand who assured him: “

Here, there is no defeatist

► To read also: Presidential 2022: Pécresse tries to stay the course despite the storm and the rumors of mutiny

In this context, the president of the Auvergne Rhône-Alpes region Laurent Wauquiez was particularly acclaimed, as when young LRs returned to school a few months ago.

On the other hand, the name of Nicolas Sarkozy, conspicuously absent from the meeting, who did not support Valérie Pécresse and is the subject of recurring rumors about rallying to Emmanuel Macron, was briefly whistled by part of the public.

Unheard of in a right-wing gathering, where the former head of state remains a reference.