Few leaders, and all with "management experience". After placing Cuca Gamarra from Rioja as number two and Andalusian Elías Bendodo as three, the president of the... 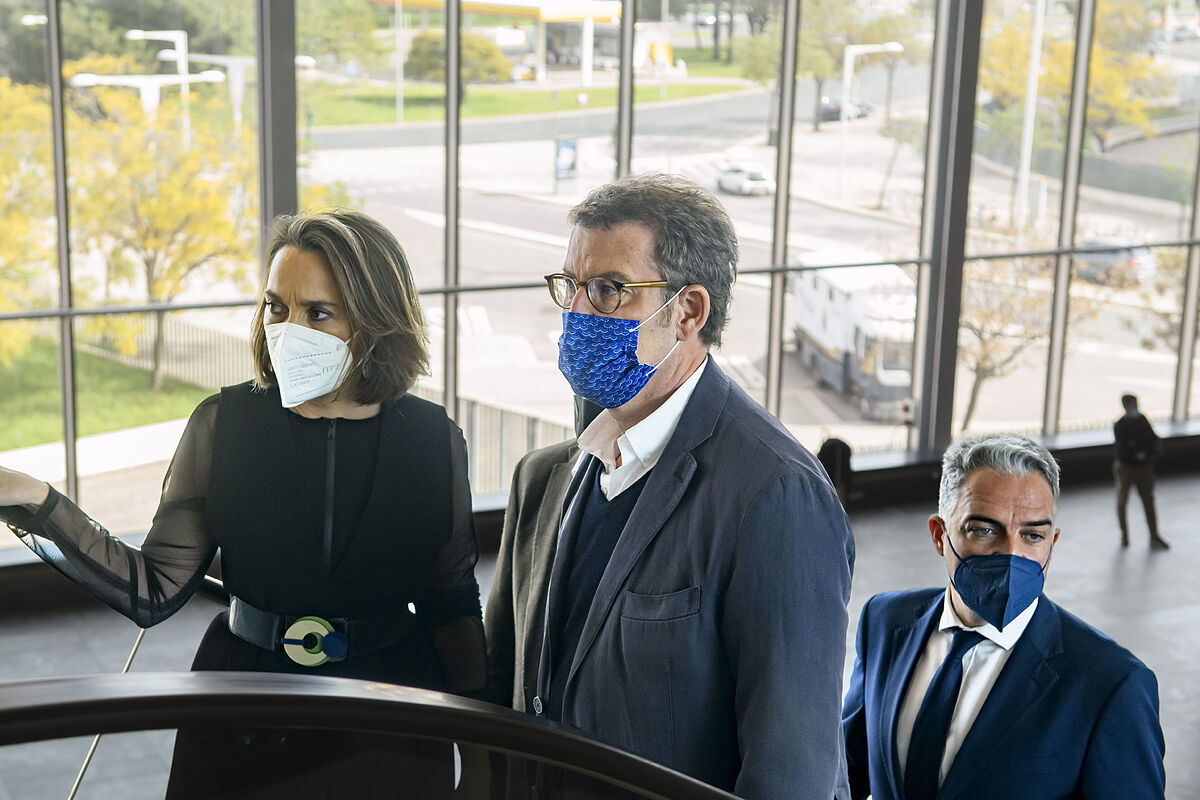 Few leaders, and all with "management experience."

After placing Cuca Gamarra from Rioja as

and Andalusian Elías Bendodo as

, the president of the PP announced this Sunday the rest of the party's leadership.

It will be a reduced Praetorian Guard and that yields a clear conclusion:

Feijóo, who will meet on Wednesday with Felipe VI and on Thursday with Pedro Sánchez, has appointed the most important ministry, that of Economy, to be occupied by the Andalusian Minister of Finance,

Juan Bravo, who, in

, has achieved in his community the same thing he wants to do in Spain: turn around the bad economic situation.

"The economy needs a profound change in income and spending policies," Feijóo judged in his speech before the new National Executive Committee.

"Spain needs to change its economic policies," he added.

The Madrid PP will have much less weight than

former mayor of Torrejón de Ardoz and senator, as deputy secretary of Regional and Local Coordination.

In other words, Isabel Díaz Ayuso's entourage will take command of the party's territorial policy just after it was the frictions of territorial renewal that caused the battle between Casado and the Madrid president to explode.

is in the background before Andalusia and Galicia.

The community of Feijóo will hold the deputy secretariat for Territorial Organization.

It will be occupied by

, current general secretary of the

PP and right-hand man of the new 'popular' leader.

In addition, two other heavyweights from the Xunta disembark in Genoa:

will continue to be the PP president's chief of staff.

There will be no changes with respect to the communication policy of the Xunta, therefore.

This management team will also be joined

, until now Director of Communications for the PPdeG.

The institutional deputy secretary will be the Valencian Esteban González Pons, very close to the Galician leader.

"International politics and institutional relations are of great importance" and in him he sees the best profile to act as a battering ram of the new "solvency" approach.

"From the opposition you can be more institutional than from the Government,"

judged in his speech.

"The cohesion with the social policies of Spain is one of the fundamental questions", said Feijóo.

Navarro is a politician closely linked to the president of the PP of Castilla-La Mancha,

In fact, she began her political career when he, being president of the Provincial Council of Albacete, claimed her to take over the leadership of the legal services of the provincial institution.

The five deputy secretaries are "few" said Feijóo, who wants to set an example.

But there may be changes in the future.

It is a team "with extensive organic experience" and with "accredited management capacity" and with "experience in important challenges", he explained.

"The appointments last a few days of joy and from then on the positions become loads of responsibility", he has warned them.

will meet for the first time, to begin outlining the information work.

crisis and the crisis derived from the invasion of Ukraine.

"We are used to governing, this is a government party and we are committed to doing so."

The PP must accredit "agility, dedication and proposals".

"Agility because there will be elections soon," he explained.

"We must offer competitive candidates, with a resume and experience. And that requires getting the leadership right and proposing programs that people can trust," he detailed.

"People are waiting" for the PP, because it is "the only option for change" and because it is going to raise, according to Feijóo, an opposition without "enemies" and based on "trust".

"Predictability and solvency are the values ​​most sought after in Spain now", he added.

"Dedication", because the PP needs more "effort and commitment".

After criticizing the "fads" that blur meritocracy, he has argued that his model is infallible.

"And we have to have proposals", he has said, because that is "the stamp of the PP".

"We will say yes when we believe that our proposals have an echo or when those of others should be supported", but not when the proposals seem "useless", he said.

, this congress has been a great success: "We have gone out to meet Spain".

An unforgettable weekend that leaves Seville in a privileged place in its political history, he said.

"Work for Spain and for the PP, which is Spain's democratic tool"