"Vote effective" for Roussel: PCF activists not ready to let go of their convictions

"Voting is for convictions": Saturday in Villeurbanne, supporters of communist candidate Fabien Roussel reject the idea of ​​a useful vote in favor of Jean-Luc Mélenchon, the best placed on the left. 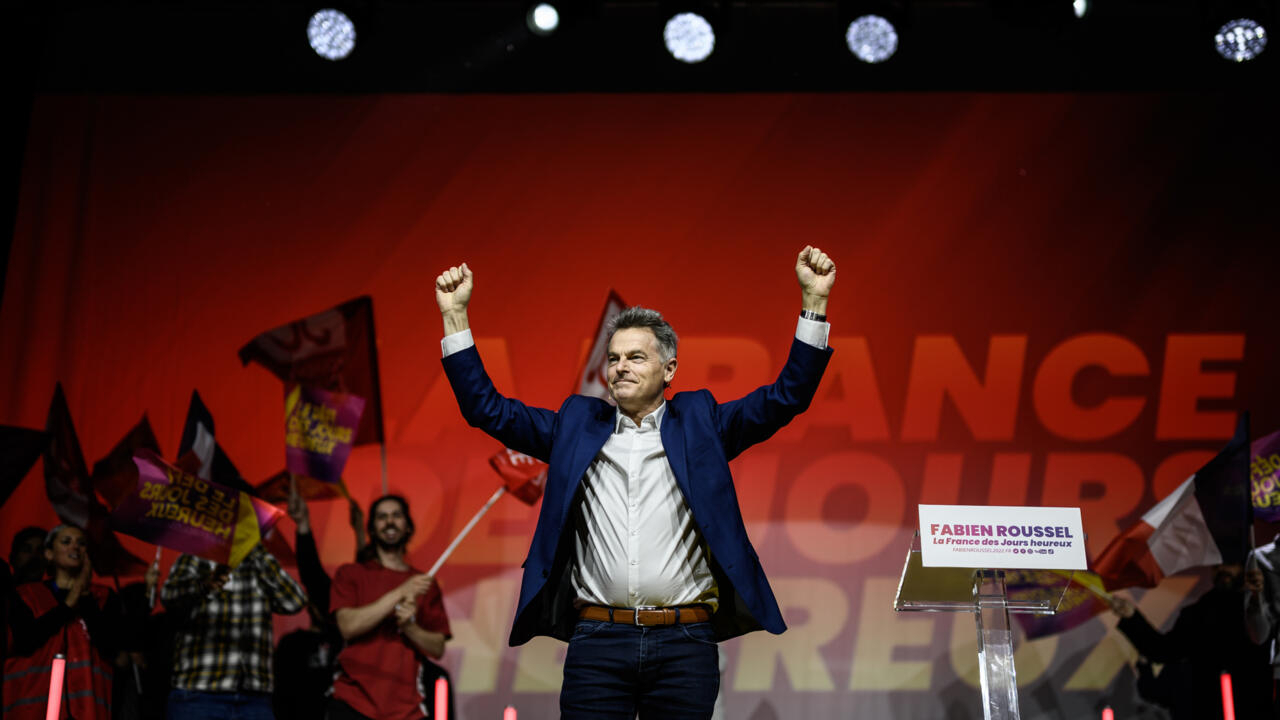 In front of nearly 4,000 people according to the organizers, Fabien Roussel hammers it: "We will go to the polls to vote proud, upright, confident and smiling" on April 10.

"This vote of hope is important. It will give us strength" for the future, he proclaims under the "Fabien president!".

According to him, "to vote effectively is to vote on happy days", his program.

“We are still managing to move the lines”, underlines the leader of the PCF who oscillates between 2.5% and 5% in the polls, while according to him begin “eight decisive days” of campaign “to reconnect with the great progress and the great expectations".

"When the Communists were in power, they brought good things", assures Raymond Pétetot, an 82-year-old retiree from France Telecom, who sees in Fabien Roussel the means to "reconnect" effectively with "the world of work " and "social progress".

And get carried away: "What is a useful vote? It's voting for one candidate against another, that's not useful! No, voting is for convictions".

The argument of "useful vote, it is the blow that the PS made us for fifty years", abounds with him Victor Kowalyk, retired of 77 years including fifty in the PCF.

And during the last two presidential elections, the Communists had lined up behind Jean-Luc Mélenchon (LFI).

Marking his differences, Fabien Roussel imposed his candidacy this time and digs his furrow.

"You no longer vote, you voted a move to the left, a move to the right, you voted with hope for Macron, you are disappointed today and you have not yet made your choice... Well you are also at home in France happy days", he affirms, while the abstention promises to be strong and that the choices of many voters crystallize in the last days.

At 58, Anne-Marie Réa is about to slip in a communist bulletin for the first time.

"I've always voted for the left, but now I can't find it anymore," she says.

Fabien Roussel seduced her because "he really understands our problems".

His son Jérémie, 22, judges that "happy days", a reference to the program of the National Council of Resistance, "it's a bit kitsch but we need that, it makes you want, there is a hope that is created".

Isabelle Routisseau, 66-year-old retired from the Ministry of Finance, a member of the PCF, is also there for the "freshness" of Fabien Roussel, and "his grassroots activism" as a deputy.

The candidate emphasizes in his speech on "social justice" and "fiscal".

“Forty years of austerity policies, five years of Macron, two years of pandemic, a month of war, and it is always the same people that we ask for additional efforts,” he laments.

He does not fail to put the subject of state contracts with McKinsey back on the table: "signing contracts with consulting firms while knowing that they do not pay tax" because "it is not good but it's legal, we can't do otherwise…" Yet "the French Republic is not that!".

"The money there is, you have to take it where it is. That we too the little people find ourselves there anyway", approves an activist.