United States: towards a reopening of borders to migrants?

Joe Biden's government could reconsider "Title 42". This measure, decided during the pandemic for health reasons, allows the American authorities to turn back all migrants… 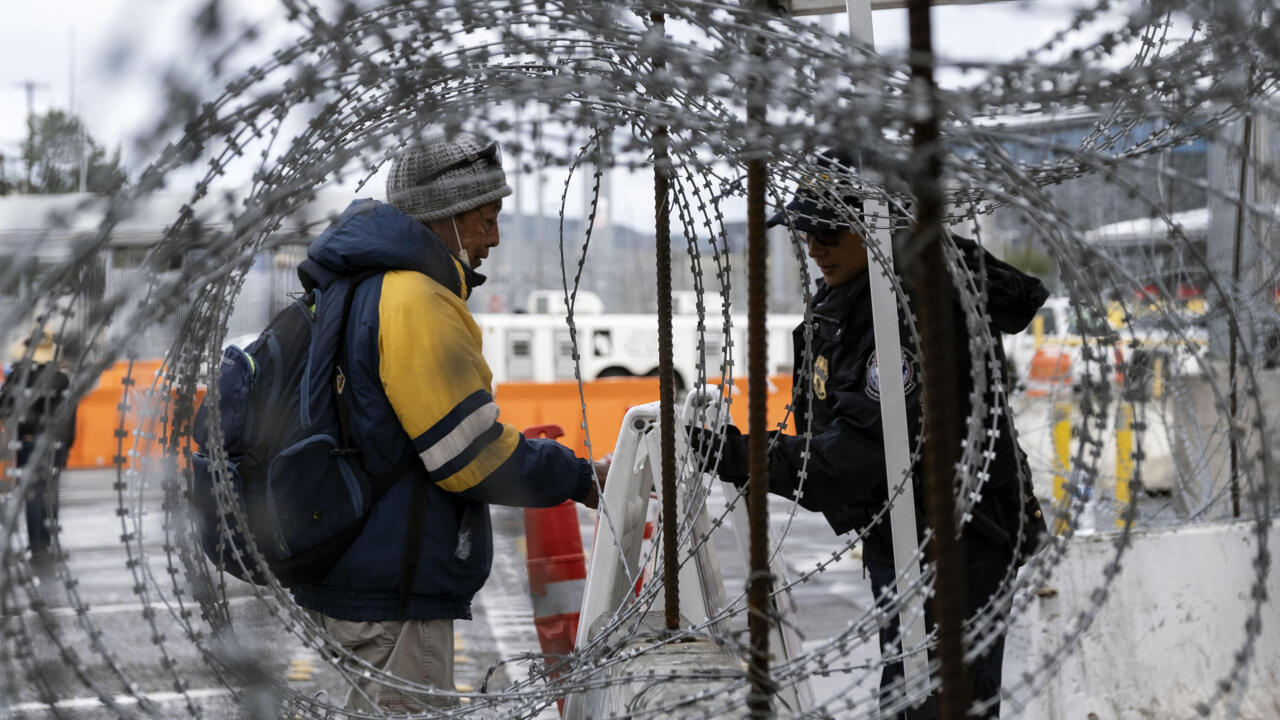 United States: towards a reopening of borders to migrants?

A man shows his ID to a border guard at an entry point into the Mexican city of Tijuana, on the US border, on April 28, 2020. AFP/Archivos

This measure, decided during the pandemic for health reasons, allows the American authorities to turn back all migrants who cross the border, without filing an asylum application.

to withdraw "Title 42" and end this policy of systematic expulsion of migrants.

This measure has long been denounced as inhumane by NGOs and now, from a health point of view, it is considered unfair.

In particular because of the discrimination it makes in relation to tourists who can pass.

Concretely, "Title 42" has upset the entire migration system in Mexico, putting pressure on the border area.

Families, sometimes with minors, find themselves on a long and trying road to reach the border where they end up stranded.

They cannot apply for asylum and most cannot return to their country or town of origin either.

In place for over two years, “Title 42” is regularly renewed by the US government.

But today it is very likely to be deleted.

Joe Biden said he would announce it “

”, some sources say it will be revoked on April 23.

No official announcement has been made by Washington or the CDC.

However, several signs show that the American government is about to reconsider “Title 42”.

In early March, a US federal court banned US border guards from deporting families to a country where they could be tortured.

With the conflict in Europe, the US government

And then the Center for Disease Control in the United States, which is the federal body behind the measure, also ended its application for unaccompanied minors.

By putting an end to this “title 42”, all the migrants waiting at the border could then pass and finally apply for asylum for those who can.

This hypothesis makes some fear a tidal wave at the gates of the United States.

Several thousand people could flock to the border in the first few days.

Across the country and even the Americas, this could create a drag, encouraging others to hit the road to the United States.

So some experts are calling for such a decision to be accompanied by a management plan to avoid confusion and overflows at the border.

In the meantime, as long as "Title 42" is not lifted, the situation is still blocked.

And the migratory pressure on border towns in Mexico continues to increase.