The Qingming holiday is approaching, and the latest requirements for travel, tours, and sacrifices are here

China News Service, Beijing, April 1st (Zhang Yilin) ​​The Qingming holiday is approaching, and many people plan to go out for spring trips, return to their hometowns for sacrifice and so on. Recently, local confirmed cases have appeared one after another in many provinces in China. When local cases are scattered in many places, can you travel with peace of mind? Are tourist attractions still av 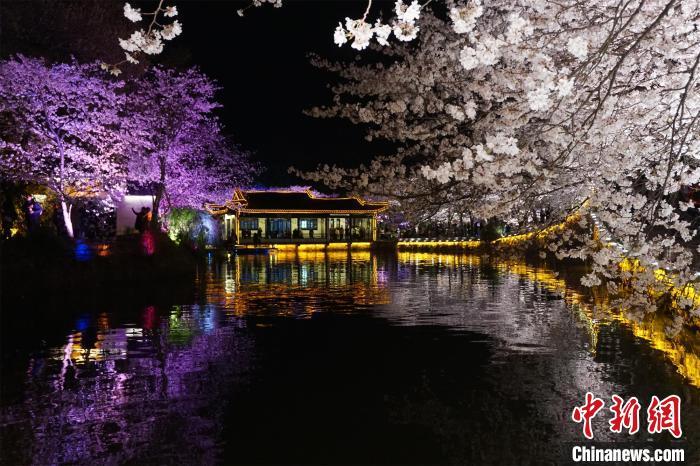 China News Service, Beijing, April 1st (Zhang Yilin) ​​The Qingming holiday is approaching, and many people plan to go out for spring trips, return to their hometowns for sacrifice and so on.

Recently, local confirmed cases have appeared one after another in many provinces in China. When local cases are scattered in many places, can you travel with peace of mind?

During the Qingming holiday, these scenic spots are running empty.

This year's Qingming holiday is from April 3 to 5, a total of 3 days.

At present, the epidemic is spreading in many parts of the country, and some areas have temporarily closed tourist attractions due to epidemic prevention and control.

A few days ago, the Management Committee of Shandong Taishan Scenic Spot issued a notice that from March 20, the Taishan Scenic Spot (including all small scenic spots such as Dai Temple and Hongmen Palace) will be temporarily closed, and activities such as morning exercise and water collection by citizens will be suspended simultaneously.

Scenic spots such as Juzizhou Scenic Spot and Yuelu Mountain Scenic Spot in Changsha City, Hunan Province were closed, and many cultural and tourism venues were temporarily closed.

Shandong Province proposed to divert tourists and arrange for tourists to enter the park at different times and intervals.

For example, scenic spots such as Jufeng Tourist Area and Yangkou Tourist Area of ​​Laoshan Scenic Area in Qingdao have recently reopened, but some scenic spots have implemented traffic restriction measures, and the daily reception capacity does not exceed 50% of the maximum capacity.

Nanchang City requires tourist scenic spots to scientifically and reasonably set the upper limit of tourist reception, strictly implement the system of staggered peaks, reservations, and current restrictions, and do a good job of environmental sanitation and disinfection in public areas.

Many places call for a reduction in the flow of people

The holiday is just around the corner, and there will be another large-scale flow of people in China. Many places have proposed to reduce the flow of people together, and travel requires a 48-hour nucleic acid certificate.

For example, the Beijing Municipal Center for Disease Control and Prevention issued a reminder that it is not necessary to stay out of Beijing during the Qingming Festival, and citizens are advised to travel during peak hours.

Qingdao City, Shandong Province proposed that if it is not necessary to leave Qingqing, those who really need to leave Qingqing must have a green health code and a negative nucleic acid test certificate within 48 hours.

The Shanxi CDC proposes not to travel unless it is necessary, and advises the public not to go to medium and high-risk areas, cities and epidemic-related areas unless necessary in the near future, so as to reduce the flow of people across provinces, cities, and counties (districts).

The Shaanxi Health and Health Commission reminded that it is necessary to stay out of the province unless it is necessary, and resolutely avoid going to medium and high-risk areas and areas where confirmed cases are reported.

On March 29, the Tomb-sweeping Day is approaching. In front of the Martyrs' Monument in Yuhuatai Martyrs Cemetery in Nanjing, a flower bed with the words "Remembrance" composed of flowers was arranged to commemorate the revolutionary martyrs.

At present, the situation of epidemic prevention and control is still severe and complicated. Initiatives and notices related to Qingming Festival have been issued in many places, and on-site sacrifice and sweeping activities have been suspended in some areas.

In Shanghai, from March 28 to April 5, all cemeteries will suspend the reception of citizens for on-site sacrifices.

Non-essential personnel from outside Nanchang should not return to their hometowns across provinces or cities, or perform ritual sweeps across regions.