Marathon des Sables: emotional storms in the heart of the desert

One of the most formidable extreme races in the desert, the Marathon des Sables tested 901 runners from all over the world who braved storms, freezing nights and high heat for six days... 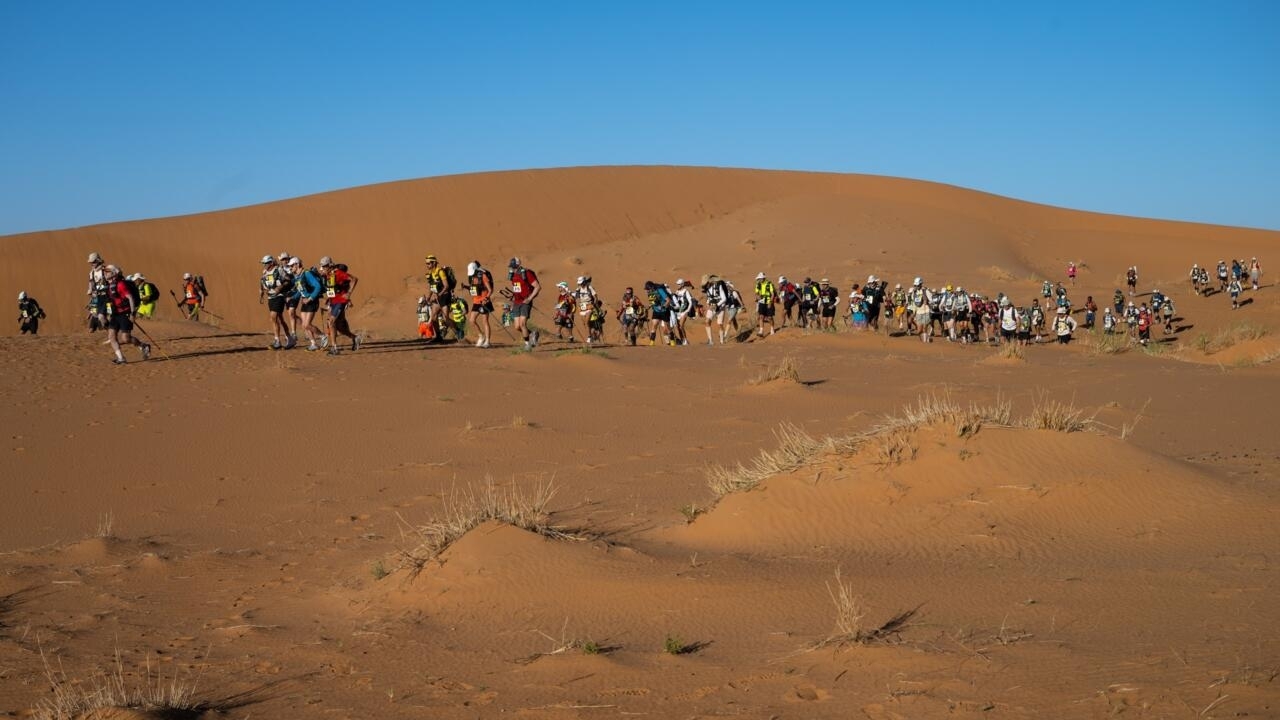 Six days, 230 km, an infernal long stage, all in autonomy: the 36th edition of the Marathon des Sables, which started on Sunday, was won on Friday for the ninth time by the Moroccan Rachid El Morabity, author of a breathtaking race, in a total time of 18 hours 33 minutes.

In its wake, about fifty runners playing the clock, others with a slower stride, and then, at the end, the walkers.

Everyone knows the mythical Marathon des Sables and has come to experience something out of the ordinary, in a bewitching setting - the Moroccan desert - between yellow and ocher sand dunes, djebels (mountains of North Africa) with hues sometimes blackish and flat land filled with large stones.

"I saw a film on a plane that told this race. I told myself that it was a crazy challenge, impossible to achieve. I saw the film again and there, I told myself that I had to try", says Richard Bysouth, a 53-year-old English businessman who participated in his first "MDS".

The Briton - more than a quarter of the entrants are British - still can't believe it.

"I'm amazed that I did it," he said while slathering on sunscreen before starting the marathon stage on Friday.

"Every day I forgot what I had done the day before. Mentally it's very hard. It took me 24 hours for the long stage, to fight against the cold, the hunger, the fatigue. But why is it Am I doing all this?!"

Surely for this "real lesson in life", of which the Frenchman François Chaulin (29 years old) speaks, his feet in the hands of one of the 57 "Doc Trotters" of the medical service of the race.

"It's incredible friendliness. It's a physical challenge and a human adventure. On the last kilometers you're in the forceps but 80% of the people who pass you have a little word for you. And those flashing lights, it's is magical", continues the novice.

The lights are the competitors' headlamps that lit up the dark night of the long stage, ie 86 km, from Wednesday to Thursday.

the last one took 32 hours.

The competitors of the Marathon des Sables during the last stage towards Merdani in the Moroccan desert, April 1, 2022 JEAN-PHILIPPE KSIAZEK AFP

But what an arrival for the latter!

All the competitors rushed to the line to welcome the Belgian Samir El Bidadi, who had become "the mascot" of the caregivers who almost all took care of this injured person.

Cries of joy, applause and the emotion of Samir El Bidadi, mingled with that of the Spaniard Abdelkarim el Hayani, spent three seconds earlier and in tears after having accomplished what no one would have imagined possible: running the Marathon des Barefoot sands.

The night had been rough and beautiful at the same time, without landmarks or light, except the stars.

"I'm moving forward without thinking of anything. We've been walking for 12 hours... But we'll arrive before daybreak", promised herself a competitor passing in the middle of the night without stopping at the fifth checkpoint of the stage, where some had still chosen to sleep a little, or warm up around a campfire.

"I walked 12 hours in the dark with a woman I didn't know because my light didn't work. We talked all night. And it was so strange to see her face in the light. +Oh I didn't know what you looked like!" recalls Richard Bysouth.

A late competitor is accompanied by the camel brigade during the penultimate stage of the Marathon des Sables in Jebel Mraier, March 31, 2022 JEAN-PHILIPPE KSIAZEK AFP

The stiff legs, the feet trying to touch the ground, the most marked clung to their sticks after having endured three days of sandstorms, engulfing themselves under the tents.

Monday the second stage was daunting, with temperatures climbing 8 degrees in just one hour to approach 40 degrees.

Saturday will be a solidarity stage for the 800 or so finishers, in the pure spirit of the Marathon des Sables.