The "Takat" band had a distinguished audience presence during its concert, the day before yesterday, at "Expo 2020 Dubai", as most of the attendees were from the Syrian community residing in the Emirates, which was strongly present to enjoy the performance of its people. The ceremony was organized at the Dubai Millennium Theater in cooperation with wing 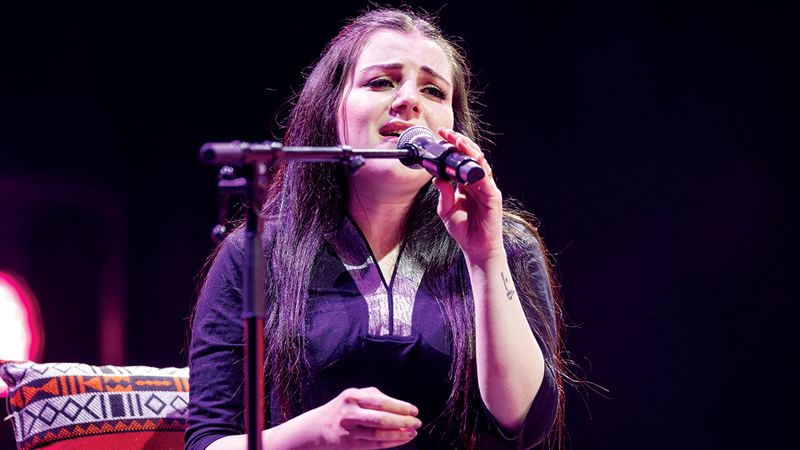 "Tkat" celebrates at the end of its pavilion activities

The "Takat" band had a distinguished audience during its concert, the day before yesterday, at "Expo 2020 Dubai", as most of the attendees were from the Syrian community residing in the UAE, which was present strongly to enjoy the performance of its people.

The ceremony was organized at the Dubai Millennium Theater in cooperation with the Syrian pavilion, in the presence of a number of Syrian ministers, to conclude the pavilion's various activities in the international event.

The concert was praised and admired by the audience, as "Tekat", the band that made a difference in the arena with its distinctive singing, attracted a bouquet of original and beautiful songs, both in terms of words and melodies.

"Takat" presented its most famous songs, such as "We are in tune and you are in jafu", "The Days Passed" and "Bas Ehkeni", in addition to a number of songs of the ancient Syrian heritage.

In appreciation of the UAE's effort in organizing the most diverse World Expo, "Tekat" presented the song "Tear Al Hamami", by Emirati star Mehad Hamad, and gifted it to the UAE government and people, a gesture that received applause and welcome from the audience.

The intense attendance confirmed the audience's love for everything that is heritage and authentic, which the band worked hard to present, bringing the audience back to the most beautiful memories in Syria.

In a short period of time, the band became popular among the pioneers of social networking sites, as it attracted the audience with the authentic tarab sound stemming from the heritage.

• The band's performance of Mehd Hamad's song attracted a remarkable interaction from the audience, most of whom were from the Syrian community.

• The band includes a singer who made the difference with her beautiful melodious voice and her ability to perform various works.

The Syrian band "Takat" succeeded in forming a large popular base through its original singing.

Simplicity played a role in the brilliance of the band's star, as its videos succeeded in gaining more than 27 million views in record time.