The data was expected, but it did not stop being less bad. The inflation data -increase in prices- known yesterday, which reached 9.8%, overshadowed the shock plan that... 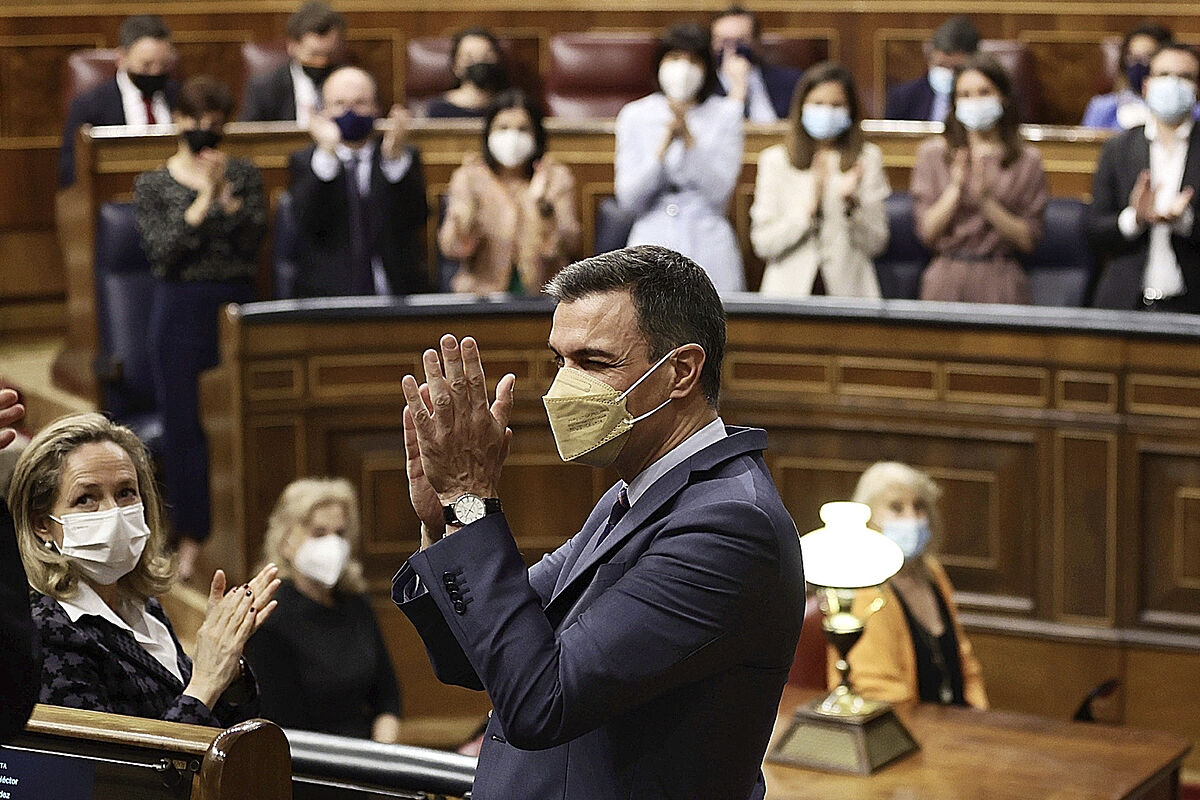 The data was expected, but it did not stop being less bad.

The inflation data -increase in prices- known yesterday, which reached 9.8%, overshadowed the shock plan that Pedro Sánchez presented in

"Concern", "alarm" were some of the sensations caused by the increase in prices within the Executive, despite being warned.

Despite the fact that in

of the go-ahead "in the coming weeks" to decouple the price of gas from the electricity market help alleviate the loss of purchasing power of citizens, the truth is that within the Government it is assumed that the rise in prices will last longer of what is desired and that it is more than possible that it will be necessary to adopt new measures or deepen the plan that Sánchez championed yesterday and that in the eyes of his parliamentary partners and the majority unions, was overwhelmed by the economic data.

They unanimously asked the President of the Government for more ambitious decisions, of greater depth and that are structural, not punctual.

"Strips", this is how the PNV described the plan.

Although the bad data was expected in the economic area of ​​​​the Executive, the problem they face is the blow it represents for the citizenry, especially the most disadvantaged classes.

As an example, the social unrest, with mobilizations in the street.

Hence, the Executive assumes the need for the shock plan, although it wants to be approved without contributions from any other party, it does have to be flexible and open both to new measures or modification of existing ones, as well as to their extension in time beyond June, the currently set limit.

This flexibility, this overflow, was assumed by Pedro Sánchez yesterday when he recognized -in the face of criticism received- that if the adverse scenario persists, the Government "will not hesitate to act again" and that its plan is "open and dynamic".

The Government assumes that there is going to be inflation, the order is to do everything possible to make it a "moderate" inflation, bearable, and that it does not fuel discontent and social unrest.

"The least possible impact" of prices on the consumer is the priority that La Moncloa has transferred as an objective.

Almost daily economic review given the assumption of an "uncertainty" scenario.

In the words of the vice-president Nadia Calviño: making “agile and effective short-term” decisions.

In any case, the official slogan in the Government is to convey that the skyrocketing prices are a consequence of the war promoted by Putin in Ukraine.

Future measures will be aimed fundamentally at reducing the electricity bill, an asset to which the Government entrusts everything: its shock plan, governance, social appeasement... The energy proposal that

will soon send to

will be key to know whether or not the government gets a break.

What the Government does expect is that inflation and the loss of purchasing power of the citizens will lead the PP to support its shock plan in Congress so that the aid dictated by the Executive is effective.

That in the face of urgency, Alberto Núñez Feijóo gives "a 180-degree turn."

Politics Feijóo criticizes Sánchez's fiscal policy: "The Government is lining up with the rise in electricity and gasoline"