Fu Zhenghua was fired, who else is in the "Sun Lijun political gang"?

China News Service, Beijing, March 31 (Reporter Kan Feng) After being investigated for nearly half a year, Fu Zhenghua has the latest news.   On the afternoon of the 31st, the website of the Central Commission for Discipline Inspection and State Supervision Commission announced that Fu Zhenghua, the former deputy director of the Social and Legal Affairs Committee of the National Committee of th 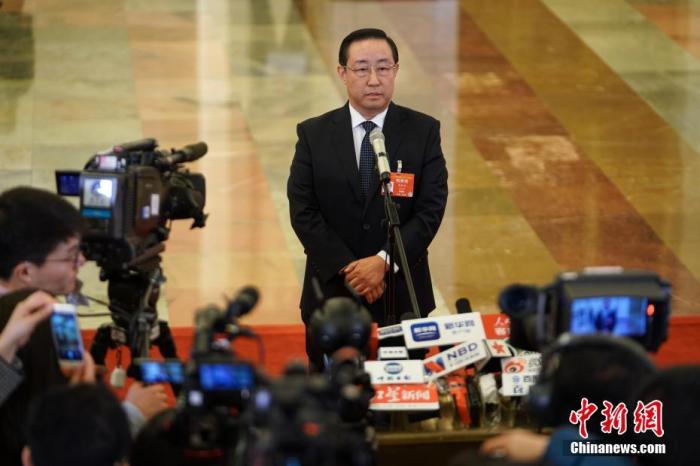 China News Service, Beijing, March 31 (Reporter Kan Feng) After being investigated for nearly half a year, Fu Zhenghua has the latest news.

On the afternoon of the 31st, the website of the Central Commission for Discipline Inspection and State Supervision Commission announced that Fu Zhenghua, the former deputy director of the Social and Legal Affairs Committee of the National Committee of the Chinese People's Political Consultative Conference, was expelled from the party and public office for serious violations of discipline and law.

Deeply cultivated in the political and legal system, "on TV" more than two months ago

Fu Zhenghua, 67, is a native of Luan County, Hebei Province. Most of his work experience is concentrated in the political and legal system. He started as an ordinary investigator of the Beijing Municipal Public Security Bureau, and has since become the executive deputy minister of the Ministry of Public Security.

In March 2018, Fu Zhenghua served as Minister of Justice and Deputy Secretary of the Party Leadership Group.

On October 2 last year, the official announcement that Fu Zhenghua was investigated.

The last time Fu Zhenghua appeared in the public eye was in the hit anti-corruption TV special "Zero Tolerance" two and a half months ago.

The official bulletin on Fu Zhenghua's "double-opening" this time is more than 700 words long. His issues involve political discipline and political rules, organizational discipline, integrity discipline, and life discipline. Some of the statements in the bulletin have attracted much attention.

For example, in terms of politics, he has completely abandoned ideals and beliefs, has never been truly loyal to the party and the people, completely lost the principles of party spirit, has no "four consciousnesses", deviates from "two safeguards", has extremely inflated political ambitions, has extremely despicable political conduct, and is speculative. Drilling into the camp, the profit makes the mind dizzy, and he will do anything to achieve his personal political goals.

The report also mentioned that he joined Sun Lijun’s political gang, formed gangs and formed factions for personal gain; he cheated on major issues, deceived the central government, and endangered the centralization and unity of the party; he discussed the major policies of the central party’s central committee and made friends with many “political liars” for a long time. adverse effects, etc.

He has been in the political and legal system for a long time. He has used and carried guns in violation of regulations for a long time, which has caused serious security risks. He has no reverence for discipline and law, violates the law, bends the law for personal gain, arbitrarily and arbitrarily, and causes serious and bad political consequences.

In terms of the eight provisions, Fu Zhenghua was accused of having a very serious idea of ​​privilege, living a luxurious and hedonistic life, illegally occupying multiple houses, office buildings and multiple buses for personal and family enjoyment for a long time, and arranging multiple public positions and active duty personnel for a long time for individuals and families. Family provides services.

In addition, he was also accused of "long-term superstitious activities, resisting organizational censorship", "big deal in power and money, illegally accepting huge amounts of property" and so on.

Screenshot of the video of the anti-corruption TV feature film "Zero Tolerance".

In January of this year, the China Disciplinary Inspection and Supervision Daily mentioned in its report on the anti-corruption TV special "Zero Tolerance" that the case of Sun Lijun, the former deputy minister of the Ministry of Public Security, was exposed for the first time.

As mentioned above, Fu Zhenghua is also specifically mentioned in the film.

The feature film said that under the high-pressure situation of anti-corruption, there are still people who can't control their inner greed, do not restrain their hands, and even intertwined political issues with economic issues, which violates the party's original mission, shakes the party's governing foundation, and affects the party's peace and stability. national political security.

"The Sun Lijun political gang case is a typical example of this."

On January 24 this year, the Ministry of Public Security held a special meeting of the public security organs to eliminate the influence of Sun Lijun's political gang.

What is a "political liar"?

Among the above-mentioned Fu Zhenghua's questions, there is one "long-term relationship with many 'political liars'".

In fact, cases involving "political liars" have also appeared many times in previous reports of sacked cadres or case analysis.

For example, Liu Xinyun, who was in Sun Lijun's "small circle", was accused of participating in gangs within the party, befriending "political liars", keen on political speculation, and causing bad political influence.

Liu Guoqiang, former deputy secretary and vice chairman of the Liaoning Provincial Committee of the Chinese People's Political Consultative Conference, was pointed out the problem of "blindly listening to 'political liars' and spending huge sums of money to run and buy officials to be deceived".

In September last year, the website of the Central Commission for Discipline Inspection and State Supervision Commission published an article entitled "Explore the Routines of Political Liars".

In the article, Song Wei, director of the Integrity Research Center at the University of Science and Technology Beijing, said, "'Political liars' usually appear in front of public officials as fictitious relatives and friends of leading cadres or special social identities, and use so-called 'rare political resources' to gain trust, and then use them to gain trust. Recruiting projects, defrauding money, etc. Similar to the political brokers who roam among the leading cadres, they are essentially for profit.”

Song Wei said that some party members and leading cadres were deceived by "political liars", exposing their lack of ideals and beliefs, weakened sense of discipline, and weak organizational concepts.

They are blinded by their desire for power and lose their political discernment, hoping to "build an antenna" and engage in political clinging "cutting corners" through the unspoken rules of human relationships.