From freezing Parliament to dissolving it.. the most prominent stations of Tunisia's crisis

Since Tunisian President Kais Saied began his exceptional measures, on July 25, 2021, notable events have occurred from the freezing of Parliament's powers to the announcement of its final dissolution on the evening of Wednesday, March 30, 2022. 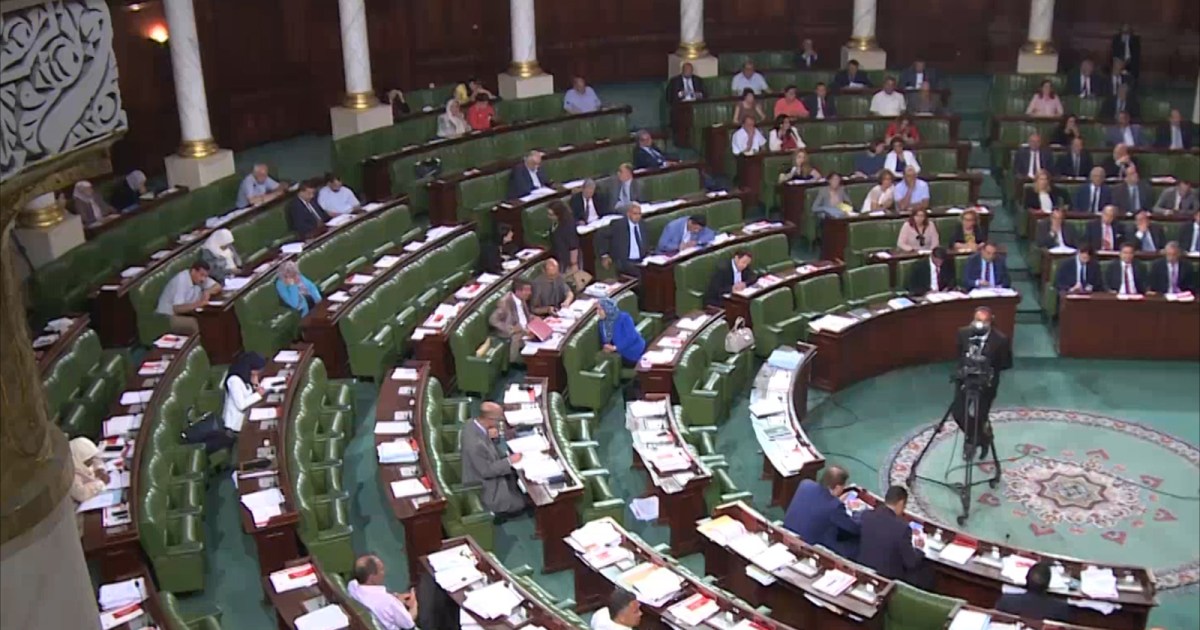 Since Tunisian President Kais Saied began his exceptional measures, on July 25, 2021, notable events have occurred from the freezing of Parliament's powers to the announcement of its final dissolution on the evening of Wednesday, March 30, 2022.

These measures came after Tunisian cities witnessed demonstrations and clashes of protesters with the security forces, to demand the resignation of the government and the dissolution of Parliament, in an escalation of anger, in light of the rapid spread at the time of the Corona virus and the deterioration of the economic situation.

The following are the highlights of the crisis between the presidency and parliament since its outbreak last July:

President Said announces the freezing of Parliament's powers for 30 days, and the dismissal of Prime Minister Hisham Al-Mashishi, and says that he has taken measures required by the situation to save the state and Tunisian society.

Parliament Speaker Rached Ghannouchi starts a sit-in in front of the Legislative Authority building, and demands permission to enter Parliament, after the army closed it, amid the exchange of hundreds of Saied supporters and the Ennahda movement (the owner of the largest parliamentary bloc and headed by Ghannouchi) hurling bottles and stones in front of Parliament.

Al-Mashishi announces that he will hand over power to whomever the president chooses.

The Ennahda Movement (53 deputies out of 217) calls for early legislative and presidential elections to ensure the protection of the democratic process.

Saeed issues a presidential order relieving the General Director of National Television, Muhammad Al-Dahesh, from his duties, in addition to releasing 24 officials in the government and security services.

– A security force arrests Yassin al-Ayari, an independent member of Parliament, and the most prominent critic of Saeed, from his home.

Parliament member Maher Zeid was also arrested, after he was sentenced in 2018 to two years in prison for insulting the late President Beji Caid Essebsi.

Saeed announces the extension of the suspension of parliament's activity until further notice, and says that parliament is a danger to the state.

Amnesty International announces the registration of 50 cases of illegal and arbitrary bans on the travel of judges, businessmen and representatives outside Tunisia, and the placement of about 50 political figures and businessmen under house arrest.

The International Organization Against Torture calls on Saeed to put an end to a series of arbitrary practices and restrictions on freedoms.

The tenth of September

European Union Foreign Minister Josep Borrell expresses to Saied concerns, and calls on him to allow the resumption of parliament's work and preserve the gains of democracy.

Said talks about the possibility of amending the constitution approved in 2014, three years after a popular revolution that toppled former President Zine El Abidine Ben Ali in 2011.

Said issues a presidential order that includes new procedures and decisions by issuing texts of a legislative nature in the form of decrees.

As well as maintaining work only with the Preamble of the Constitution and the first and second chapters of it and all constitutional provisions that do not conflict with the provisions of this presidential order.

Political and human rights circles believe that this presidential order enhances the powers of President Saeed at the expense of the government and parliament.

Said assigns university professor and geologist Najla Boden, 63, to form a government as soon as possible.

Prime Minister Najla Boden and her ministers (25) are sworn in before Saeed.

The ambassadors of the G7 member states accredited to Tunisia call - in a joint statement - for a speedy return to the functioning of the country's democratic institutions.

Saeed announces the continuation of the freezing of Parliament until the organization of new legislative elections on December 17, 2022, and also announces a popular consultation via electronic platforms, from the beginning of January until March 20, 2022, and confirms that the constitutional reforms will be submitted to a popular referendum in July 25, 2022, which is Republic Day.

The Official Gazette publishes a decree related to the Finance Law for the year 2022, which is the first finance law in the country's history to be issued in the form of a presidential decree, and does not pass through Parliament.

Saeed announces the dissolution of the Supreme Judicial Council, after accusing its members of corruption and loyalty to the Ennahda movement and former Minister of Justice Noureddine El Beheiry (the deputy head of the movement), and the Council - an independent body established in 2016 to oversee the professional affairs of judges - denies the validity of Said's accusations.

Saeed signs the decree establishing the Interim Supreme Judicial Council, and grants himself the power to request the dismissal of every judge who violates his professional duties, and to prevent judges from striking.

The Tunisian Judges Association announces its refusal to deal with the Interim Supreme Judicial Council, considering it illegitimate.

Thousands of supporters of the Ennahda movement and the "Citizens Against the Coup" movement demonstrate in the capital, Tunis;

To commemorate the 66th independence anniversary, and to demand the overthrow of what they called the coup, and to return the country to the democratic path.

- Assistant Speaker of Parliament in charge of media and communication Maher Al-Madhyoub says via Facebook that Parliament Speaker Rashid Ghannouchi called the Parliament’s office to convene on the morning of Monday, March 28, 2022, to consider the Parliament’s agenda in the coming period.

Saeed comments that the Council is frozen, and any decision that will be taken is outside history and geography, and whoever dreams of going back is delusional, and his pipe dreams will not be realized.

The House of Representatives office announces the holding of a plenary session of Parliament on Wednesday, March 30, 2022, to cancel Said's exceptional procedures.

Saeed warns against Parliament’s attempts to hold sessions, and stresses that the state is not a puppet driven by threads from inside and outside (without clarification), and Tunisian state institutions are not based on short missions, as he put it.

Parliament approves, through a vote, in a virtual plenary session, a law that cancels all of Saeed’s exceptional procedures, about 8 months after their start.

- Saeed responds, via a televised speech, saying, "Based on Article 72 of the Constitution, I announce today, at this historic moment, the dissolution of Parliament, in order to preserve the people and state institutions."