Jeff Bezos' space company completed its fourth manned spaceflight in less than a year on Thursday, bringing six new space tourists on board. 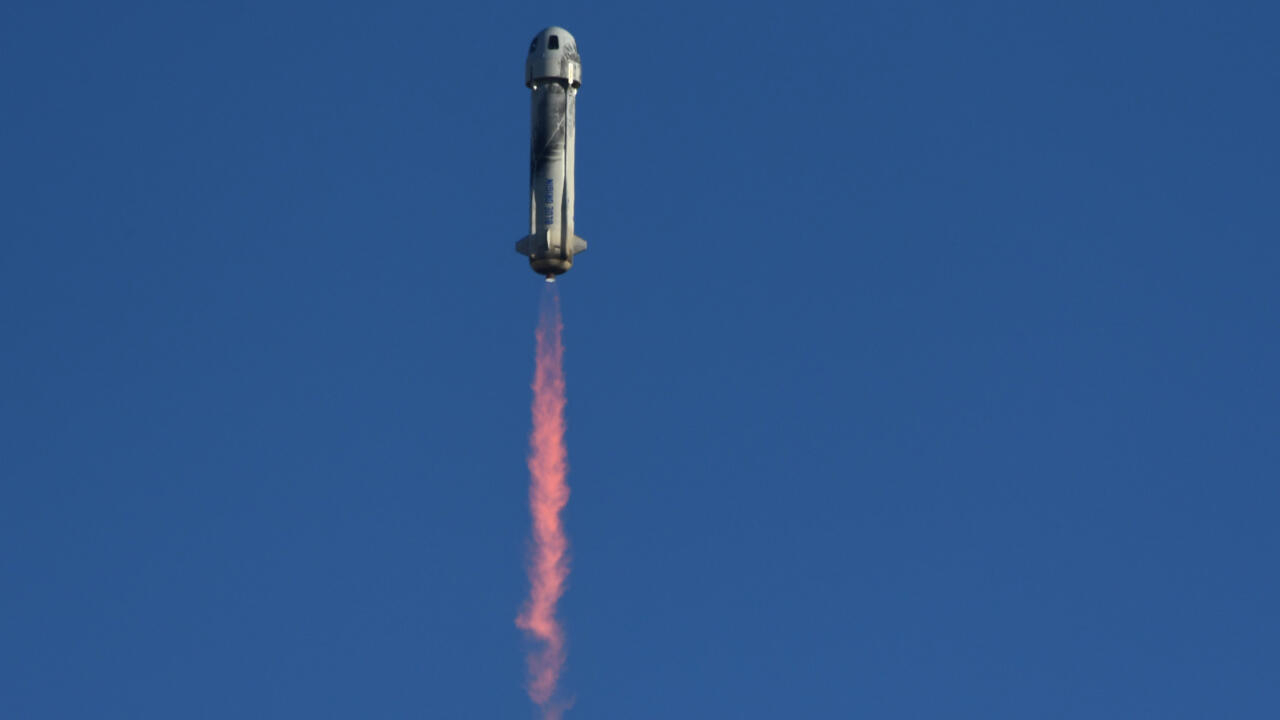 In just ten minutes, from West Texas, a capsule was propelled by the New Shepard rocket until reaching space, before descending in free fall towards Earth, slowed down by parachutes, then retrorockets.

Up there, the passengers were able to detach themselves from their seats and float for a brief moment in weightlessness.

Five customers had paid an undisclosed price for this trip: the businessman Marty Allen, the spouses Sharon and Marc Hagle, respectively at the head of a charity organization and a real estate company, the professor in business school Jim Kitchen, and George Nield, who runs a company promoting commercial space activities.

The latter is also a former head of the commercial space division of the US aviation agency, the FAA.

The sixth and last seat was occupied by one of the first twenty employees of Blue Origin, Gary Lai, who notably developed several security systems for the capsule.

Pete Davidson, an American comedian and boyfriend of reality TV star Kim Kardashian, was originally slated to fill the latter seat, but the company eventually announced he would not be taking the trip, without giving a reason.

With this flight, Blue Origin has now transported 20 people above the Karman line, which marks the beginning of space according to international convention, at an altitude of 100 km.

Billionaire and Amazon founder Jeff Bezos himself participated in New Shepard's first manned flight in July 2021. Since then, the craft has also carried the actor playing the iconic Captain Kirk of the Star Trek series, William Shatner , or Laura Shepard Churchley, the daughter of the first American to go into space.

Blue Origin's main competitor for this type of suborbital flight is Virgin Galactic.

In July, the founder of the latter company, the Briton Richard Branson, had also reached space.

But since then, Virgin Galactic has not made a new flight, devoting itself to modifications on its machine.