Afghanistan: the impossible conditioning of humanitarian aid to girls' education

As the UN attempts to mobilize a record $4.4 billion in humanitarian aid to address a dire humanitarian crisis in Afghanistan, the Taliban's decision to close colleges and... 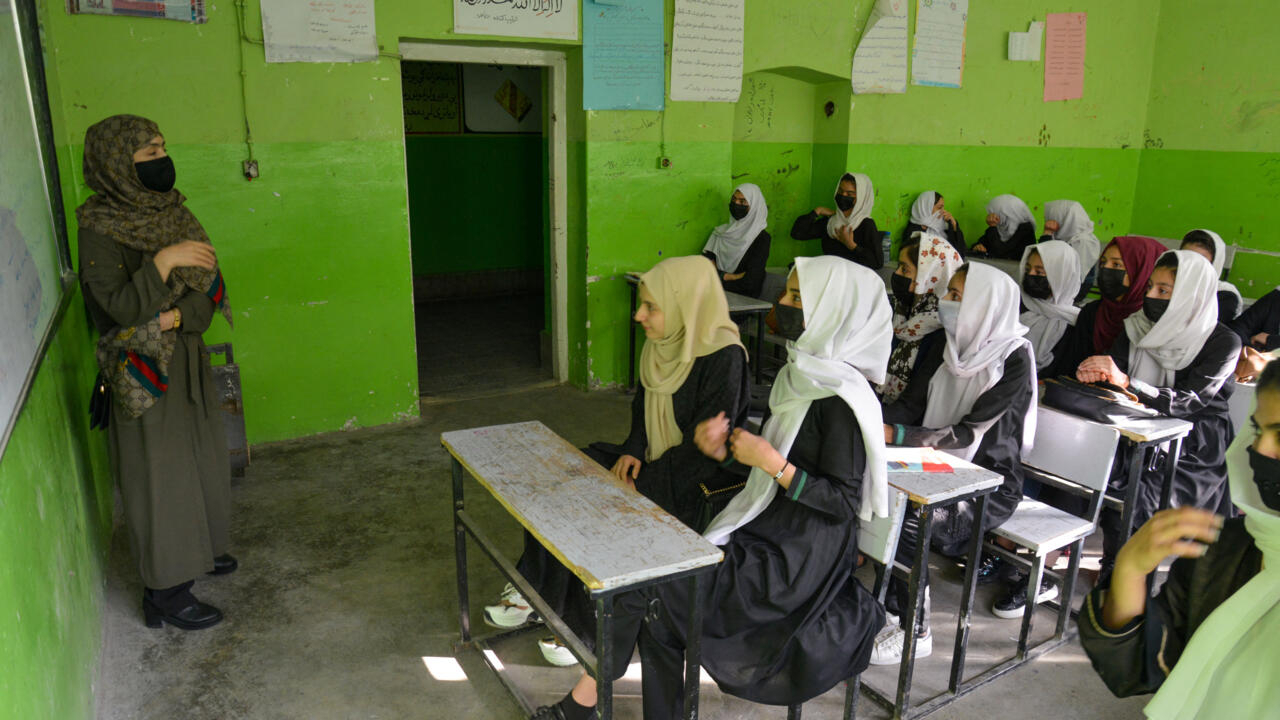 The consequences of the Taliban's brutal decision to ban girls from secondary schools are beginning to be felt.

The World Bank announced on Wednesday March 30 the suspension of four projects worth around 600 million dollars (540.9 million euros).

These projects were ready for implementation by UN agencies to support initiatives in the education, health and agriculture sectors, as well as community livelihoods.

That was without counting the sudden reversal of the Taliban, which last week reversed its decision to allow girls to study in secondary school, just hours after the long-announced reopening.

A volte-face that provoked a wave of indignation in the world and among Afghan women.

This great leap backwards now risks compromising not only the international recognition of the regime of these fundamentalist Islamists, but above all the billions of euros in international aid planned to get Afghanistan out of a deep economic and humanitarian crisis.

For good reason, the international community has made the right to education for all a condition for the granting of this aid.

Before the World Bank, the United Nations Development Program (UNDP) had also expressed reservations about the allocation of aid promised to Afghanistan after the reversal of the new masters of Kabul.

The aid of the international community could thus go to other humanitarian crises in the world if the Taliban delays in reopening middle schools and high schools for girls in Afghanistan, thus warned the head of the UNDP, Achim Steiner, in visit, Monday , in Kabul.

However, time is running out.

Since the Taliban came to power and the end of international funding, which represented 75% of the Afghan budget, the country has been plunged into a deep crisis which is worsening an already disastrous humanitarian situation after four decades of conflict and recent droughts.

According to the United Nations, some 23 million Afghans are now suffering from hunger and 95% of the country's inhabitants do not have enough to eat, while 10 million children are in urgent need of help to survive.

"One million severely malnourished children are on the brink of death," warned UN chief Antonio Guterres, who is trying to mobilize record humanitarian aid of $4.4 billion (3, 9 billion euros), while condemning the bans imposed by the Taliban on Afghan women.

A donors' conference, co-organized on Thursday March 31 by the UN, the United Kingdom, Germany and Qatar, aimed to bring together this appeal for funds, the largest ever committed for a single country.

But so far only 13% of the amount needed has been pledged.

"They will never make concessions"

"Donors may be less generous, but every dollar counts to save human lives," laments Heather Barr, acting co-director of the women's rights division of Human Rights Watch (HRW).

Joined in Islamabad by France 24, she said she was pessimistic about the reopening of schools for girls in Afghanistan.

The Afghan Ministry of Education, which gave no clear explanation to justify the closure of the secondary to girls, had mentioned "some practical problems not solved before the deadline scheduled for the opening".

A statement suggesting that a compromise would be possible on the adoption of a uniform for young Afghan women, an outfit which would aim in particular to cover their face on the way to school.

"The Taliban took power in August 2021, and in seven months they still haven't found a solution?", Ironically Heather Barr.

"I don't believe it. They will never make concessions. They will dangle this and never will, just like 25 years ago."

Denouncing an increase in attacks on women's rights, HRW believes that the Taliban "seems to have stopped pretending to appease donors in the hope of obtaining aid and recognition".

The NGO recalls other restrictions announced the days following the closure of schools for girls, such as the ban on women traveling by plane without a male member of their family, or the ban on them from frequenting parks in Kabul four days a week.

"The Taliban are still divided into factions. The power struggles between these groups played on these last-minute reversals against the Afghan women," says Heather Barr.

“Some Taliban were educated outside Afghanistan, they spent time in Pakistan, or elsewhere. In particular in Qatar, where they could see that Islam encouraged the education of women while enforcing rules of dress strict for these", explains to France 24 Afzal Ashraf, lecturer in international relations and security at the University of Loughborough.

“But most have a more traditional approach. They want women to stay in the house. that they educate young girls with the constant desire to change the beliefs and customs of their people".

The researcher also argues that among the Taliban, leadership is not central.

Also, the political weight of the different factions changes according to the alliances.

"Their influence is proportional to military power, it is based on the number of men who follow a Taliban leader rather than on religious grounds."

A complexity that no doubt explains the repeated flip-flops and political vagueness since the Taliban came to power.

For many observers of Afghan society, the West should not expect commitments from the masters of Kabul in terms of education and should not tie humanitarian aid to the uncertain policies of the new Afghan executive, as far as the urgency is otherwise.

"Shouldn't we save women's lives before worrying about their education? Without this aid, Afghan women and their babies will die. The question of the education of young Afghan girls will no longer arise, since they will be starved," says Afzal Ashraf.

"Do not punish all Afghans for Taliban abuses," implores HRW.