On the 36th day of the invasion of Ukraine by Russia, this Thursday, March 31, follow our latest information live.&nbsp; 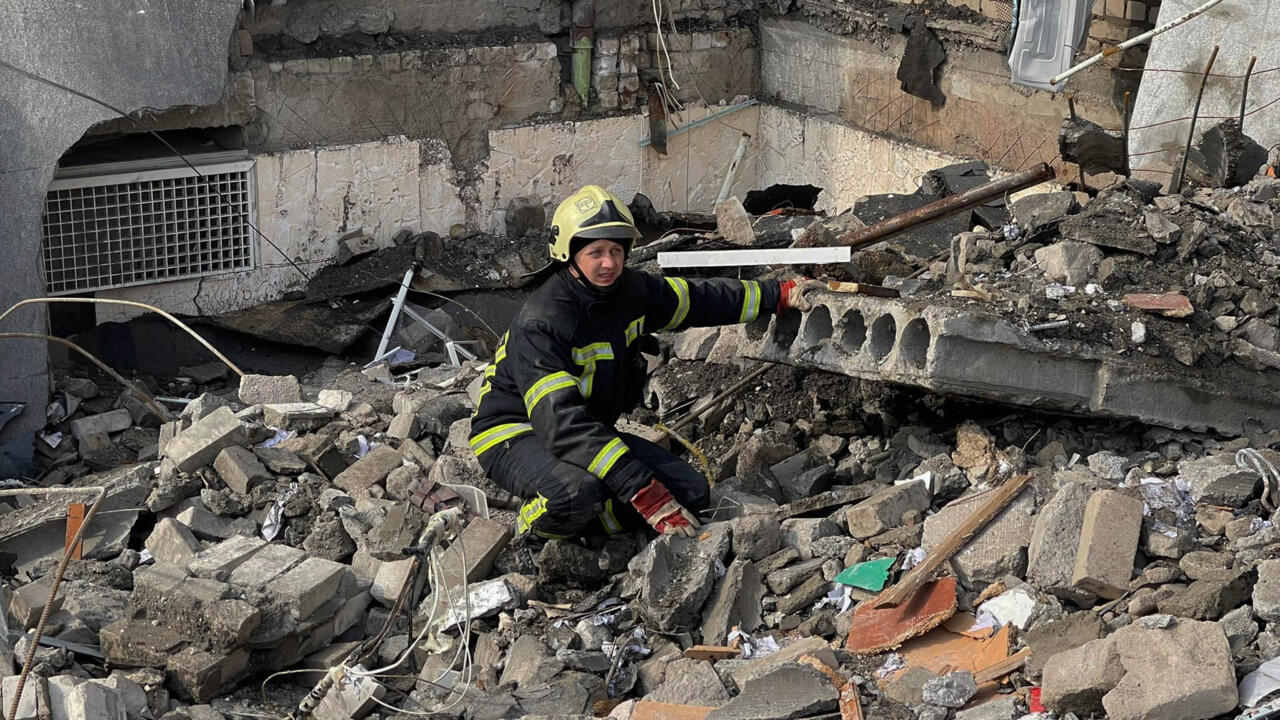 Rescuers carry out search operations in the ruins of bombed buildings in Mykolaiv, March 30, 2022. AFP - STR

On the 36th day of the invasion of Ukraine by Russia, this Thursday, March 31, follow our latest information live.

Article updated regularly, click on this link to refresh

5,000 people have died in Mariupol

, according to a Ukrainian official.

Besieged by Russia for several weeks, the city is undergoing a real “

a "ceasefire" from Thursday morning

►Russian-Ukrainian talks will resume on April 1, a senior Ukrainian official has announced.

Moscow said on Wednesday that it saw nothing "promising"

in these negotiations, after having nevertheless qualified them the day before as "significant" and having pledged to "radically" reduce its military activity in the regions of Kiev and Chernihiv.

and is asking for an international agreement guaranteeing its security.

Its president has said he does not believe Russian promises to reduce military activity.

Volodymyr Zelensky also announced that his army was preparing for new battles in the east of the country.

The noose is loosening in Kharkiv where they are regaining ground.

The city of Chernihiv has been heavily bombed and the humanitarian situation is worsening.

An administrative building was bombed on Tuesday in Mykolaiv, at least nine people were killed.

Ukraine also claims to have taken over the town of Irpin, a suburb of kyiv, on Monday.

Moscow announces ceasefire in Mariupol on Thursday to evacuate civilians

The Russian Ministry of Defense announced on Wednesday evening a "

", i.e. a local ceasefire, from 10 a.m. Thursday (07 a.m. UT) in the besieged Ukrainian port of Mariupol in order to evacuate civilians.

This measure should make it possible to open a humanitarian corridor to the Ukrainian city of Zaporozhye with a stopover via the port of Berdiansk, under Russian control.

For this humanitarian operation to succeed, we propose to carry it out with the direct participation of representatives of the United Nations High Commissioner for Refugees (UNHCR) and the International Committee of the Red Cross (ICRC)

," added the ministry in a statement.

The Russian ministry also asks that Kyiv guarantee the "unconditional respect" of this local ceasefire via a written notification sent to the Russian side, to UNHCR and to the ICRC before 06h Thursday (03h).

Moscow is also asking the Ukrainian army to commit to ensuring the safety of the bus convoys that will travel along the agreed route for this corridor.