Women's C1: Barcelona qualified for the semi-finals in front of 91,553 spectators, a record

FC Barcelona qualified for the semi-finals of the Champions League on Wednesday by beating Real Madrid 5-2 (first leg: 3-1), in front of 91,553 spectators, a new world record for a match. 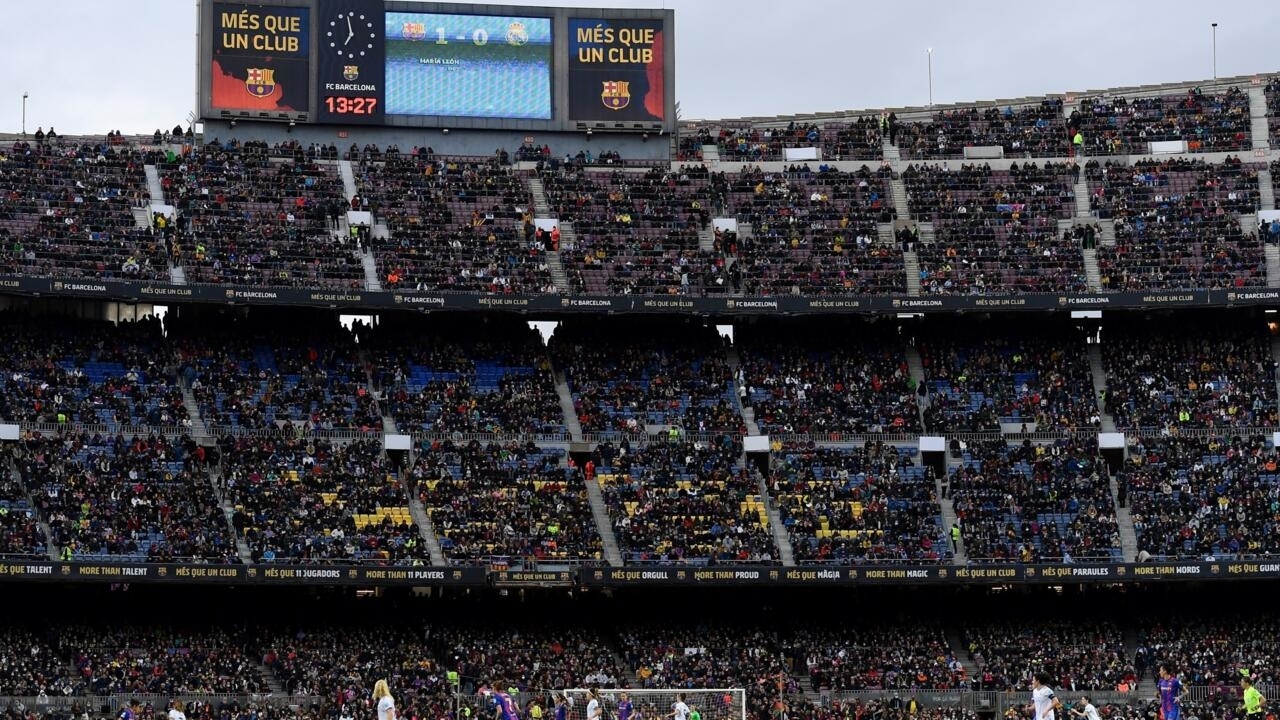 The suspense lasted less than an hour as Real managed to reach the break at 1-1 and even lead 2-1 for a few minutes at Camp Nou.

Then the Catalans reacted and scored four goals in quick succession, just to put the score in line with their total domination of this match.

The joy of the Barcelona women after a goal scored against Real Madrid, in the quarter-final second leg of the Champions League, on March 30, 2022 at Camp Nou, in front of 91,553 spectators, a new world record for a women's football match Josep LAGO AFP

The Barcelona players will face Arsenal or Wolfsburg in the semi-finals, who had drawn the first leg (1-1) and will play their return match in Germany on Thursday (6:45 p.m.).