[Exclusive] "There is no room for arguing… Government reorganization, after June" 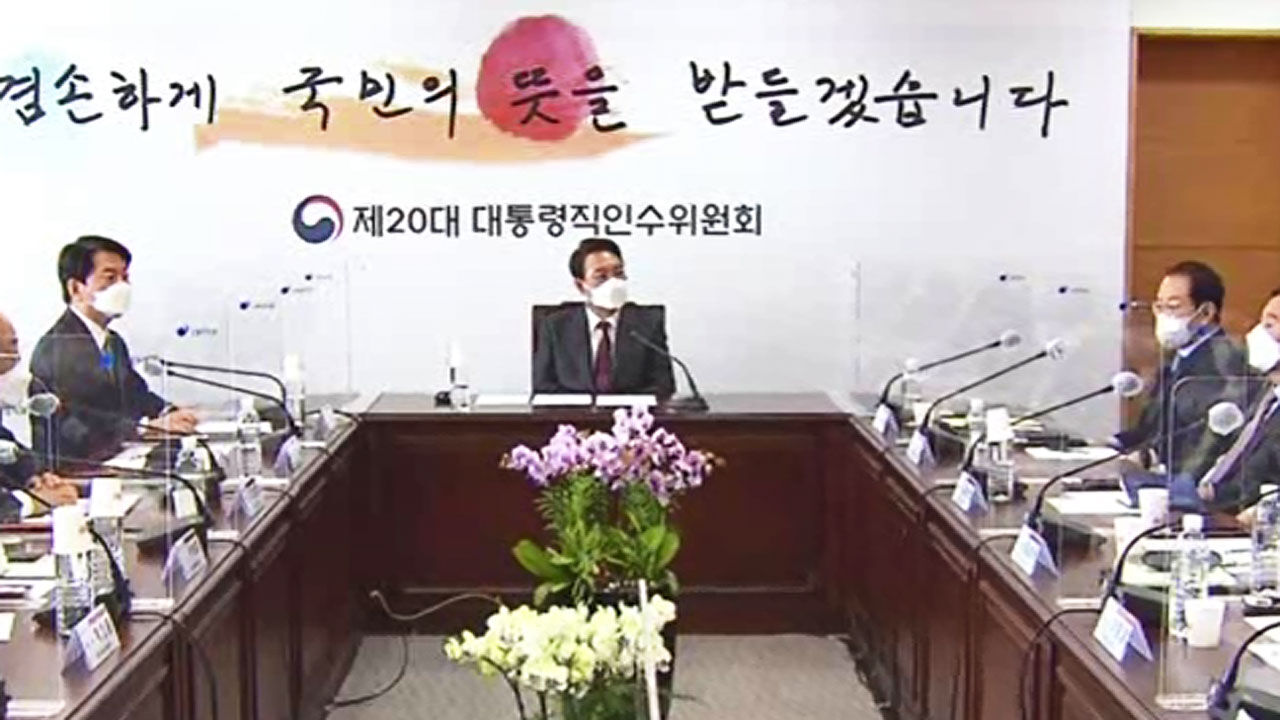 It has been confirmed that elected Yoon Seok-yeol is considering a plan to delay the reorganization of the government until June, after the new government is inaugurated.

The first cabinet of the new government is that it can now be formed as a government organization.

President-elect Yoon Seok-yeol's side has repeatedly emphasized 'a government that can work at the same time as it is launched'.

[Kim Eun-hye/President-elect Spokesperson: The new prime minister will be appointed so that we can work together in time for the inauguration of the new government

A key official of the elected party said, "Currently, verification of ministers and key personnel has progressed considerably. Most of them will be announced in early April."

However, the first cabinet said that it would announce a ministerial appointment in line with the current government department.

Originally, it was planned to announce a government reorganization plan along with the national task next week, but the plan is to postpone it.

The government organization law needs to be amended to revise the government departments, but if the Democratic Party, which has a majority of seats, blocks it, it cannot be promised, and there is not enough time considering that it takes three to four weeks from the nomination of the State Council member to the final appointment through the National Assembly personnel hearing. no see.

In some cases, it is expected that President-elect Yoon will work with the Moon Jae-in government ministers for a certain period of time even after taking office on May 10.

The elected representative said, "I can't afford to argue in the National Assembly, we need to go to a government that works quickly." "The government reorganization will be done after June."