Tunisia.. The House of Representatives decides to hold two sessions and President Kais Saied threatens to use force

Late on Monday, the Tunisian president warned against attempts to hold sessions of the suspended parliament, after the office of the Assembly of People's Representatives announced that it had decided to hold two plenary sessions this week to cancel the exceptional measures. 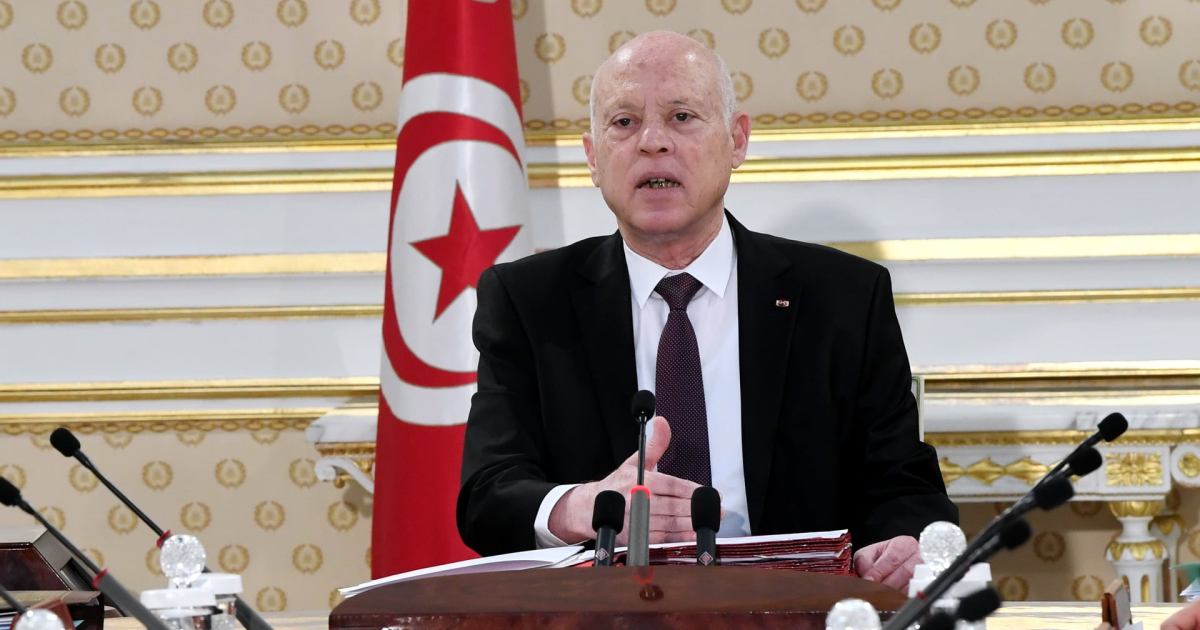 Tunisian President Kais Saied warned late Monday against attempts to hold sessions of the suspended parliament, after the parliament's office announced that it had decided to hold two plenary sessions this week to consider canceling the exceptional state approved by the president last summer.

Said said - in a video clip published by the Tunisian presidency after supervising the meeting of the National Security Council - that state forces and institutions "will confront those who want to tamper with the state and push Tunisians to fight."

Said - who froze the activities of Parliament and took over the executive authority on July 25 last - added that "the state is not a puppet, and these attempts are desperate and have no legal value."

He added that "the institutions of the Tunisian state are not based on short missions," as he put it.

He considered that the meetings that will be called "are miserable attempts because of the fear of some people from going to the polls in the coming period," he said.

In the same context, Ennahda's Shura Council held - in a statement issued on Monday - President Kais Saied "responsibility for the economic and social situation in the country."

The statement - which was issued after the 57th session of the Shura Council, which was held last Saturday and Sunday in the capital, Tunis - added that "the policy of the coup authority (Said) led to a rotten business climate, which resulted in a lack of confidence of local and international economic actors, a decline in the investment climate and an increase in the number of bankrupt institutions. and high unemployment.

Ennahda's Shura Council affirmed that "Tunisia's economic and social crises will increase the country's regional and international isolation after the robbery and domestication of its constitutional institutions, the marginalization of national organizations and parties, and the closure of the door to dialogue and consultation in national affairs."

The statement denounced “targeting the judiciary, the media, and the administration by subjugating and appointing loyalists, in clear violation of the requirements of the constitution, the law and international covenants.”

On the other hand, a high-ranking US official said yesterday, Monday, that the United States "is concerned about the democratic path in Tunisia, and calls on the Tunisian authorities to respect freedom of expression and to stop the military trial of civilians."

In a statement following a visit to Tunisia, US Under Secretary of State in charge of Civil Security, Democracy and Human Rights Ozra Zia stressed the "importance of initiating a comprehensive political and economic reform process in coordination with political parties, unions and civil society."

The US comments increase pressure on President Kais Saied, who critics say has sought to strengthen individual rule since he suspended parliament and monopolized the executive authority last summer and exercised power by issuing presidential decrees and decisions.

His critics say that what he has done amounts to a coup, while he says that his actions were necessary to save Tunisia from what he described as a "corrupt elite whose only concern is to serve its interests, and a political system that has led to paralysis and stagnation" since the 2011 revolution that toppled former President Zine El Abidine Benn. Ali.

However, Said's road map was rejected by most parties, who consider it a "coup", and say that the president "seeks to strengthen his political project."

And last December, Saeed announced the holding of early legislative elections on December 17, 2022, preceded by an electronic referendum (it started in mid-January and ended on March 20), followed by a referendum on the political system and the electoral system in July next.