Successes, failures, rebounds, addictions, life in permanent speeding: far from the usual hagiographies, the documentary series "Johnny by Johnny" from Netflix paints a captivating portrait of the ex-i... 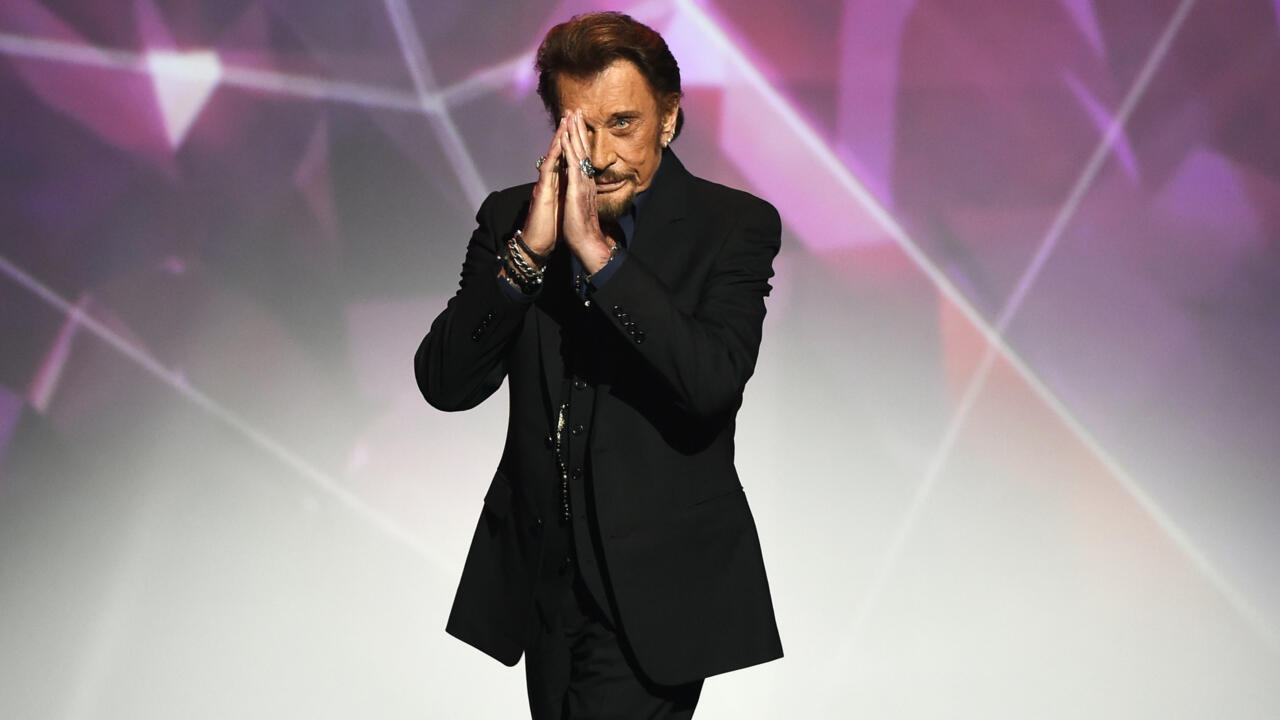 A popular idea is that Johnny Hallyday, who died in December 2017, did not say much in the countless TV interviews given in more than 50 years of career.

His outspokenness is the flavor of these five episodes of 35 minutes each, broadcast from Tuesday, based on archives, often drawn from oblivion and accompanied by testimonies in voice-over, without language of wood, like Pascal Obispo who worked with him.

"Each time we unearthed an interview, we were struck by its frankness, which means that the story is held together by Johnny's voice, even if we sometimes have witnesses to go a little further", dissects for AFP Eric Hannezo, boss of Black Dynamite (company of the Mediawan group) which produces the documentary series in association with Universal Music France.

Adeline Blondieau, one of the ex-wives, thus describes a romance that has become a "job": taking full-time care of Johnny, sometimes assailed by "his demons".

The result is a full portrait of the man who was the favorite rocker of the French, between a bang and a dark face.

Johnny Hallyday, his wife Adeline and his producer Jean-Claude Camus (d), in May 1992 at the Cannes Film Festival MICHEL GANGNE AFP/Archives

"There was no calculation to protect him or not, he himself being so cash in the interview, which does not prevent empathy", develops Eric Hannezo.

Johnny's famous interview given to the newspaper Le Monde in 1998 caused a stir at the time, because he spoke candidly about his relationship with drugs.

But in the Netflix series we also hear the interpreter of "Light the fire" indulge in the rhythm to keep on tour, avoiding appearing on stage with "dilated nostrils", a reference to cocaine.

The border between legend and reality is drawn over the episodes.

No, he never shook hands with Elvis Presley when leaving the stage as he led people to believe, establishes the documentary directed by Alexandre Danchin and Jonathan Gallaud.

Yes, on the other hand, Charles Aznavour took him under his wing and scammed him to build an image.

"Johnny by Johnny" grabs the viewer with a drama served by a clever soundtrack: in addition to extracts from the concerts, we hear guitar riffs when the artist revives and electro pieces announce the setbacks.

Enough to attract purists and others, especially a young audience who will be able to grasp "the romantic dimension of the last sacred monster" of French show biz, as summarized by Eric Hannezo.

Life between fans and cameras

Johnny, over the interviews, consciously or not opens the various drawers of his life.

The archive images navigate between a singer with insane shows (kung-fu fights and giant hand on stage), an actor who has gone through action and auteur cinema, a megastar with a crazy lifestyle and a lucid man when taking stock of marital/family life.

We realize over the length that Johnny very quickly lived non-stop under the eyes of the fans – such as these young girls collecting the cigarette butts thrown around his home – and the TV cameras.

In the balance, the artist used the media cleverly, was honest and also got tricked.

The images of his father, who had abandoned him barely born, returned to renew contact with him during his military service, are thus nothing but a paparazzi staging with a venal progenitor.

"He says it himself, he has always been happier as Johnny on stage than as Jean-Philippe Smet (his name in the civil status, editor's note), an individual seeking his place", concludes Eric Hannezo.