Between fiction and documentary cinema, the dreams of millions of Egyptians to reach the World Cup 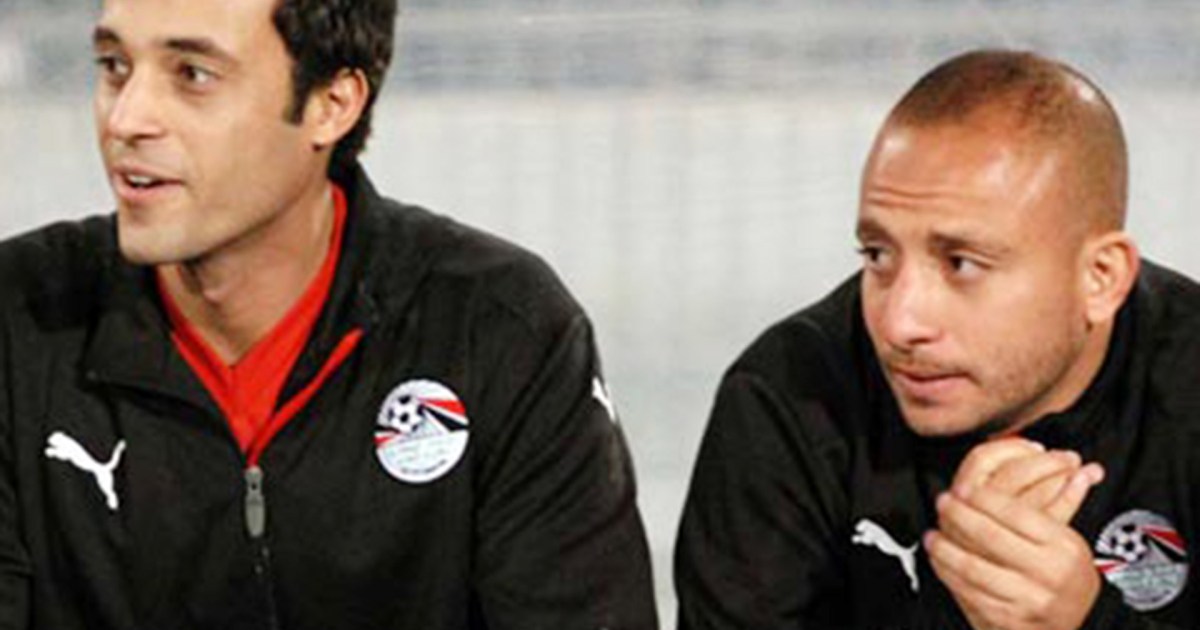 During the last ten minutes of the Egyptian movie "The World", it turns into a real football match, including suspense and excitement, in which the camera moves between the fans in the stands of Cairo Stadium and the football players on the field - some of them are real players from the national team - and coach Hassan Shehata. The same, with the voice of commentator Mahmoud Bakr, as if we were watching the match on television, to live the minutes of the match minute by minute, in breathtaking dramatic scenes, perhaps the best football match presented by Egyptian cinema.

The Egyptian team scores a goal, and the first half ends. A journalist calls out to the star of the professional team in Europe Malik (the artist Youssef El-Sharif), and congratulates him for reaching the World Cup. Malik replies: The match is not over yet.

In the second half, the Algerian player scores a goal, and this result means that Egypt will not qualify for the World Cup, and in the 80th minute Malik (sitting on the bench) goes to the match stadium, recalling his words as a child, “I will enter Egypt in the World Cup again”, to achieve his dream after minutes and Malik scores The goal of winning and qualifying for the World Cup.

These moments must not leave the minds of millions of Egyptian football lovers, while millions of Egyptians are waiting for the national football team’s match against Senegal on Tuesday, which decides the fate of Egypt’s rise to the Qatar 2022 World Cup for the fourth time in its history and the second in a row, after the Egyptian team achieved A valuable victory in Cairo last Friday.

Before the decisive match

The cinema documented the dreams of the Egyptians to qualify for the World Cup in the movie “The World” starring Youssef El Sharif, Dalal Abdel Aziz and Salah Abdullah and directed by Ahmed Medhat. The film was shown in the summer of 2009, before a decisive match for the Egyptian team with its Algerian counterpart to qualify for the 2010 World Cup, presenting an imaginary scenario about a decisive Qualifying in Cairo Stadium with a goal for the Egyptian team against Algeria leads Egypt to the World Cup, which is what happened, but another match took place in Sudan because of the two teams’ points tied, Algeria won and climbed, but Egypt failed to achieve the dream of millions.

The dream of qualifying did not come true at the time, but fates want the script of the film to be repeated literally.

An Egyptian child dreams of leading his country to return to the World Cup after a long absence. He begins his football career locally, before going professional in the largest European clubs, and leads the Egyptian team in a decisive match for the World Cup, scoring the precious winning goal that carries his country's flag to the World Cup finals. the scientist.

In the film, this hero was Malik (Youssef El Sharif), while in fact he is Mohamed Salah, the star of the English team Liverpool. In the film, the decisive match against Algeria was at Cairo Stadium, and in fact the opportunity to qualify came at the Burj Al Arab Stadium in Alexandria in October The first 2017, and in fantasy and reality, the professional star scored the qualifying goal in the last moments of the match.

In 2013, the Egyptian director Iyad Saleh presented his documentary film "The Lost Years of Ball... Why Doesn't Egypt Reach the World Cup?", which was shown at the Al Jazeera Documentary Film Festival, and reviewed the Egyptians' dream of climbing to the World Cup after the last Egyptian participation in the 1990 World Cup.

The film documented how the “Pharaohs national team” failed 5 times in 20 years to achieve the dream, until it became an impossible thing. The last minutes of the match between Egypt and Algeria 2019 in Cairo Stadium, to end the match with a goal for Egypt in the last minute.

However, the Egyptian team fails in the decisive match in Sudan, and the film ends with waiting for Egypt's decisive result against Ghana to qualify for the 2014 World Cup, which ended in a tragic end (Ghana beat Egypt 6-1).

Al-Jazeera Documentary Channel also presented the film "El Gohary.. Egypt" in 2015, about the career of the Egyptian national team coach Mahmoud El Gohary, the first to win the African Nations Cup as a player and coach, and the first to lead the Egyptian team to qualify for the World Cup in the light of qualifying qualifiers, and the film documented the story of qualifying for the World Cup. 1990 and the matches of the Egyptian national team during the World Cup, and how Egypt drew with the Netherlands in an exciting match, and the film was distinguished by a rich archive of matches and press and television interviews.

Aside from the World Cup, Egyptian cinema has made millions of people love football. In the movie “Stranger in My Home,” the artist Nour El Sherif plays the role of Zamalek player Shehata Abu Kaf, who comes from Upper Egypt to Cairo to fulfill his dream of professional football.

The cinema also presented comedic films about football, such as “4-2-4”, “A Man Who Lost His Mind”, “Zamalawia” and “The Third Degree”, and these films reflected the Egyptians’ passion for football and the intense competition between the two poles of Egyptian football, Al-Ahly Zamalek.