TV rights: the paradox of the Blues, world champions soon without a broadcaster

Who wants to broadcast the Blues? Held by TF1 and M6 until the end of March, the TV rights of the French football team are struggling to attract a limited market that is reluctant to break the bank for cha... 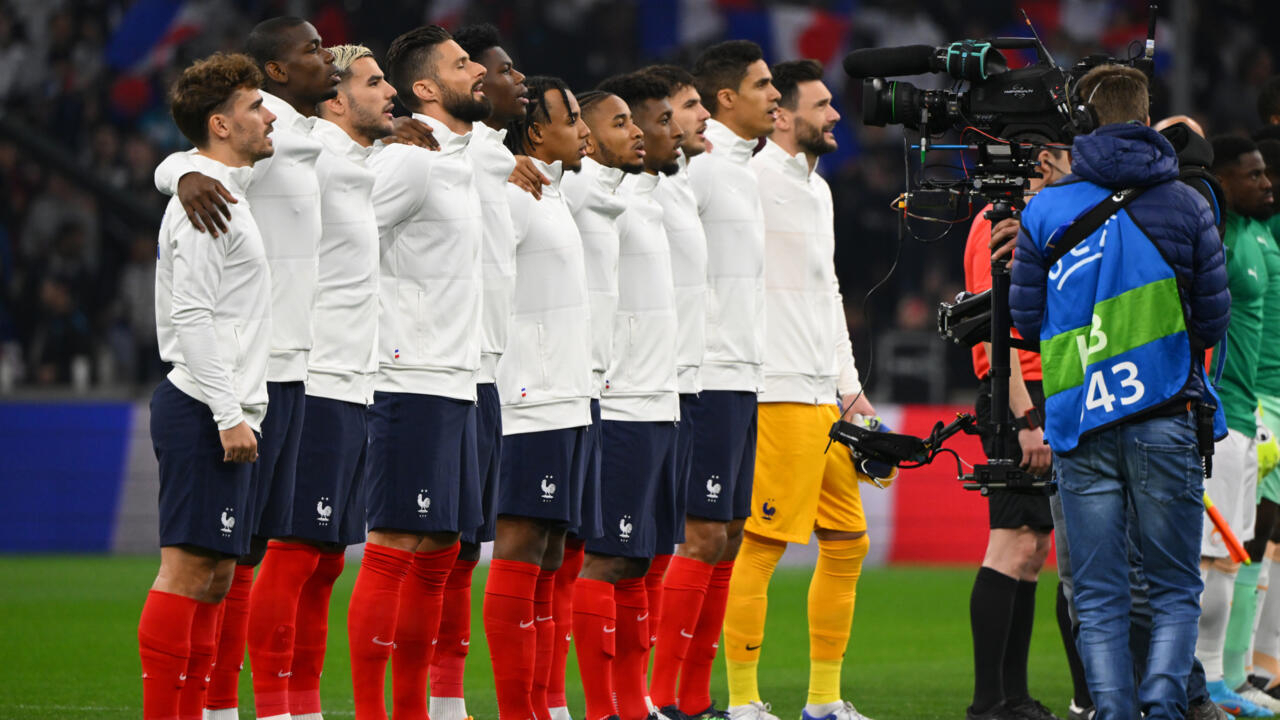 By packing up their equipment, Friday after France-Côte d'Ivoire (2-1), the M6 ​​teams had to wonder if the friendly match played in Marseille would be their last with the France team.

Their TF1 counterparts may experience the same feeling on Tuesday in Lille after France-South Africa, the last match of a co-broadcasting contract in force since 2018.

Because for the rest, nothing is recorded: the call for tenders for the matches of the 2022/2028 period - excluding World Cups and Euros, sold separately - was unsuccessful this fall and Kylian Mbappé's partners do not know. still not which channel will broadcast their next meetings, scheduled in June for the League of Nations.

"We can regret it a little. I have the impression that we have fulfilled our mission with loyal partners, TF1 and 6. The audiences have been good, even very good, and French football has done very well. behaved", noted at the end of the year the president of the French Federation (FFF) Noël Le Graët in an interview with AFP.

Prestige does not mean profitability

Centralized by UEFA and led by the marketing agency CAA Eleven, mandated by the European football body, the procedure initially brought together disappointing offers: with 2.4 million euros per match offered to the Blues according to a close source of the file, TF1 and M6 have remained well below the 3.5 million they currently pay for each meeting …

Over-the-counter negotiations have since opened, and the Federation hopes to reach an amount at least equal to that of the current cycle, even if it means redrawing the lots or shortening the period put on sale at first.

Have the Blues and their stars suddenly lost their power of seduction?

"Even with the France team, football is not a directly profitable product for free-to-air channels," Philippe Bailly, head of the consulting firm NPA, specializing in the media, told AFP.

"There is certainly a significant part of image, prestige and loyalty, but on matches with less stakes, the public is not deceived and neither are the channels".

The calendar is not conducive to major expenditure, before the 2022 World Cup scheduled for winter and already awarded to TF1 and beIN Sports: TF1 and M6 are engaged in a merger project by 2023 which blurs the future of two groups and de facto pulls prices down.

"I find it a bit of a shame that one of the first cost-saving measures in the coming merger between the two groups is to offer a smaller sum than before", regretted Noël Le Graët at the end of November, before promising in recent days progress "at the end of March" in an interview with Ouest-France.

The political situations - presidential election in France, war in Ukraine - and health are nevertheless all reasons for concern for the future finances of the FFF, which has recovered 33.6 million euros in TV rights for the France team. in 2020/21.

"TF1 and M6 remain in a year 2022 of convalescence, with also a lot of uncertainties. In the event of a good period, you can break the piggy bank for such an investment. When this is not the case, you pay attention to the expenses" , deciphers Philippe Bailly.

The Blues also suffer from the conditions for allocating their matches, considered "of major importance" and reserved for unencrypted channels, even if a paid co-broadcaster remains possible as long as a free player broadcasts all the matches.

But the actors are not legion.

"I do not see France TV embarking on the adventure when it has its own sporting rights to defend (Six Nations, Olympics, Roland-Garros...)", considers Philippe Bailly.

“As for the small chains, it is difficult to see how they will make the investment profitable”.