French Presidential: Eric Zemmour at the Trocadéro, a meeting and a controversy

Eric Zemmour chose to do his big meeting at the Trocadéro before the first round. In front of a crowded square, the Reconquest candidate, broken down in the polls, sent messages to the right… 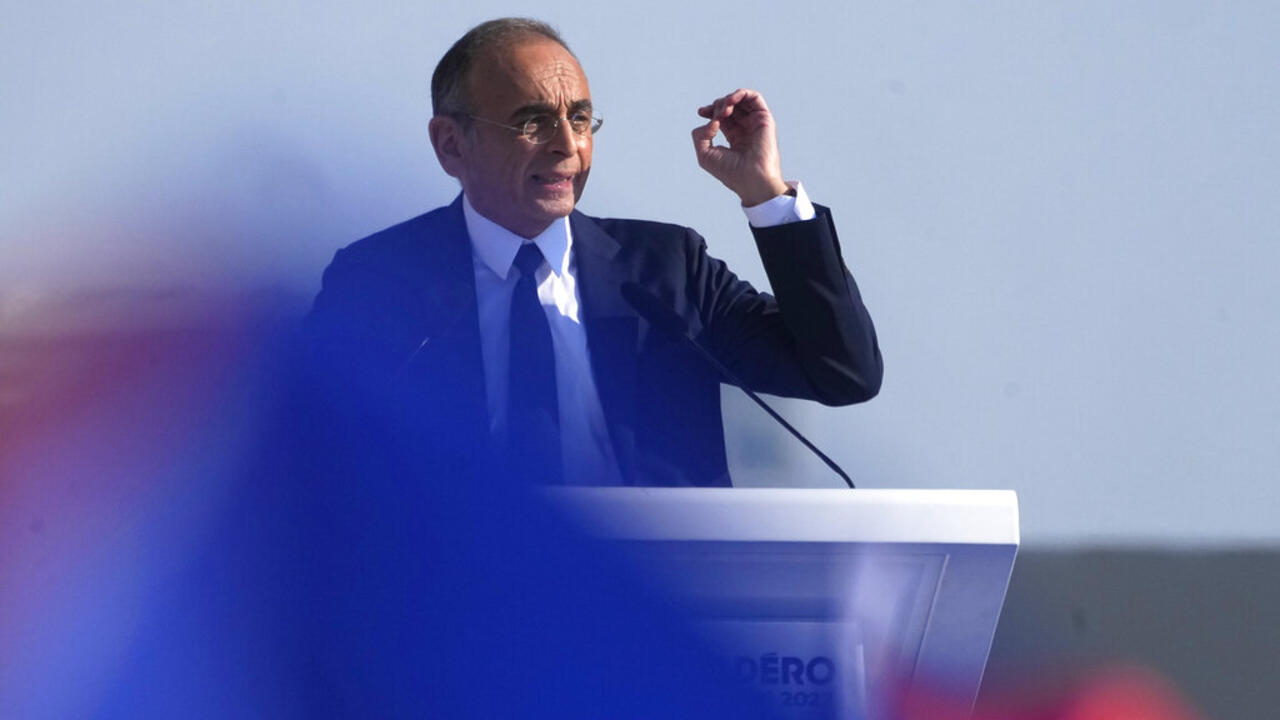 French Presidential: Eric Zemmour at the Trocadéro, a meeting and a controversy

Eric Zemmour during his meeting at the Trocadéro, in Paris, on March 27, 2022. AP - Michel Euler

Eric Zemmour chose to do his big meeting at the Trocadéro before the first round.

In front of a crowded place, the Reconquest candidate, broken down in the polls, sent messages to the conservative right, but he also let anti-Macron slogans chant.

An attitude that has been reproached to him.

The Eiffel Tower in the back, the crowd armed with tricolor flags in front of him, Eric Zemmour walks up to the desk, the music blasting to warm up the atmosphere.

The candidate who puts forward a huge figure to try to give credibility to his show of force.

And then, he explains what he came to look for at the Trocadéro: “

Eric Zemmour wants to unite the rights and go fishing for voters disappointed by Valérie Pécresse: “

To read also: Presidential 2022: Zemmour and Pécresse try to revive the time of a debate

Voters of this conservative right, the Trocadero right, there were some in the crowd, like this activist from Le Mans.

Basically, we are on the right, we are LR

”, says this voter who voted Sarkozy in 2012, then François Fillion in 2017. But this year, he will not vote Valérie Pécresse.

But the adversary is also Emmanuel Macron: “

Me, I am not vaccinated, I was considered an under-citizen.

Me too I fuck him, so I will not vote for him!

In the crowd too, the president is the subject of a rejection which manifests itself with a violent slogan chanted during the speech: "

Eric Zemmour did not react, an attitude immediately criticized by all his opponents and which caused a controversy in the face of which he was forced to react and let it be known that he condemned these remarks aimed at the president.

To read also: Presidential in France: excitement wins the campaign of Éric Zemmour