The leader of the Sadrist movement, Muqtada al-Sadr, expressed his refusal to return to the quotas over the formation of the next government, after Parliament failed to elect a president. For his part, Nouri al-Maliki considered what happened in Parliament a victory for the "guarantor third." 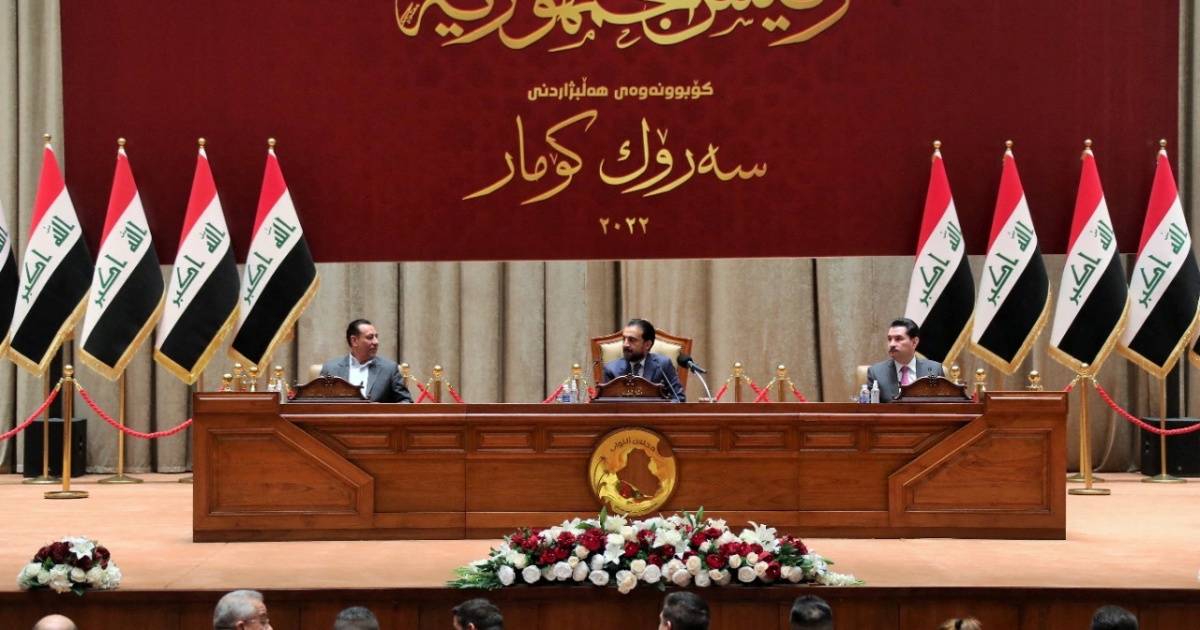 The leader of the Sadrist movement, Muqtada al-Sadr - whose list topped the last parliamentary elections - expressed his refusal to return to the quotas, which he described as "Al-Attar's mixture" regarding the formation of the next government, stressing his efforts to form a national majority government.

This came in a tweet on his Twitter page, after Parliament failed - yesterday, Saturday - to hold a session to elect a president of the country, due to the lack of a quorum, which requires the attendance of 220 parliamentarians out of 329, despite the passage of 5 months since the elections.

The parliament session was boycotted by al-Sadr's opponents in the coordinating framework that includes Shiite forces and factions, in addition to the Patriotic Union of Kurdistan.

their attendance at the meeting.

He added, "Your appointment will be renewed next Wednesday (the next session to elect the president) with those who will join again, to remove corruption, dependency and consensus," reiterating his efforts to form a national majority government.

Al-Sadr continued, "We will not go back to the Attar mixture. Today, we have proven and proved that there is no place for quotas. It was the most beautiful Iraqi mosaic, neither eastern nor western."

For his part, the leader in the coordination framework, the leader of the State of Law coalition, Nuri al-Maliki, said - in a press conference from Baghdad - that "what happened Saturday in Parliament is a victory for the guarantor third."

Al-Maliki added - and the leaders of the framework, including the head of the Al-Fateh Alliance Hadi Al-Amiri, and the leader of Asa’ib Ahl Al-Haq, Qais Al-Khazali - were standing next to him. The atmosphere of quarrels remained.

The framework forces are seeking - by disrupting the presidential election session - to push Al-Sadr to accept their participation in the next government, based on the consensus of all winners according to the custom followed for years, known as "quotas".

President of the Republic @BarhamSalih: The failure to complete the constitutional elections on time is unfortunate and all parties should engage in a serious dialogue to end the political crisis in the spirit of patriotism.

— Presidency of the Republic of Iraq (@IraqiPresidency) March 26, 2022

As for Iraqi President Barham Salih, he called on the political forces to hold an effective dialogue to get out of the crisis of electing the president and forming the new government, considering the continuation of the "political blockage" as unacceptable.

This came in a statement after the parliament failed to hold a session to elect a president.

Saleh said, "The lack of national understandings and the failure of the parliament session to complete the constitutional entitlements on time is unfortunate and worrying, more than 5 months after the early elections."

He considered that "the continuation of the state of political impasse amid the grave challenges facing the country, has become unacceptable."

Saleh added that the political forces are facing a critical national test, the difficult circumstances that the country has experienced and the current delicate circumstance, impose on everyone a historical responsibility and exceptional work to get out of the current crisis in the spirit of patriotism and solidarity.

It was customary for Sunnis to head the parliament, Kurds to head the republic, and Shiites to head the government, according to a constitutional custom followed since the 2005 elections.

The election of a new president for the country is an indispensable step to move forward in forming the next government, as differences continue over the candidates for the post of president and prime minister.