The president of the Xunta de Galicia and aspiring to lead the PP Alberto Núñez Feijóo has denounced the "arrogance" of President Pedro Sánchez as a cause of... 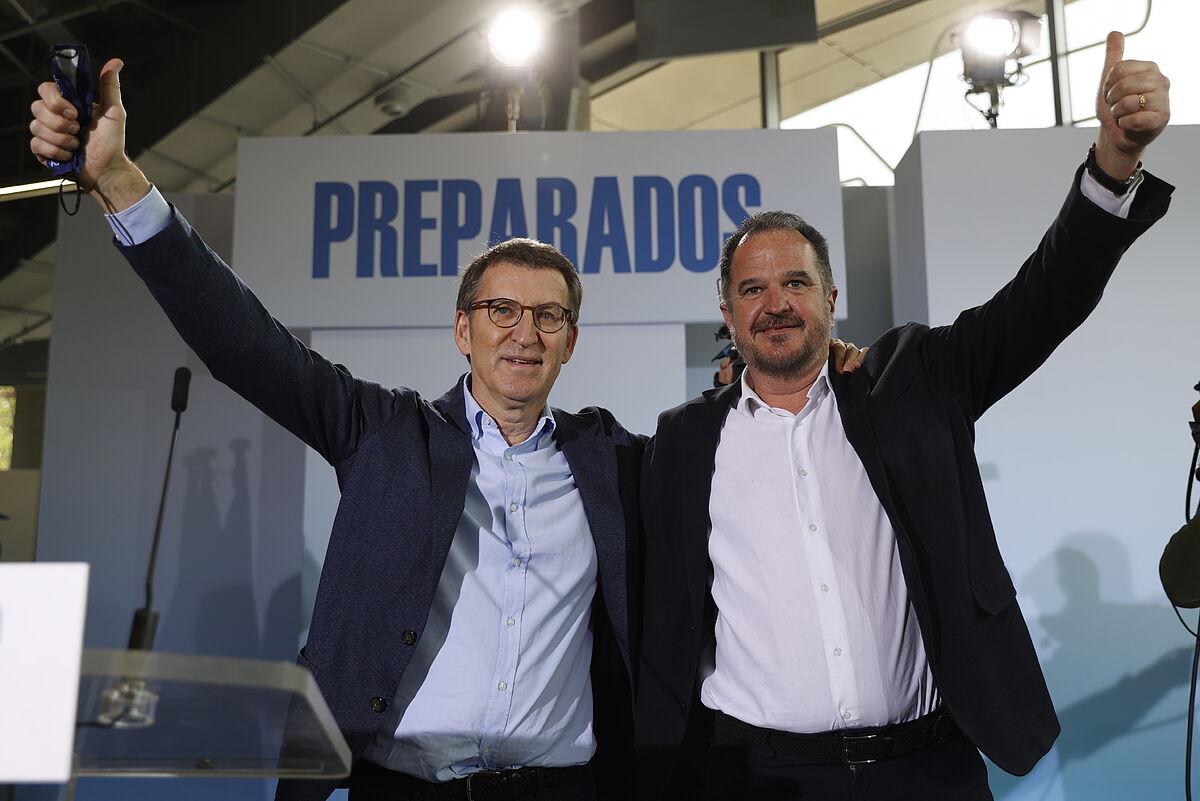 the "arrogance" of President Pedro Sánchez

as the cause of the

their "neglect and parsimony"

to adopt measures to be approved by the Council of Ministers on March 29 have aggravated the problems, according to Feijóo.

"It is necessary to act now, not at the end of the month"

, has underlined from Bilbao where he has started his last day of meetings with his affiliates before the extraordinary congress to be held in Seville on April 2 and 3.

Feijóo has charged Sánchez that he has used

to face one of the "most difficult moments in the history of Spain."

Hours after the agreement between the Executive and the transport associations was made public, the future president of the PP has warned that the current economic situation

is not only a consequence of the Russian invasion of Ukraine

Errors such as the "wrong energy policy" derived, according to Feijóo, from the closure of thermal plants without other alternatives in operation has resulted in

an increase in the CPI of 7.6% in the last year

An escalation of prices in all basic products that especially punishes the "lower classes, the workers" Feijóo has emphasized before a devoted audience that has packed the hall of the Euskalduna Palace in which the Basque PP has wanted to show its

unanimous support to their new leader

Because, as its host Carlos Iturgaiz wanted to point out, the party in Euskadi has found in Feijóo not only the solution to the internal crisis but also a

Iturgaiz, the veteran Basque leader to whom Pablo Casado turned to plug the traumatic farewell of Alfonso Alonso, has offered Feijóo to the Basque PP as

the "rowers" of a rowing boat

that must first lead him to the presidency of the party and,

sets the course and there is only you

", he has remarked in a mutual exchange of his personal cordiality and the links between Galicia and the Basque Country.

MemoriasGriñán: "If they prick you, you bleed, if they push you, you fall. And I bled and fell"