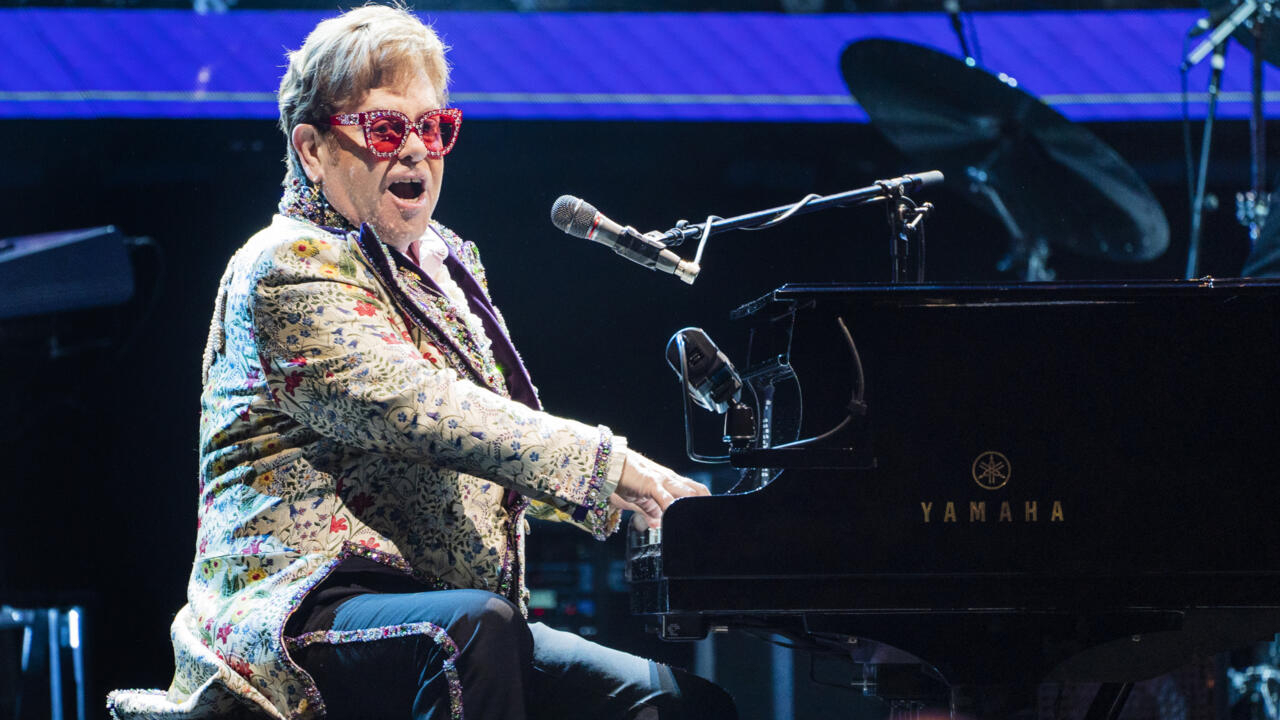 The singer, whose real name is Reginald Dwight, was born on March 25, 1947 in the northwest suburbs of London.

Knighted by Queen Elizabeth II in 1998 for his contribution to music and his commitment to associations - he is very committed to the fight against AIDS - "Sir Elton" has sold more than 300 million records worldwide.

"I'm not usually one to look back or get nostalgic, but 75 is a really important birthday," said the star of multiple hits like "Your Song," "Crocodile Rock," and "Candle In The Wind".

Elton John at a gala hosted by his AIDS foundation on February 9, 2020 in Los Angeles, California Tommaso Boddi Getty/AFP/Archives

"I feel incredibly lucky that at 75 I still love what I do so much - I'm still so energized by music and so happy to play it, listen to it and talk about it every day. “, added the singer whose rise was told in the film “Rocketman” (2019).

While on a global farewell tour dubbed "Farewell Yellow Brick Road", Elton John said "the thrill of playing live is as incredible as it was 50 years ago" and having "so much to pass on to the new generation of fans and artists".

It again recently reached the top of the charts.

Last year, his track "Cold Heart", a duet with singer Dua Lipa, ranked number one in the UK, as well as "Merry Christmas", a collaboration with Ed Sheeran released last Christmas.

British singer Elton John, on March 29, 1983 in Tunis, before receiving the "most expensive glasses in the world" offered by the jeweler Cartier GABRIEL DUVAL AFP / Archives

The eccentrically dressed superstar began her farewell tour in 2018, planning more than 300 dates in three years around the world, before it was disrupted by the coronavirus pandemic.

In October 2021, the singer also postponed this tour for three months due to hip surgery.

In January, he had to cancel two concerts planned in Dallas, in the south of the United States, having tested positive for Covid-19.