Somalia: more than 30 dead, including an opponent, in a double attack in the center of the country

Several suicide attacks hit the town of Beledweyne, north of Mogadishu, on Wednesday evening March 23, 2022. Several dozen people were killed in these attacks, once again… 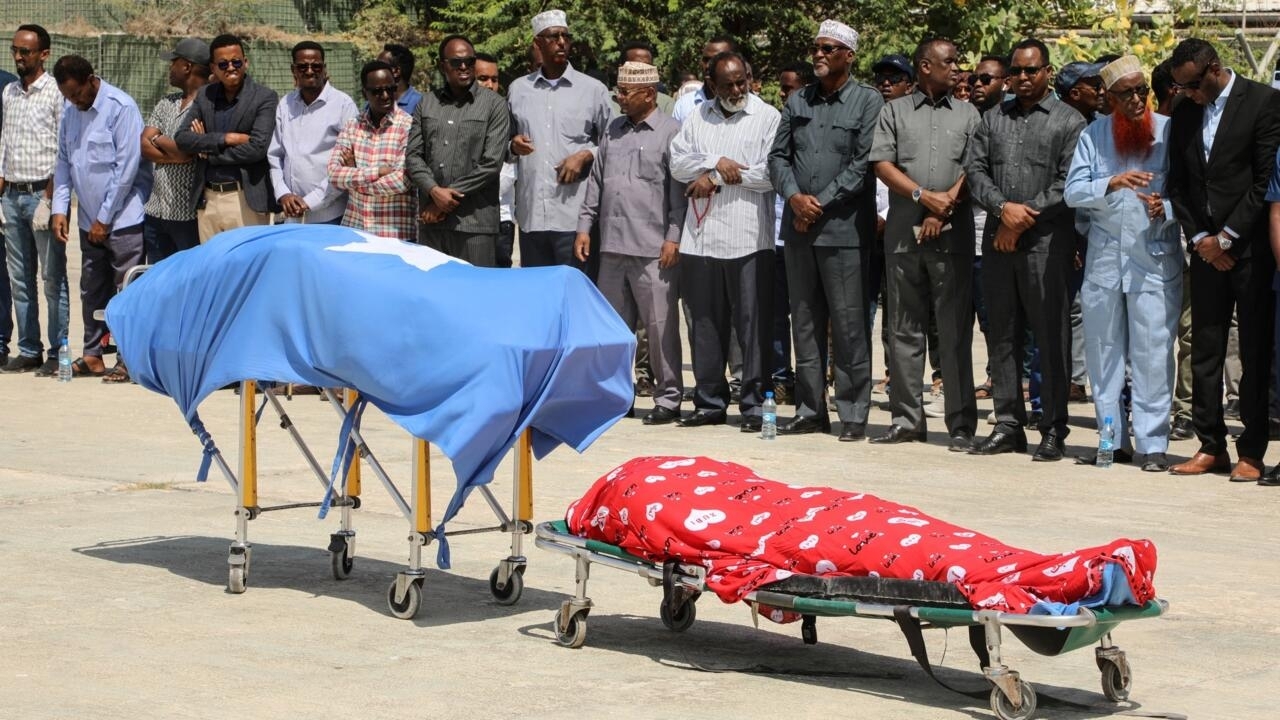 Somalia: more than 30 dead, including an opponent, in a double attack in the center of the country

The body of MP Amina Mohamed Abdi and another victim of the March 23, 2022 attack in Beledweyne, north of Mogadishu, Somalia.

Several dozen people were killed in these attacks, once again claimed by the jihadist group of Shebabs, which had carried out an attack against the "green zone" of the capital where the airport is located earlier in the day.

In the evening, one of these attacks targeted a particularly sensitive target: a woman, a figure in the opposition to the outgoing president and in the fight against impunity.

Her name was Amina Mohamed Abdi, she was forty years old.

responsible for electing a successor to her "pet peeve"

She accused him of having covered up the assassination last year of a young intelligence agent, Ikran Tahlil, under conditions suggesting that she might have been killed by her own services.

On Wednesday evening, a bomb exploded as she exited the governor's residence, killing her instantly, along with another deputy and a former cabinet minister.

A second attack hit the same town a little later, this time targeting the hospital where the victims were taken.

for the late Ikran Tahlil

," he said in a particularly offensive statement.

She was killed so that justice would not prevail

His assassination was also condemned by the UN, the European Union and several foreign personalities who knew of his work.

As for the former president of the state where Beledweyne is, his friend Mohamed Abdi Ware, he did not mince his words, accusing President Farmajo of being responsible "

no more no less

", he said. he hammered in his condolences to the victims.