Increased confidence in the Prime Minister

Confidence in Magdalena Andersson (S) has increased significantly and is approaching record levels, according to a survey from Novus. But for the Left Party's Nooshi Dadgostar, the form curve is clearly worse. 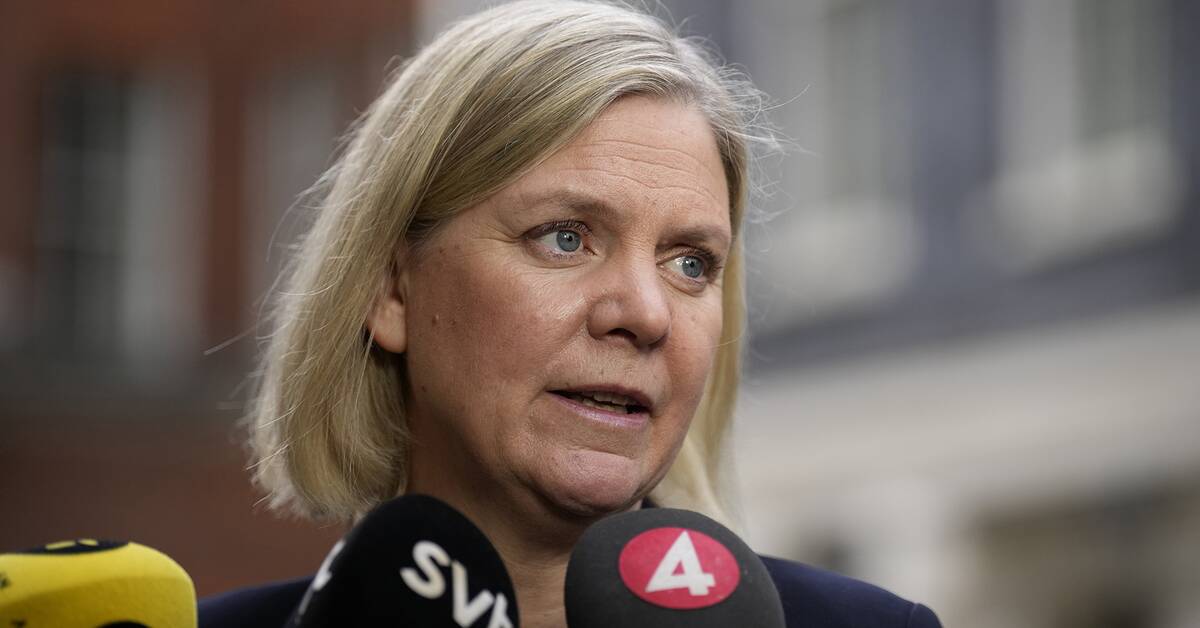 In the survey of voters 'confidence in the parliamentary parties' party leaders, the Prime Minister ends up at the top.

59 percent of those surveyed say that they have quite or very much confidence in Magdalena Andersson (S).

This is a significant increase from the 53 percent she reached in the corresponding survey in February.

- Behind the high numbers is that even sympathizers of the opposition parties in the second bloc have confidence in her, which we are not used to.

Not since Fredrik Reinfeldt's time as Prime Minister has anyone been able to bridge that gap in that way, says Torbjörn Sjöström, CEO of Novus.

The seats behind are dominated by opposition parties on the right.

Both Ulf Kristersson's (M) and Jimmie Åkesson's (SD) figures rise in the survey, but within the margin of error, together with partner Ebba Busch (KD), they still take the three places behind the Prime Minister in the top of confidence.

The only significant loss in the survey is the Left Party's Nooshi Dadgostar.

From 30 percent in February to 23 percent in March, after a period in which the party may have received the most attention for being the only one to vote no to delivering weapons to Ukraine, before swinging the day after the vote.

- Nooshi Dadgostar has had a period of high confidence since the government crisis last summer, but the loss is now a warning bell for V, says Torbjörn Sjöström, CEO of Novus.

- Times of war and crisis often benefit the incumbent government while others are left behind, which probably plays an important role here, writes Hanna Gedin (V), acting party secretary in a written comment.

The third guaranteed change in the survey is an increase in confidence in Liberal Party leader Nyamko Sabuni.

- Admittedly a significant increase, but from low levels and more will be required if they are to pass the parliamentary blockade in September, says Torbjörn Sjöström, CEO of Novus.

Annie Lööf (C) remains at the same level as a month ago, as well as the Green Party's two mouthpieces, which are still tough in terms of trust and remain at the bottom with only 6 percent trust each.

The war in Ukraine has resulted in a historically high level of support for the Prime Minister - hear Mats Knutson's analysis in the clip.