The Abu Dhabi Court for Family and Civil and Administrative Claims ruled to oblige a young man to return to a girl the amount of 35,794 dirhams, who had deceived her with a false marriage promise, and claimed that he needed the funds to establish a marital home, and the girl transferred the money to him in good faith, but he refused to return it. resident 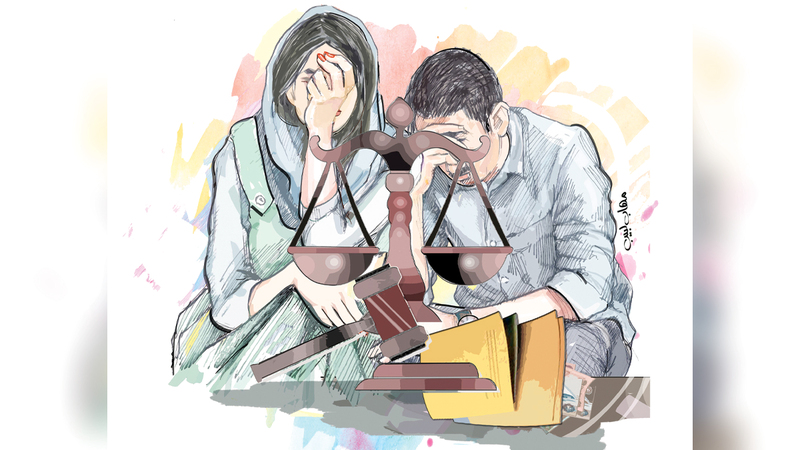 The Abu Dhabi Court for Family and Civil and Administrative Claims ordered a young man to return to a girl 35,794 dirhams, who had deceived her with a false marriage promise, and claimed that he needed the funds to establish a marital home, and the girl transferred the money to him in good faith, but he refused to return it.

In the details, a girl (resident) filed a lawsuit against a young man, demanding that he pay her an amount of 35,794 dirhams, and the legal interest at 12% from the date of filing the lawsuit until full payment, and obligating him to pay fees and expenses and in exchange for attorneys' fees.

She explained that the young man deluded her that he admired her and promised her to marry and prepare the marital home, and he was asking her to lend him sums of money, totaling 35,794 dirhams, noting that when she found out that she had fallen victim to a false marriage promise, she demanded the young man to pay the amount, but he was procrastinating and did not pay. In support of her claim, she attached photocopies of a money transfer receipt through an exchange office, and photos of correspondence via the social networking program "WhatsApp".

During the consideration of the case, the girl attended in person and with a lawyer, and the young man also attended. In the same session, the court ruled to take the complementary oath to the girl, so she agreed and swore that she had lent the defendant 35,794 dirhams in payments through an exchange company, and that his debt is still occupied with the full amount and he did not pay it or Part of it.

The court stated in the merits of the ruling that it is legally established that the creditor must prove his right and the debtor may deny it, and that according to the Evidence Law, the complementary oath is nothing but a procedure that the judge takes on his own in his desire to investigate the truth to complete incomplete evidence when the case is devoid of complete evidence, indicating The court saw in the messages of the social networking program “WhatsApp” and the transfer receipts submitted in the lawsuit, which constitutes preliminary evidence, but it is not sufficient to form the court’s doctrine, since these messages and receipts do not explain the reason for the transaction that took place between the two parties to the lawsuit, so the court decided to direct the oath Complementing the plaintiff, she took the oath in accordance with the prescribed form.

The court indicated that by the plaintiff’s taking the complementary oath, the case would be established before the court, and the defendant’s preoccupation with the amount of the claim in favor of the plaintiff was proved correct. This judgment is final until full payment, not exceeding the original amount awarded, and obligating him to pay fees and expenses.

• The Abu Dhabi Court obligated the young man to return the money to the girl.