The Japanese Naomi Osaka, former world number 1, reassured herself by beating Wednesday in two sets, 6-3, 6-4, the Australian Astra Sharma in the 1st round of the WTA tournament in Miami, where she feels "at … 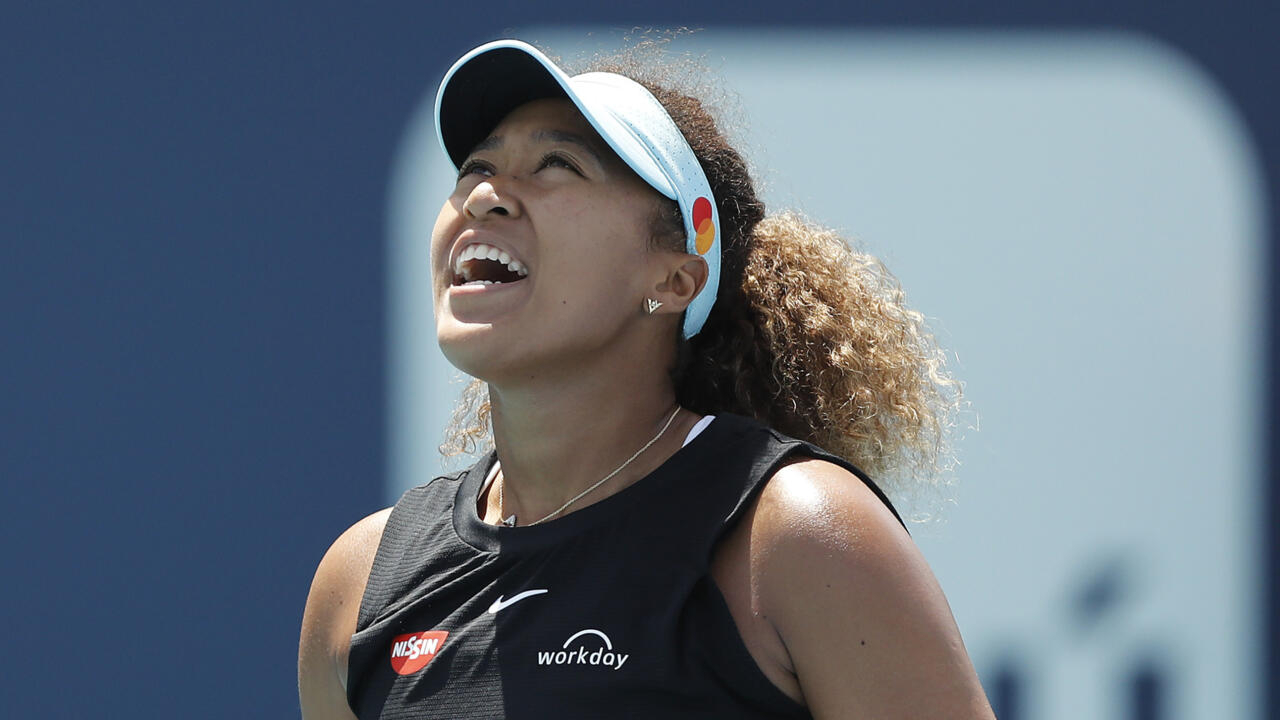 Quarter-finalist in Miami last year, the former world number 1 was eliminated in the second round in Indian Wells, 6-0, 6-4, ten days ago, against Russian Veronika Kudermetova, after having wiped away a few tears, on his chair, after the cry of a spectator: "Naomi, you suck."

Japanese Naomi Osaka, after a game interruption due to a spectator shouting "Naomi, you suck", during her second round match against Russian Veronika Kudermetova, March 12, 2022 in Indian Wells (California) CLIVE BRUNSKILL GETTY IMAGES NORTH AMERICA/AFP/Archives

Nothing like that happened on Wednesday in Miami and Osaka, down to 77th in the WTA rankings, didn't shy away from the subject when she was asked on the court after her victory: "I didn't want to be bored by anything, I wanted to prove that I could come back and play well“, she declared, hot.

Visibly in great shape, Osaka dispatched Sharma in 1 hour and 20 minutes, being intractable on her serve and finding, in the exchanges, many diagonals impossible to return by the Australian, 96th in the world.

"I'm really happy, because I consider this tournament a bit like mine. I feel at home because I grew up in Florida, in Fort Lauderdale", she added, visibly relieved, she who still loves so much "come here once a year, to also enjoy Asian cuisine".

At the very beginning of the year, for her return to competition in Australia after a mentally difficult 2021, and her tears at the US Open, which went around the world, the 24-year-old young woman, in plagued with anxiety issues, said "just want to feel pleasure" on the court.

In the next round, Osaka will undergo an important test of her current form, physical and mental, against the German Angelique Kerber, 34 years old and still 15th player in the world.