Kyiv accused Russian forces of thwarting attempts to evacuate tens of thousands of trapped residents in the besieged city of Mariupol in southeastern Ukraine, at a time when a UN official spoke of "terrifying stories" arriving from there since the beginning of the war. 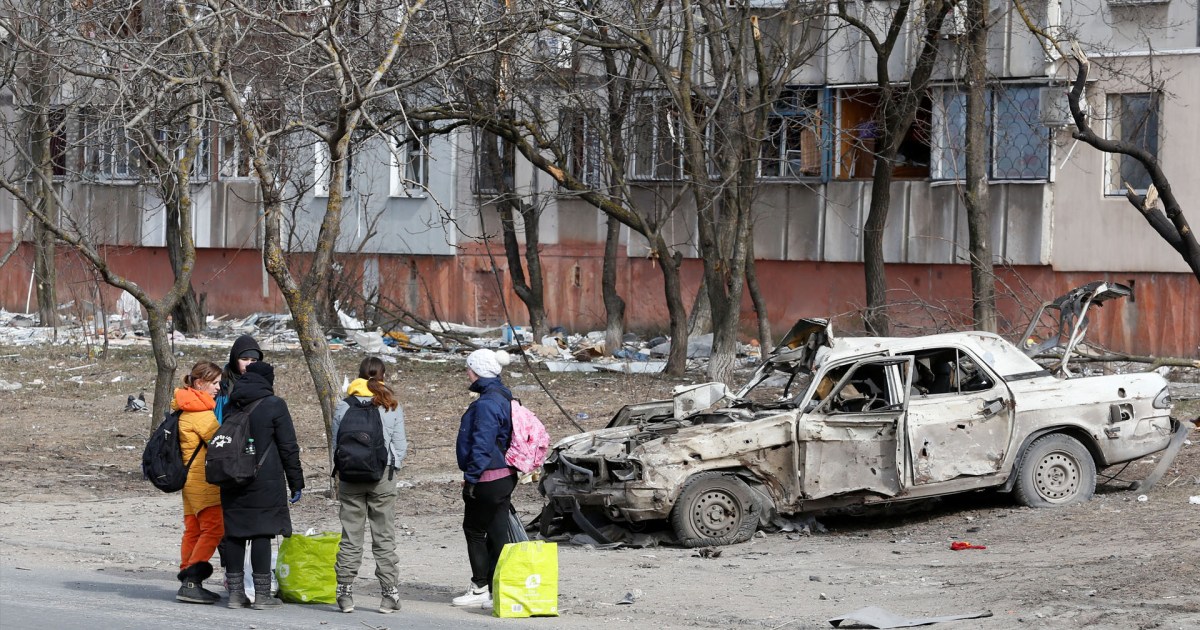 Kyiv accused Russian forces of thwarting attempts to evacuate tens of thousands of trapped residents in the besieged city of Mariupol (southeast of Ukraine), at a time when a UN official spoke of "terrifying stories" arriving from there since the start of the war 27 days ago.

He accused the Russian forces of thwarting attempts to evacuate civilians from the city.

Ukrainian Deputy Prime Minister Irina Vereshchuk also confirmed that at least 100,000 civilians wanted to flee Mariupol, but were unable to do so due to the lack of safe corridors.

She added that the bombing of Russian forces also prevented rescue workers from reaching the site of a theater where hundreds of civilians were sheltering and was bombed in Mariupol last week.

Vereshchuk stressed that efforts are currently focused on evacuating civilians from Mariupol and that no new corridors have been agreed with the Russians.

It issued a new appeal on Ukrainian television to the Moscow authorities to allow humanitarian supplies to reach the city, and to allow civilians to leave.

The Russian Defense Ministry had announced a few days ago that its forces would ensure a safe exit from Mariupol, and preserve the lives of all those who lay down their arms, while the city council said that the Russian bombing had reduced the city to "ashes".

Russia's control of Mariupol, which overlooks the Sea of ​​Azov, will allow Russia to link areas controlled by its separatists in the east to Crimea, which Moscow annexed in 2014.

without food or water

With the Russian war on Ukraine reaching its 28th day, human rights sources said that thousands of people in Mariupol are trapped inside buildings without food, water, electricity or heating.

In this context, the Director-General of the International Organization for Migration, Antonio Vitorino, said that "the scale of human suffering and forced displacement due to the war far exceeds the expected worst-case scenario."

WHO spokesman Paul Dillon said horrific stories were coming in from Mariupol and other cities in Ukraine.

Dillon added - in a previous publication to the island - that 6.5 million people have become displaced as a result of Russia's war on Ukraine.

He stressed that the organization "works with international partners in humanitarian issues to provide assistance to people who need it most, and we have registered the displacement of 1.5 million people due to the war, and we are also working to provide medicine and blankets for the displaced and refugees in coordination with the government and our local partners."

In the city of Kherson (southern Ukraine), Foreign Ministry spokesman Oleg Nikolenko said that 300,000 citizens are facing a humanitarian catastrophe due to the blockade imposed by the Russian army on it.

"Food and medical supplies almost run out, but Russia refuses to open humanitarian corridors to evacuate civilians," he said on Twitter.