The British Independent newspaper revealed the detention of non-white refugees fleeing Ukraine in the immigration facilities of the European Union authorities, adding that this sparked widespread condemnation, describing the detention as "discriminatory and unacceptable". 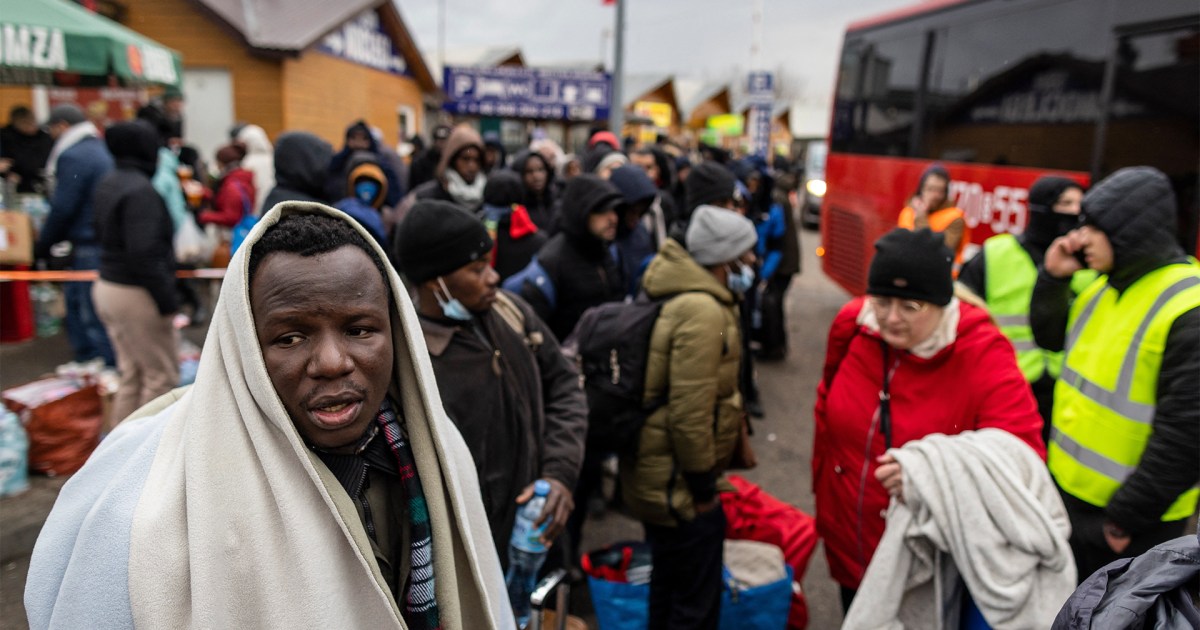 The British newspaper, The Independent, revealed the detention of non-white refugees fleeing Ukraine in immigration facilities of the European Union authorities, adding that this sparked widespread condemnation, describing the detention as “discriminatory and unacceptable”.

The newspaper pointed out in a report that 52 citizens of African and Asian countries who crossed the border from Ukraine to Poland have been detained for weeks in closed facilities in the village of Lisznola, 40 km from the Polish capital Warsaw.

One of the detainees, a Nigerian student, said that before taking them to the detention facility, officials stopped them and forced them to sign a document written in Polish, not knowing what it contained, and that they did not know how long their detention would last.

The Nigerian student, named Gabriel, said he was afraid of what would happen to him after spending more than 3 weeks in detention.

Ryan Schroeder, a press officer with the International Organization for Migration (IOM), confirmed that the organization was aware of 3 other facilities in Poland where citizens of African and Asian countries are brought from Ukraine and lack appropriate travel documents, for the purpose of identity verification.

Even if member states choose not to apply “temporary protection” to legal residents of Ukraine, they should give them “simplified entry, humanitarian support and safe passage to their country of origin,” Steve Pierce, professor of European Union law in the United Kingdom, noted, adding that there were no acceptable grounds for detaining them. immigrants under these conditions.

Jeff Crisp, former head of policy, development and evaluation at the United Nations High Commissioner for Refugees, described the detention as "unsatisfactory and discriminatory," adding that they should be released immediately and treated on equal terms with all other refugees who were forced to leave Ukraine, noting that they witnessed an ugly reality. , which is that some blacks and people of color fleeing Ukraine and other wars and conflicts around the world have not received the same treatment as Ukrainian refugees.

Activist Krane, who supports affected students on a voluntary basis, said there is an emerging pattern of arbitrary detention of students from Ukraine fleeing the war, noting that there are other cases in Austria and Germany involving students who have applied for asylum or requested permits to stay.