Gold is a haven for investors.. How to save your savings in light of global turmoil?

Investors often view gold as a safe haven and a natural hedge against inflation, holding its value in times of economic turmoil, so the recent period has seen a rally for the yellow metal. 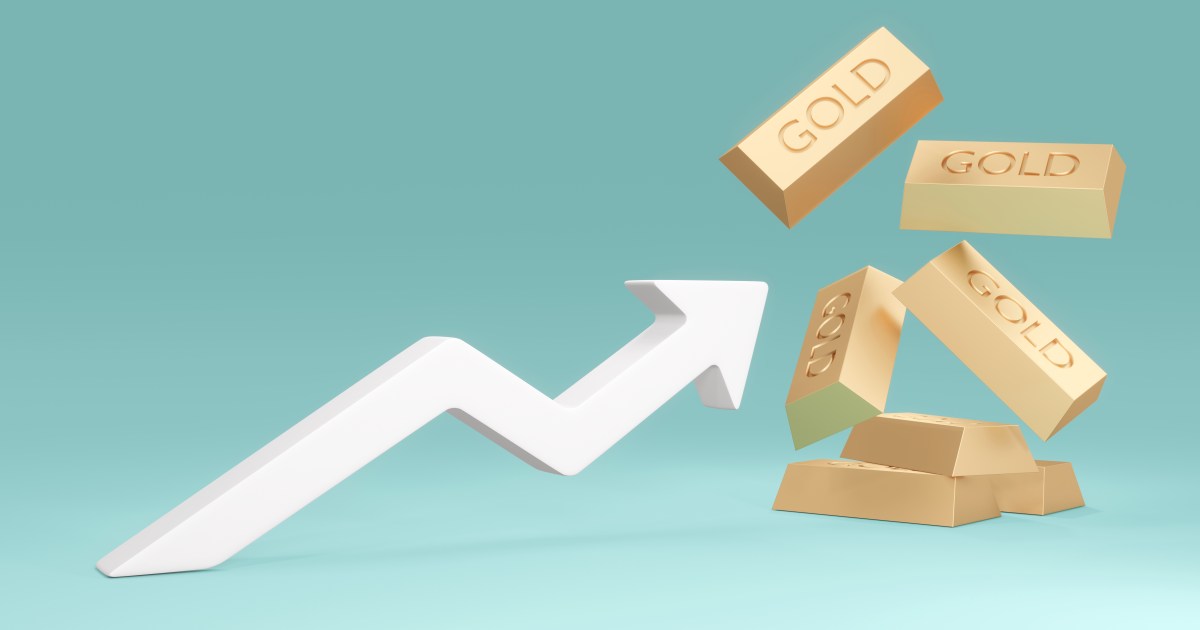 The tendency of investors to gold in times of turmoil is known since ancient times.

The invasion of Ukraine, and the subsequent disruption in the supply of goods, sharply increased inflation and resulted in a rise in gold prices on world markets.

The price of gold reached $2,000 an ounce this month, leading analysts to expect it to break records and reach $2,500 by the end of the year.

However, gold saw its worst weekly decline in nearly 4 months.

The British Times magazine published an article in which it stated that investors often view gold as a safe haven and a natural hedge against inflation, as it retains its value during times of economic turmoil, so they are scrambling for the yellow metal in recent times.

The article points out that investors who expect the rally to continue should not rush to put their money into physical gold that pays no interest or any dividends.

There are other ways to be exposed to the rise of gold.

One of the most popular ways is to invest in exchange-traded funds, which are designed to track the price of gold.

Yellow metal ETFs include those that invest directly in physical gold, or follow a basket of shares from miners of the precious metal.

The net inflows of gold-traded funds last February amounted to $2.1 billion, according to the World Gold Council, compared to net outflows of $9 billion last year.

However, shares traded in the yellow metal such as the Canadian Yamana Gold, as well as the Mexican miner Fresnello, outperformed the Footsie all-share index.

The increase in gold prices is expected to lead to higher shares in Yamana Gold and Fresnillo, which will benefit cash flows, according to Peter Marron, CEO of Yamana, which has mines in North and South America.

At the same time, shares of large and diversified industrial metal producers such as Rio Tinto, Anglo American and Glencore rose.

In the past two years, the FTSE 350 Industrial and Mining Metals Index has outperformed the FTSE Gold Mining Index.

The flight to gold, during the early months of the pandemic, gave way to a sharp shift toward industrial mining stocks during the second half of 2020, as demand rebounded faster than supply.

Tight stocks of commodities such as iron ore and copper may lead to a long-term rise in prices for these producers against gold.

The increased demand for metals (such as nickel and copper) - in the shift towards new technologies in renewable energy generation and electric cars - may be more supportive of stocks in diversified large mining companies, compared to their gold counterparts.

Rising prices for raw materials, labor and energy mean that owners of stocks trading in the yellow metal may not feel the full benefit of the sharp rise in the price of gold.

The gold companies have let themselves down over the past 20 years or so, while the price of gold is rising and production costs are rising even more.