Abu Dhabi Police, in cooperation with the Department of Community Development, the General Women's Union, and the Abu Dhabi Center for Shelter and Humanitarian Care (Ewaa), launched a comprehensive campaign to combat drugs and educate the community about the importance of continuous solidarity between the family and the competent authorities, to protect children from falling into the clutches of drug abuse. 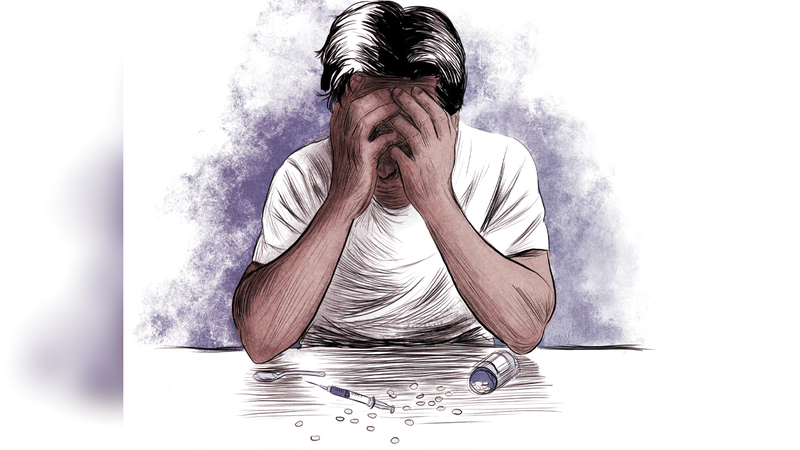 Abu Dhabi Police, in cooperation with the Department of Community Development, the General Women's Union, and the Abu Dhabi Center for Shelter and Humanitarian Care (Ewaa), launched a comprehensive campaign to combat drugs and educate the community about the importance of continuous solidarity between the family and the competent authorities, to protect children from falling into the clutches of drugs, and to prevent their destructive effects. for young people.

The Director General of Abu Dhabi Police, Major General Maktoum Ali Al Sharifi, stated that the campaign highlights the dire consequences of drugs on youth, families, and society as a whole, as they are the most important human element in continuing the path of development and leadership.

He stressed the need for parents to play the supervisory and guiding role expected of them to protect their children, prevent them from falling prey to drugs, and follow up on abnormal changes that occur in their behavior and general appearance, which help a lot in the early detection of their involvement in drug abuse, stressing the importance of communicating immediately, with The competent authorities, for assistance and support.

For his part, the Undersecretary of the Department of Community Development in Abu Dhabi, Hamad Ali Al Dhaheri, affirmed that “the file of drug abuse and addiction is one of the priority topics in the agenda of the social sector in the Emirate of Abu Dhabi, and we seek, with our partners, to activate an integrated system and strategy that ensures the prevention of children from the danger of initiation.” in substance abuse, in addition to providing mechanisms for early detection and intervention, in order to reduce the development of abuse into addiction, and we also aim to empower families with parental skills that are considered a protection factor from the danger of abuse, and contribute to refining the children’s personality, to be active members of society, They are able to face all kinds of pressures.

For her part, the Secretary-General of the General Women's Union, Noura Al Suwaidi, said that the UAE is going with all its might to stave off the dangers of addiction and protect young people and society, according to an integrated system of care and protection, adopted by several parties, led by the Ministry of Interior, which is making great efforts to uproot this problem from its roots. according to the latest systems.

She explained that the General Women's Union, under the directives of Her Highness Sheikha Fatima bint Mubarak, Chairwoman of the General Women's Union, President of the Supreme Council for Motherhood and Childhood, and Supreme Chairwoman of the Family Development Foundation "Mother of the Emirates", is launching several awareness initiatives to limit the spread, control and fight drugs, as an extension of the efforts that It was carried out in cooperation with its strategic partners in the first edition of the campaign, stressing the importance of the family's role in supporting all efforts made by the competent authorities, whether governmental, civil or private.

The Director-General of the Abu Dhabi Center for Accommodation and Humanitarian Care (Ewaa), Sarah Shuhail, stated that the center is ready to provide support and expertise in the areas of shelter and rehabilitation, including recovering women from addiction, who need counseling, an idea under study, to help women recovering from addiction return. The gradual return to their normal lives, a common responsibility that we all take upon us, to protect and rescue victims of human trafficking, which confirms the importance of this initiative, which we hope will be followed by other initiatives that serve the stability of society and the happiness of its children.